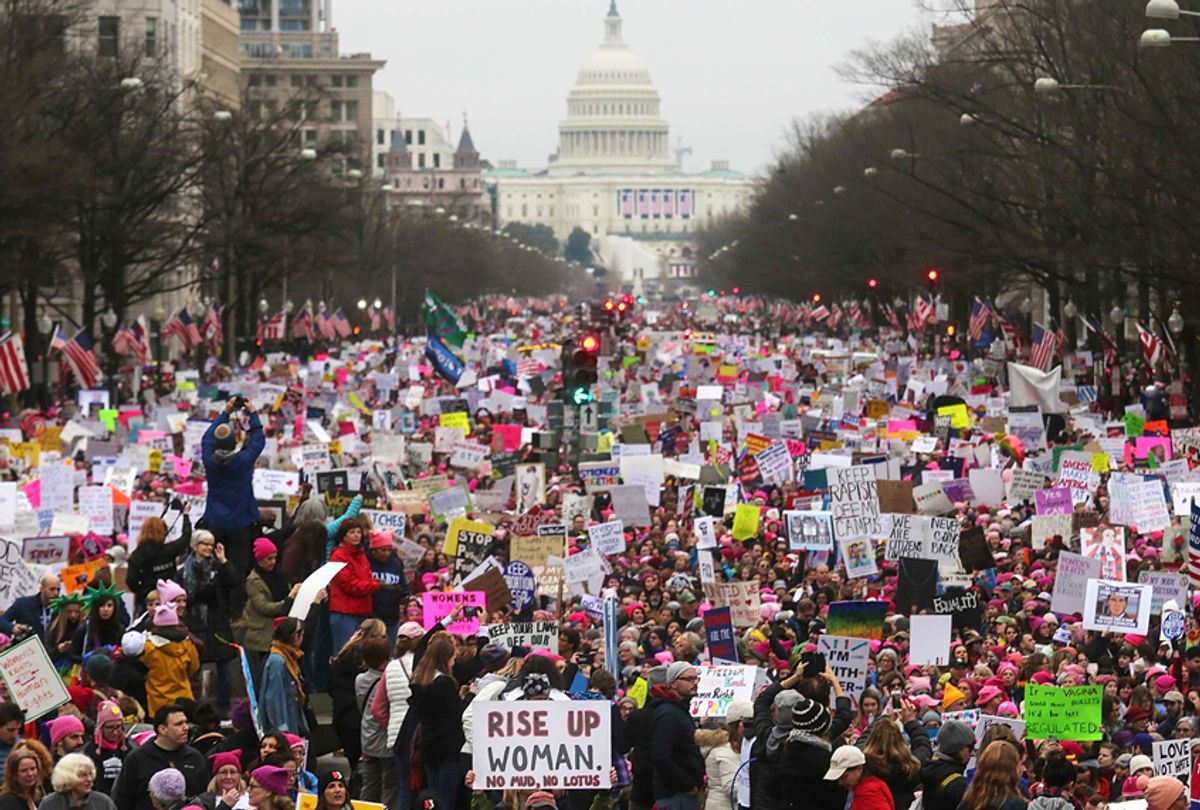 One year after the inauguration of President Donald Trump, thousands of people will again march in protest of the Trump Administration and equal rights at the 2018 Women’s March.

As with the first iteration of the demonstration — which occurred the day after the president's inauguration in 2017 — the mission of the Women’s March is to promote increased access to reproductive healthcare services, women's rights in general, LGBTQ rights, ending violence against minority groups and a host of progressive causes. Of course, it's thus a full-throated cry against Trump and his agenda.

Last year’s demonstration drew an estimated 3 to 4 million people across several cities — a total roughly three times the size of Trump's inauguration — according to crowd-counting scientists at Manchester Metropolitan University in Britain as cited by The New York Times. The turnout at the 2017 Women's March made it "likely the largest single-day demonstration in recorded U.S. history," political scientists writing at the Washington Post said. As well, last year’s event ignited 673 "sister marches" around the world.

Following a national moment of reckoning over sexual misconduct – and after one year of oppressive and racist words and policies by the Trump Administration – this year's edition has the potential to be even larger.

This year’s biggest demonstrations are set to take place in the country’s cosmopolitan centers. More than 30,000 New Yorkers are expected to march on Saturday; 80,000 others are “maybes,” according to the group’s event on Facebook.

The figures in Philadelphia, Los Angeles, Washington D.C., and Chicago are also expected to exceed 20,000.

As well, marches are planned all over the country. You can search by city, state, or country on the Women’s March website and find planned demonstrations in nearly almost all 50 states.