One year after the Women's March: Liberation is still the goal

When I spoke on the Mall that day, I brought with me a deep sense of responsibility to speak truth to power 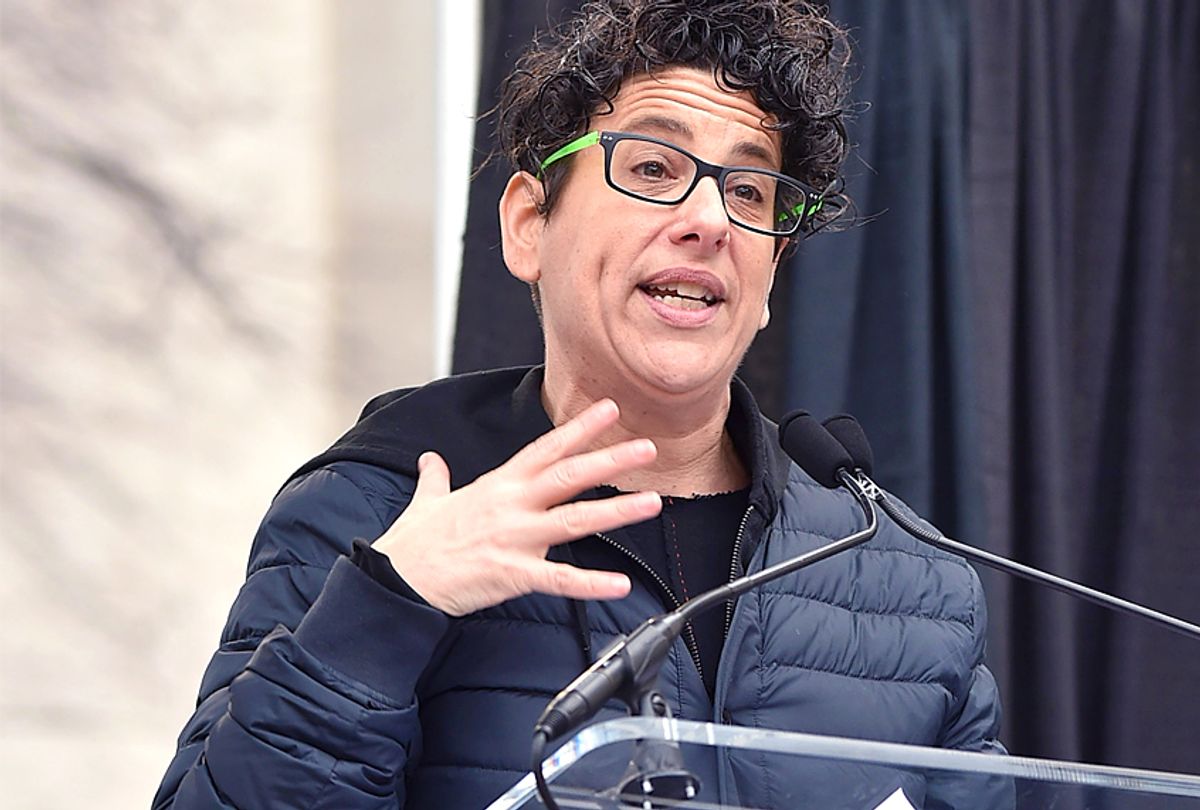 One year ago, I stood on the National Mall. Before me, as far as I could see, the crowd — a sea of pink hats — began to expand and then overflow as time ticked on. I was at the Women’s March in Washington, D.C.; you may have been there too. First-time activists stood shoulder to shoulder with those whose buttons and time-tested chants signaled that they had lived their lives on the front lines, fighting for justice, all of us bracing ourselves for what could follow the inauguration of a man who bragged about sexual assault, lied unabashedly and was sowing hate across this nation like seeds of grain.

When I spoke on the Mall that day, I was one of few queer voices elevated to the stage, and knew I had to address the LGBTQI community, and I had to address the world as a member of that community. I was representing the whole of us in that moment. How was my voice necessary in that space? What truth could I uniquely bring forward? I asked the audience, “What do you need with a big old queer like me?” The reality is that the layers of who I brought to that stage — who I bring to any stage —  were relevant and important. As a multiracial, multi-ethnic, queer masculine lesbian woman in my 40s, I bring with me a deep sense of history and an even deeper sense of responsibility to speak truth to power.

That moment came on the heels of an election cycle that had reached into the worst of our history, both on this soil and abroad, during which we’d all just witnessed “political rallies” that boldly leaned into the dog-whistle language of Jim Crow, amplified to bullhorn strength. Even though we were unsure of what was going to happen next, as we stood on the Mall, I knew for certain that telling the truth of the consequences of choosing this president would need to be my guide.

When we look back now, we recognize this administration as a product of the country we have been living in all along. U.S. history shows us this. World history shows us what hyper-nationalist states require, and we know which voices are immediately silenced in order to erode democratic possibility.

As the leader of Astraea, a global LGBTQI philanthropic organization that has worked in 99 countries — almost half the world — with people living under every type of regime and some thriving democracies, we know what it looks like when the doors of democracy start to close. We know what the signs of this closing are: marginalized people — religious minorities, LGBTQI folks, all people of color, women and anyone who can be deemed “foreign” — start to get scapegoated. Suddenly, living in a pluralistic society is anathema to the country’s very survival. “Morality” becomes a code for discrimination, violence is not only tolerated but encouraged, and the rights to gather freely, to have a voice, to have an independent media, to have a vote, to access health care and education — anything that makes you an active free citizen — gets twisted into threats to the State.

With this in mind, we must contextualize the current state of affairs beyond politics as usual. The constant threats of war being waged via Twitter and the degradation of the presidency unraveling one racist insult and executive order at a time are, in fact, extreme. Fascist oppression and xenophobia will feed on the divisiveness, segregation and racism that already exist in our country’s design, if we let them.

What I understood the most, from all that I’d seen in the present tense, both here and around the world, and everything that I’d absorbed as a student of history, was that the only way for this extremism to reign is for us to let it happen. Our hope, and the key to mitigating the damage and tide turn this administration was far too eager to incite, was to hold the power and energy we created on the Mall and around the globe that day and rally every day for the next four years and make our own wall against evil and our own force for good.

This moment, while rife with what feels like the non-stop inundation of disaster, is also filled with possibility. We are in a “no holds-barred” moment, on the precipice of burning down antiquated notions of who is “American” and rebuilding a space of liberation where all have an opportunity to be seen and heard — some for the very first time. Sometimes it is necessary to have a breakdown in order to truly have a breakthrough. We need to treat this time as a “leapfrog moment” and jump ahead and reorder our possibilities. We need to treat this moment in time as the empire’s last gasps of breath.

Liberation is always a worthy fight. If you reflect on the numbers of those in pink hats last year, the amount of people who showed up at the airports at the onset of the Muslim ban, the thousands of people who’ve boldly proclaimed #MeToo and #TimesUp, the numbers of black women who came out to vote in Alabama alone — and rightfully count them among the resistance — we must trust our ability both to be spontaneous and to organize. We do rally for good. Our sheer numbers prove so. We will persevere. We know what we need, and we have the tools — it’s time to hack our democracy in order to ensure our sustained liberation.

J. Bob Alotta is a lifelong activist, filmmaker and Executive Director at the Astraea Lesbian Foundation for Justice, a global foundation based in NYC that provides critical resources to LGBTQI organizations and individuals around the world. Bob was one of the only MainStage speakers representing a queer organization at last year’s Women’s March on Washington.