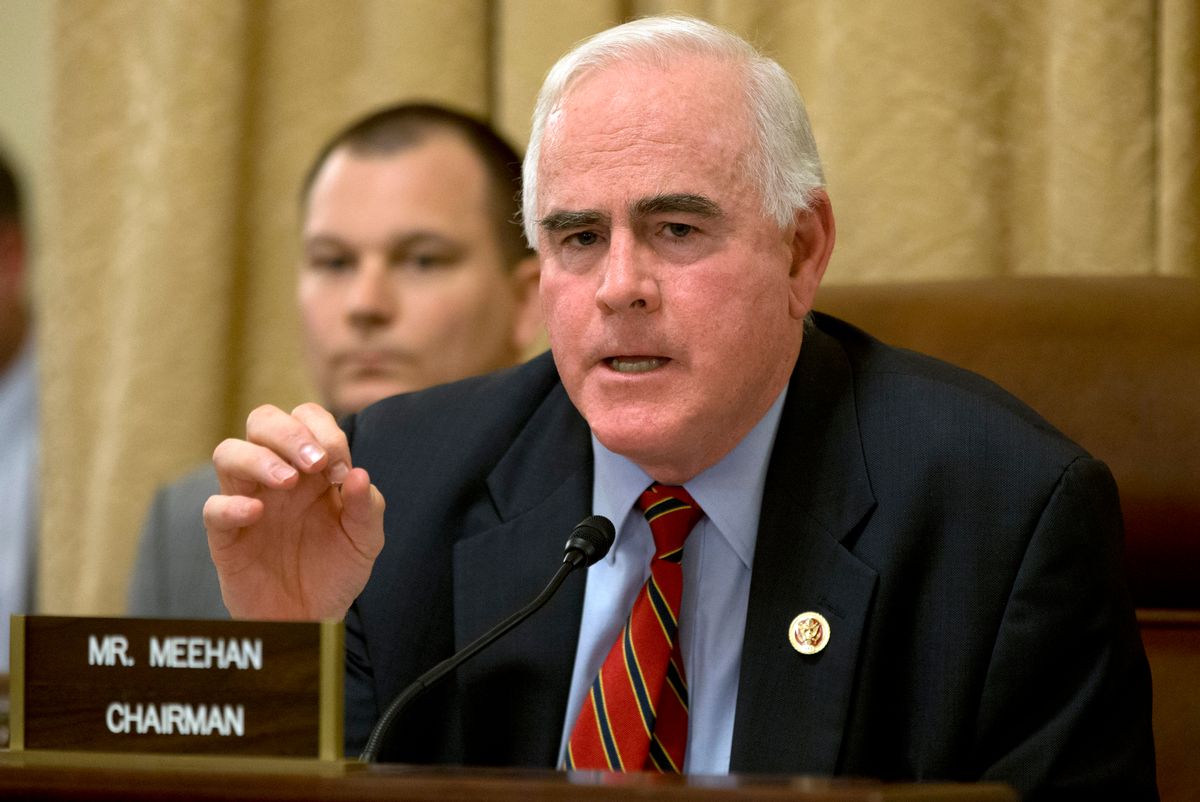 FILE - In this March 20, 2013, file photo, Rep. Patrick Meehan, R-Pa. speaks on Capitol Hill in Washington. Republicans love cutting taxes, especially if they were authored by a president named Barack Obama. But as they push their wobbly effort to erase his health care overhaul, they’re divided over whether to repeal the levies the law imposed to pay for its expanded coverage for millions of Americans. (AP Photo/Jacquelyn Martin, File) (AP)
--

Representative Patrick Meehan, R-Pa., has been removed from the Ethics Committee, multiple outlets report. The removal follows a report in the New York Times alleging that Meehan used taxpayer money to settle an alleged misconduct complaint made by a former aide.

Meehan was a member of the House Ethics Committee which is tasked to investigate misconduct claims. He's also been an advocate in combatting sexual assault and violence, supporting legislation such as the Hold Accountable and Lend Transparency (HALT) Campus Sexual Violence Act with Sen. Jackie Speier, D-Calif., in 2015.

The New York Times published a report on the morning of Jan. 20 alleging that Meehan used "thousands of dollars in taxpayer money" to settle a misconduct complaint after a former female aide accused him of making unwanted romantic propositions.

According to the report, Meehan—a married father of three—allegedly had "long expressed interest in the personal life of the aide, who was decades younger and had regarded the congressman as a father figure." The report is based on 10 interviews the New York Times conducted with the former aide's friends, former colleagues, and those who worked around the office.

But after the woman became involved in a serious relationship with someone outside the office last year, Mr. Meehan professed his romantic desires for her — first in person, and then in a handwritten letter — and he grew hostile when she did not reciprocate, the people familiar with her time in the office said.

Life in the office became untenable, so she initiated the complaint process, started working from home and ultimately left the job. She later reached a confidential agreement with Mr. Meehan’s office that included a settlement for an undisclosed amount to be paid from Mr. Meehan’s congressional office fund.

The report alleges the handling of the alleged complaint included "aggressive pushback" from representatives in Meehan's office. It allegedly led the former aide to alienation from friends, family, her boyfriend, and former colleagues. According to the report, the former aide left the job, moved back in with her parents and eventually started "a new life abroad."

The alleged settlement payout amount is unknown, but the report claims that's because it came from a "congressional office fund" that enables payments to be disguised as salary.

Meehan's communications director, John Elizandro, told the New York Times that Meehan “denies these allegations” and “has always treated his colleagues, male and female, with the utmost respect and professionalism.”