The death of American diplomacy 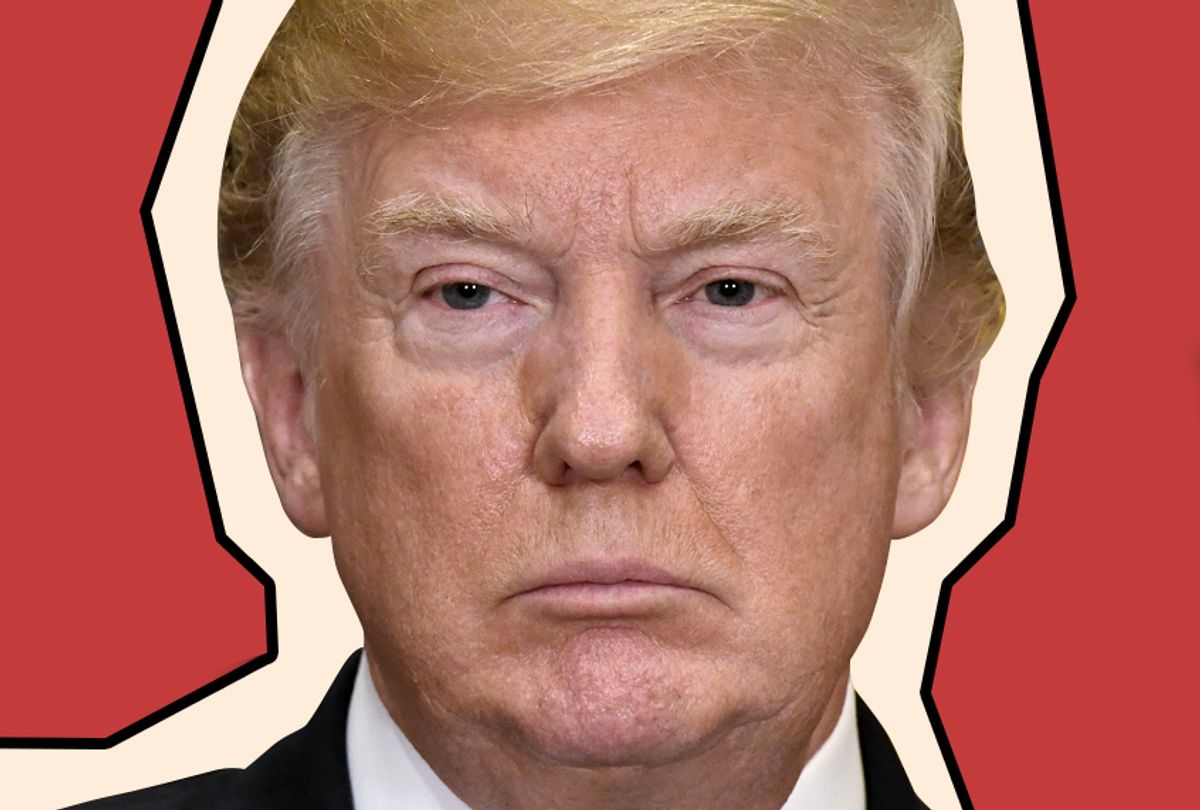 Documentary filmmaker Greg Barker set out to make “The Final Year,” a film about the Obama administration’s foreign policy team in its last year, as an inside look at ordinary people in extraordinary jobs. Little did he know that what was meant to be a film about the human side of the Obama team would actually serve to document what may well be the end of U.S. diplomacy.

As we come to the one-year mark since Donald Trump took the oath of office of the President, it’s hard to measure exactly which of his many failures and disasters to focus on. But a strong case can be made that Trump’s war on diplomacy may be his most lasting and damaging legacy.

Even before Trump took office, experts knew that he would bring an erratic and inconsistent foreign policy to the White House. A research paper by Flynt Leverett for the Royal Institute of International Affairs (Chatham House), an international think tank, claimed early on that Trump’s mood swings, his Islamophobic attitudes and his hawkish advisors would likely lead to more conflict in the Middle East.

But we can now see that from the Middle East to North Korea to Iran and Cuba and the Paris accord, there is no end to the diplomatic crises caused by the Trump team. Even leaving aside the inflammatory “shithole” comments, Trump has worked to undo almost every U.S.-foreign policy relationship that existed prior to his coming to office.

If you put a pin in each place on the map that Trump has insulted or threatened, you’d be left with maybe a handful of nations. Trump decided not to travel to London to inaugurate the new U.S. embassy, his team is planning to cut aid to Palestinians, he referred to African nations, El Salvador and Haiti as “shithole” countries and he threatened to end the Iran nuclear deal. And that was all in the span of a week.

Trump even went after Australia in his first week in office. And his rants about Mexico were epic from the day he announced his candidacy. The catalogue of offended states is almost too long to document. While bluster in the White House is not unique to Trump, there’s no question that he wins the award for alienating more states than any other president in U.S. history. It’s an astonishing achievement for just one year.

This is why Barker’s film is such an amazing document. “The Final Year” does not focus on Obama but chooses to highlight the work of those core members of the Obama team focused on foreign policy. It follows former Secretary of State John Kerry, former Ambassador to the United Nations Samantha Power, former National Security Advisor Susan Rice and former Deputy National Security Advisor Ben Rhodes.

In a "Salon Talks" interview with Salon's Tom Roston, Barker said he wanted to make a documentary like the acclaimed campaign film "The War Room," but in reverse. "Things tend to happen in the last years of a presidency," Barker said. "What I wanted to do was try to humanize the inner workings of our government and the foreign policy machine, with all of its complicated issues, the warts and all."

Watching the film today, it is impossible not to wince at the stark contrast painted between the Obama and Trump administrations. But even more cringeworthy is the sense that the people in the film don’t know what is coming next. In fact, they are all convinced that they will be passing on the reins to a Clinton administration, a naïve hubris that is both unsettling and sad to witness. As the film ends, we watch the team take in the election results with blank stares on their faces.

Barker and his crew followed the Obama foreign policy team for 90 days, visiting 21 countries, including Austria, Cameroon, Chad, Nigeria, Vietnam, Japan and Greenland, and capturing a series of historic events such as the Syrian peace negotiations, the implementation of the Iran nuclear agreement, Obama’s historic speech at Hiroshima and his visit to Laos, the first by a U.S. president.

The team is tireless and energetic and remarkably sincere. Power sits down with Nigerian women to talk about Boko Haram and mentions that “this is the most important part of my day.” In another scene, she presides over a new citizen ceremony where her children’s nanny is being granted citizenship and tells of her own story of emigrating from Ireland. She urges the audience to “shape America” because it is now their “right.”

We hear John Kerry speak about the need to “make judgements based on facts” and about how he is trying to change the notion that the only “way to establish credibility is by using military force.”

In a number of scenes, the camera pans to show photos of Obama with children, and we see moving scenes of Obama connecting with young audiences across the globe — a recurring theme that suggests that Obama’s greatest legacy might be in how he inspired a future generation.

If the film has a flaw, it is that it shows us only the good side to this team. It avoids delving into the damage done by drones or the increasing crisis in Afghanistan or any of the other Obama-era foreign policy messes. It offers no critical edge to the personalities featured. Power forgets where she has left her kid’s bagel; Kerry forgets his phone, but these mishaps only serve to make them seem even more human and even more genuine.

But that is where the real brilliance of the film lies for viewers today. Kerry and Power and the rest of the Obama team don’t even seem real when compared to their counterparts today. Their commitment to diplomacy and to a policy based on helping people as a way to advance U.S. interests feels like a fairy tale.

It's a fairy tale that's sequel is a horror story, because these well-intentioned diplomats have no idea that they are not just trying to solidify Obama’s legacy; they may actually be the last true diplomats our nation has even known.

And that leads me back to Trump’s recent decision not to inaugurate the new U.S. embassy in London. Based on Trump’s tweet, it seems like a decision aimed at undoing yet another Obama-era achievement.

While Trump was wrong — it was not an Obama decision — that is not the point. The point is that Trump isn’t just committed to undoing each and every feature of Obama era foreign policy — the Iran nuclear deal, the Paris accord, the warmed relations with Cuba and so on — he is committed to undoing the diplomatic spirit behind them.

The Trump team is dismantling the idea of diplomacy and they are starting by getting rid of all of the diplomats themselves. The fact that former Exxon CEO Rex Tillerson, who had not one day of diplomatic experience, is now Secretary of State should be proof enough.

But that was only the beginning. As Dennis Jett points out in "American Ambassadors," there has been an increasing trend to appoint former political donors to ambassador posts, but, under Trump, diplomatic jobs are not just filled by cronies — in many cases they are simply left vacant. Tillerson is at the forefront of the plan to reduce the employees of the State Department and U.S. Agency for International Development, having signed off on drastic budgets cuts.

Trump is going after our allies, too. As all good students of international affairs know, foreign policy is not just about exercising state power; it is about building alliances. This is why nations make contributions to projects that may not seem to be in their immediate best interest. From Trump’s early comments about getting rid of NATO to his awkward exchanges with German Chancellor Angela Merkel, Trump has shown himself entirely incapable of understanding what the word “ally” means.

But it’s worse. We are not only losing the expertise of diplomats and alienating our allies, we are watching Trump implement a foreign policy based on bullying and bad advice.

Diplomacy is a long game. It requires building alliances over time. It also depends on a baseline of consistency across administrations so that when the United States makes a deal or signs an accord or promises support that the other parties believe the United States can be trusted to come through.

Now that the United States is run by an impulsive, narcissistic, paranoid leader who thrives on instant gratification, we are witnessing not just the end of a series of accords and agreements and alliances; we are seeing the end of the United States as a world leader able to advance a foreign policy agenda.

And that is why “The Final Year” is worth a look. What better way to underscore the stark contrast between Obama and Trump than to remind viewers of people who actually understood the value of diplomacy.

“The Final Year” is in theaters now.