Despite being a very common experience for American women, abortion remains underexplored in pop culture 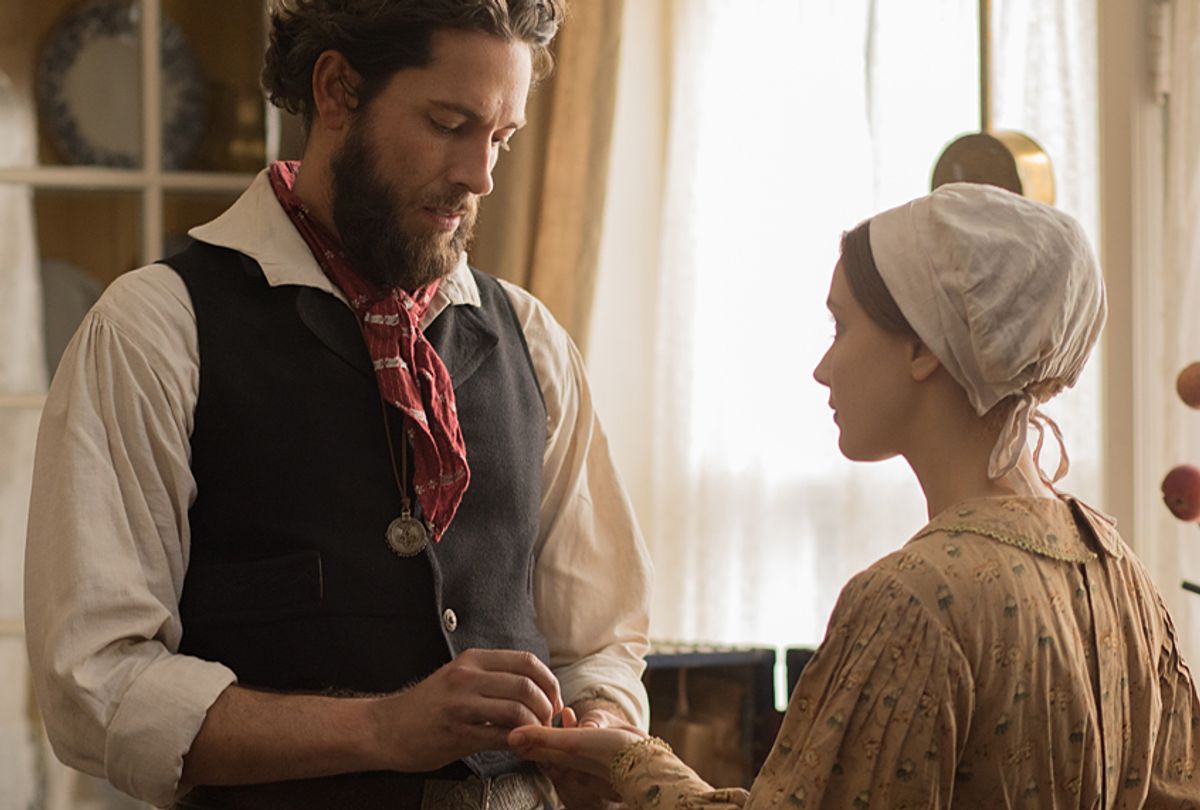 2017 was a year for women’s voices. In a landscape of dramatic political shifts and threats, women began to tell and amplify new stories, in a way we have not witnessed before. We saw this not just through the Women’s March and the sweeping #MeToo campaign, but in this year’s Golden Globes, where Time’s Up commanded the red carpet and drove the evening. For arguably the first time, an awards show helped catalyze a nationwide conversation about how to address a culture that dismisses and abuses women and their stories.

We can only expect this flourishing of stories by and about women to continue as the male gatekeepers — who previously determined who was talented, what was funny and which projects were worthy of being made — continue to topple. We cannot know how far this overdue renaissance will take us, but we can only hope that it continues to elevate and diversify the stories that are told for all audiences. One of the bellwethers for this progress will be how abortion is portrayed onscreen, in film and on television. Despite being a very common experience for American women, abortion remains heavily stigmatized, underexplored, misrepresented and overly fraught in our popular culture. Perhaps, with a changing of the guard in Hollywood, this portrayal will continue to change.

In my research, I have explored how the portrayal of abortion can both reflect and perpetuate cultural myths about abortion, communicating ideas about who seeks and provides abortion care, why they do so, and the impact that abortion has for characters, which then influences broader understandings of what abortion care looks like in the United States. In fact, abortion stories in popular culture are not new; they have appeared for over a century in film (beginning with "Where are My Children?" in 1916) and a half century on television (starting with "The Defenders" in 1962). Like these earliest examples, most often abortion is a dramatic plot device. Yet, recently, other genres have begun exploring abortion stories, offering up new cultural narratives. For example, comedy provides a vehicle for destigmatizing abortion; Netflix’s "BoJack Horseman" recently found humor not just in the taboo topic, but in the hypocrisy and absurdity of current abortion restrictions. FX’s "American Horror Story" has frequently used forced pregnancy, lack of abortion access and the terror of being out of control of one’s body to provoke horror. Other genres, such as science fiction, could — if screenwriters were motivated — enable us to envision a new future for reproductive rights, without the constraints of modern technology and medicine.

Indeed, recent years have seen greater diversity in the genres where abortions appear on television. Before 2016, there were sparse examples of characters getting abortions in comedies ("Maude" in 1972 being the most notable). But in the past two years, there’s been an uptick in comedic abortion stories: not just "BoJack Horseman," but "Jane the Virgin," "Crazy Ex-Girlfriend," "You’re the Worst" and "Brockmire," among others. These portrayals work to shift abortion from simply a plot device to create crisis and risk, to a very genuine, very authentic part of women’s experiences. Unfortunately, these examples -- ranging from heartfelt and funny to sarcastic and irreverent -- are still markedly underrepresented within broader popular culture.

In contrast, the current political environment made this year’s dramatic and dystopian portrayals of reproductive control on television particularly potent. For many viewers, Hulu’s "The Handmaid’s Tale" achieved special resonance given immediate policy threats, as did "American Horror Story: Cult’s" depiction of a woman dying from a botched abortion while being held prisoner in a “Judgment House,” or Netflix’s "Alias Grace," with its portrayal of a death from an illegal abortion set in the 19th century. These stories reflect themes of anxiety, dystopia, judgment and social control, and demonstrate the ongoing need for progressive, feminist storytelling about abortion.

But despite this progress, the Golden Globes reminded us how much further women need to go to achieve true representation in popular culture. In the last 20 years, only three women have been nominated in the category of Best Director, and none of them have won. For the 2017 nominations, none of the critically acclaimed female directors, including Greta Gerwig, Dee Rees and Patty Jenkins, were even nominated. In 2016, women represented 4 percent of directors, 11 percent of writers, and only 29 percent of protagonists in the top 100 films. To be sure, this inequity has implications far beyond how abortion is portrayed, and even how sexual harassment is portrayed, but these stories are a reflection of these enduring disparities in who the storytellers are. Although women-centric content like "The Handmaid’s Tale," "Big Little Lies" and "Lady Bird" took home numerous awards, the continual calls to action from Oprah, Laura Dern and Nicole Kidman for restorative justice, authentic representation and equal recognition asserted our society’s larger need -- to not only tell women’s stories but to listen.

Gretchen Sisson, PhD, is a research sociologist at Advancing New Standards in Reproductive Health (ANSIRH). She leads ANSIRH’s Abortion Onscreen project, which studies portrayals of abortion in American film and television and their effects on broader social perceptions of abortion.