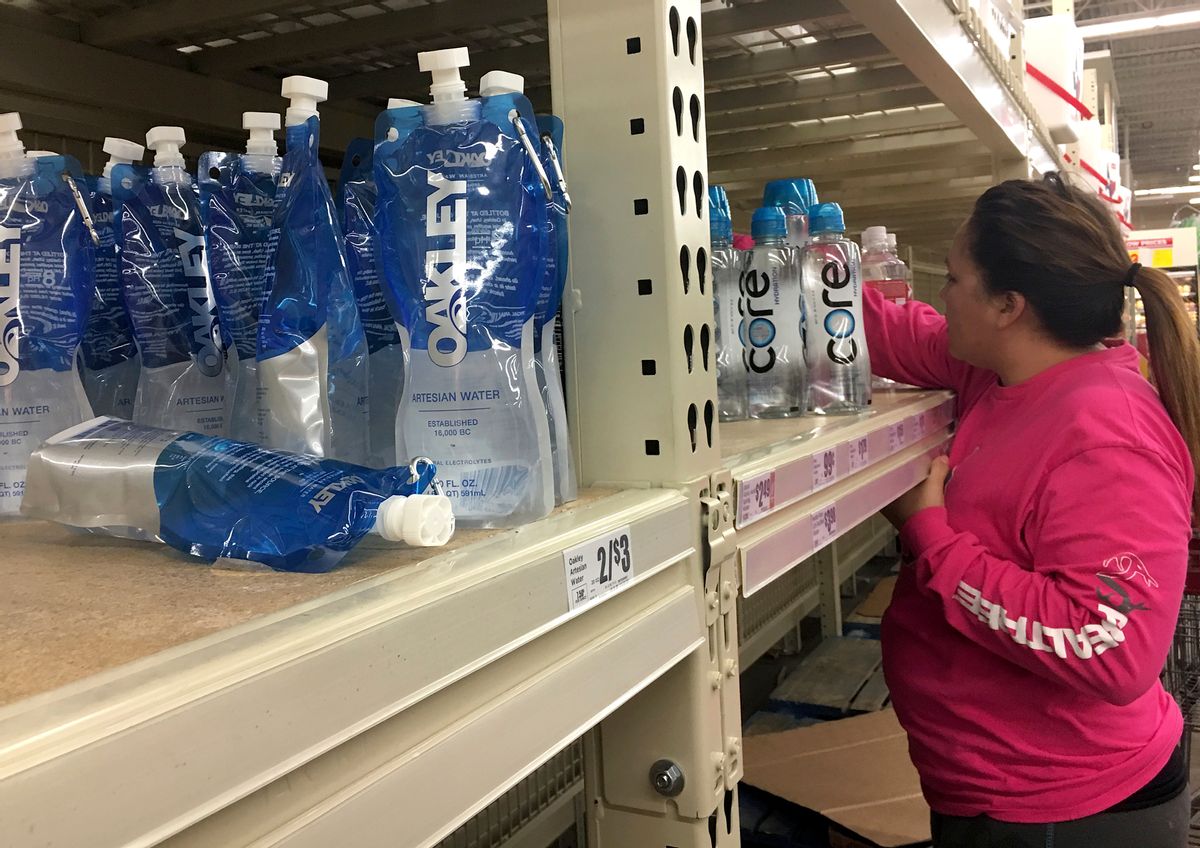 The rule of thumb used to be something like, if you wouldn’t say it in front of your parents or grandma don’t say it. But now it should be, “If you wouldn’t say it to their face or want them to see it, don’t Tweet about it.” Don’t act like social media is a diary — it’s public and even if you delete it trust that it can still come back to get you. If you’d rather not explain it, probably shouldn’t put it on anything that people regularly stare at while they’re on their phones.

Face it: you need to drink water. Whether you follow the eight glasses a day or half ounce per pound you weigh or just, “Two nalgenes”, you need to stop whining about forgetting and make sure to do your body this one favor. Hydrate. Your skin wants it, your brain wants it, your muscles want it, just YOU should want it.

3. Giving a shit if someone doesn’t like something you’re obsessed with.

The whole “stanning” culture has created an atmosphere where differentiating opinions about things as trivial as music, TV shows, and even people who make money by promoting things on Instagram is now an all out war. If someone doesn’t want to listen to “Look What You Made Me Do” or buy a lip kit, I promise you the world will in fact keep on turning. Respect that not everyone has to like what you like. In fact not only respect it, don’t even give it a second thought.

4. Refusing to listen to your gut.

You can’t always trust your heart because your heart is stupid and weak. It’s not always great to go with your head because your head has a way of running around with too many options and making you, for lack of a better word, overthink. But your gut? That part of you that always leans one way or the other when you’re faced with a decision? That part of you almost always knows. And ignoring it is doing yourself and your wellbeing a disservice.

5. Blaming other people for the reasons you’re unhappy.

One of my best friends once said, “People are made up of actions.” And that applies not only to others, but to you as well. Your actions, your choices, are ultimately only determined by you. Yes — it’s normal to feel impacted or swayed by the things that happen around you. But whatever you choose to do is your choice. And your unhappiness is (usually) a direct result of your choices — not anyone else’s. So stopping putting your emotions onto other people’s shoulders. Your own happiness is no one’s responsibility other than your own.

6. Being all talk with no action or execution.

7. Insisting that things are “out of your control.”

Throwing your hands up dramatically and saying, “Welp, nothing I can do!” is for soap opera characters and confused children. You are not a tree. You can move, you can do things. For the most part, you have a say with what happens around you. And if there are circumstances that are beyond your control, find the moving parts where you actually can do something. Saying that something is beyond your capability of controlling is essentially giving up. Be better than giving up.

8. Saying you’ll move on instead of *actually* moving on.

Who are you trying to convince by saying, “I’m moving on!!!1!” for the 15th time? If you’ve actually moved on, you probably won’t have to talk about it so excessively. If you actually want to move, you really shouldn’t need to announce it from a metaphorical mountain top. You should just do it.

If someone doesn’t get you off you don’t need to keep sleeping with them. Telling your partner or whoever you’re in bed with what you want isn’t an overstep. It’s a necessity for everyone involved to have a good time. Stop pretending that acting like you’re having a good time between the sheets when you’re not is doing anyone some sort of favor or just being polite. If you’re adult enough to be sleeping with someone, you should be adult enough to make sure you’re not having a shitty time when you’re doing it.

10. Going out when you genuinely don’t want to.

11. Not giving yourself permission to take a day off.

No one can feasibly burn the candle at both ends 100 percent of the time without eventually, for lack of a better term, burning out. Everyone needs time to take a minute and just do nothing. To turn their brains off. To hit the pause button. To take some time off. You can’t be go go go all the time. You need to stop sometimes too. And by allowing yourself that time to stop you’ll be ever better, burning brighter, and going faster when you come back.

The words, “I’m fine,” in this day and age have been used so frequently they’re essentially devoid of all meaning. Because what is “fine” anyway? Fine is a placeholder we use instead of actually saying how we are. Stop saying “fine” and instead try to be honest. If you’re struggling, speak up. If you’re ecstatic, celebrate it. Remove fine from your vernacular unless you’re talking about your hair type.

13. Listening to that voice inside your head that tells you, “You aren’t enough.”

The little voices in your head are the ones coming from your own worst critic: yourself. They see you at your worst so they’re going to be able to pinpoint on your biggest insecurities and tell you all of the things that make you want to curl up under 12 blankets and never come out again. But these voices? Nobody else hears them. Nobody else is pinpointing in on these things and critiquing you as harshly or holding you to such an impossible-to-reach standard. You need to learn how to ignore the voices, and how to keep on in spite of them anyway.

At a certain point the common denominator in the shitty situation you find yourself in every six weeks is you. At a certain point, you need to hold yourself accountable and stop making the mistakes and doing the things that make you miserable. Or you need to stop complaining about them. Those are your two options as far as I’m concerned.

15. Not allowing yourself the right to take some risks.

Routine can be incredibly healthy. Doing the same things most days and having a sense of balance can be so grounding and rewarding in a lot of ways. But you should give yourself permission to shake things up. To be spontaneous. To take some risks. The beautiful thing about routine is you can always come back to it. So do something crazy, and then remember that you still get to come home.

Your gut is not only right about the decisions you should make, but your gut knows when you’re not being honest with yourself. Pretending like everything is okay, or you’re happy when you’re not, or you’re not at fault when you clearly are might not actually impact you at all for a while. But eventually those little lies will all come at you like a wave and the only person who will have to clean up your mess is you. Be honest with yourself. There are few things you can count on in life but being self-aware and knowing your truth should be something you can always 100 percent rely on.

17. Not being your own best advocate.

Have your own back. Stand up for yourself. Treat yourself and your self-worth like your most precious, lucrative investment and make sure that you’re getting what’s yours. Don’t wait for anyone to come sweep you off your feet and save you and make everything magically work out. Make shit work out for yourself.

18. Pretending like you’re not able to change your own life.

If you’re being stagnant or find yourself stuck in a repetitive pool of mediocrity, do yourself a favor and stop lamenting about it and actually make a change. You’re allowed to start over. You’re allowed to try again. But you have to be the person actively making steps to make those changes, to put things into action to start again. No one else is going to do it. Changing your own life will always start with you.