Restoring the voting rights of more than 1.5 million people would change Florida's electorate and justice system 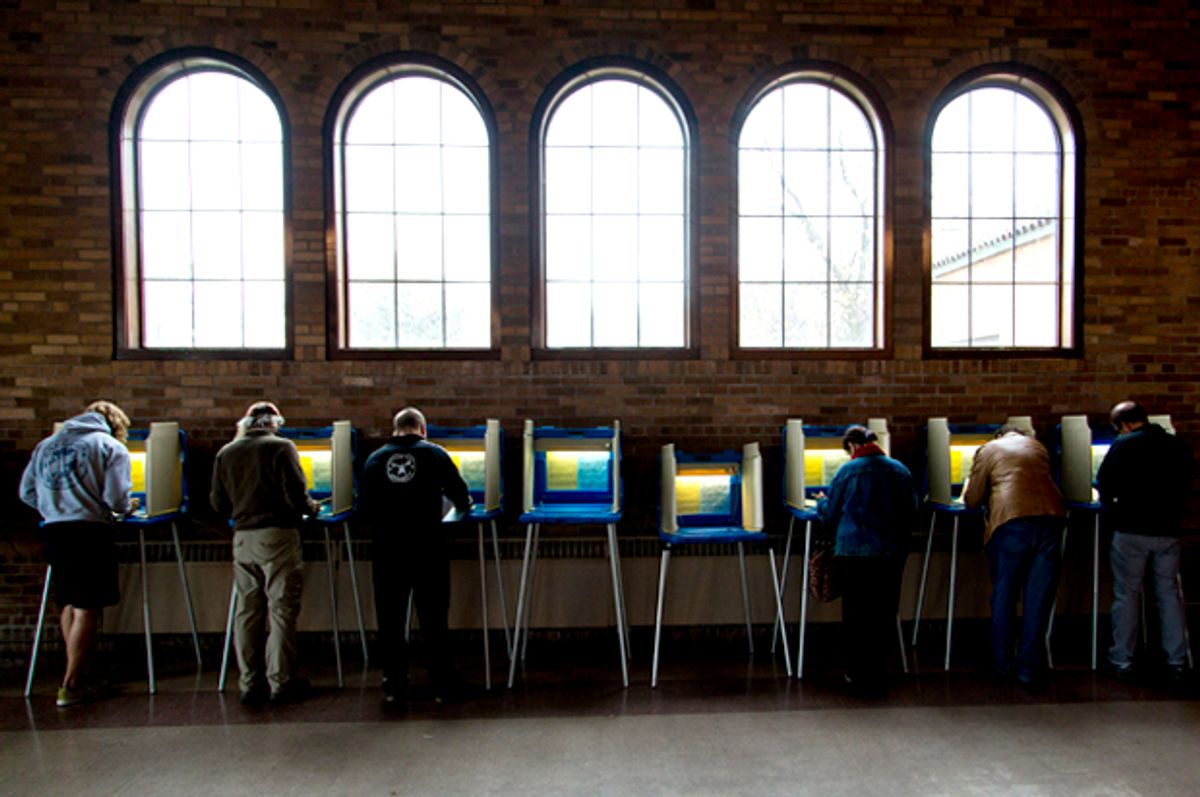 A grassroots campaign to amend Florida’s constitution to restore the voting rights of upwards of 1.5 million Floridians who have been convicted of non-violent felonies and completed their sentences is poised to qualify for the November 2018 ballot.

By Wednesday, the Florida Department of State has certified more than 745,000 petition signatures of the 766,000 needed to get on the ballot. The proposed constitutional amendment also has to meet signature thresholds in 14 legislative districts and has done so in 12 of them, campaign organizers said.

“In total, we submitted well over 1.1 million petitions to the supervisors of elections offices all across the state, from Pensacola to Key West,” campaign manager Jackie Lee said on a conference call Tuesday. “And all the petitions, we think, where we needed to verify, were also all in by December 29th, to ensure that we could make the ballot. We all know they needed to be verified by February first. So because of all of your hard work, we had them in on time. We’re . . . actually even excited to submit a couple right after that date because they kept on coming in from all around the state.”

The felon rights restoration effort is one of America’s most important electoral initiatives in 2018. More than 10 percent of Florida’s voting-age population, 1.7 million residents, have lost their voting rights under the nation’s most punitive felon disenfranchisement law — a statute that has its roots in the Old South’s racist Jim Crow culture.

“This amendment restores the voting rights of Floridians with felony convictions after they complete all terms of their sentence including parole or probation,” the legal petition states. “The amendment would not apply to those convicted of murder or sexual offenses, who would continue to be permanently barred from voting unless the governor and cabinet vote to restore their voting rights on a case-by-case basis.”

Florida is the third most populous state, with slightly more than 20 million people. In 2016, Donald Trump beat Hillary Clinton by 1.2 percent, which was slightly less than 113,000 votes, to win its 29 Electoral College votes. Should 60 percent of Floridians — the threshold for passage — who vote next fall approve the constitutional amendment, it could deeply alter the state’s politics as well as its criminal justice system.

The campaign’s organizers, led by Desmond Meade, a former felon who became a lawyer, are casting their effort as a redemption-steeped crusade to give a second chance to all of those who have done their time for non-violent crimes. In a teleconference organized by Floridians for a Fair Democracy Tuesday, he repeatedly emphasized this was a moral crusade and avoided any discussion of the political consequences.

“I want to make sure we are oriented right back where we started from,” Meade told the 150 activists, including clergy, on the call. “When each and every one of you made a decision to be involved in this campaign, it was based around people. It was based around the personal stories of your family members and your friends who were looking for second chances in Florida. And I think it is this orientation that has not only gotten us this far, but will take [us] across this finish line. It’s not about anything else. It’s not about politics. At the core of this, it’s about everyday all-American citizens, who just want a second chance.”

Meade’s framing, which reflects his life story, has resounded because Florida has so many ex-felons who cut across society. Only 30 percent are black, campaign organizers said, and a great many were victims of overzealous drug war prosecutions. Evidence of that deep resonance can be found in the fact that nearly a quarter-million of the petition signatures gathered were collected from volunteers, not paid circulators.

The campaign’s next phase is more public education and growing their grassroots team, the organizers said. In coming days, Floridians for a Fair Democracy will launch a new campaign website and social media pages. More importantly, the organizers plan on calling all of the 1.1 million voters who signed their petition and urging them to talk to friends and family about the cause — as well as recruiting for the fall’s get-out-the-vote effort.

“At the end of the day, our campaign is not driven by how we think people will vote but whether or not they have the opportunity to vote after they have paid their debts to society,” Meade reiterated. “This campaign is not driven by race; it’s driven by an all-American message. Because we understand that this issue has impacted all lives from people from all walks of life . . . If we can keep the heart of what this campaign originated on, and knowing that this is what will take us across the finish line, I think that we be well positioned to transform this state and this country.”

When asked about opposition and roadblocks, Meade replied to stay focused on what they can control. For example, Florida’s Constitutional Revision Commission, which meets once every 20 years and is convening this month, has been discussing felon re-enfranchisement amid hundreds of other proposed changes. Florida Gov. Rick Scott, a Republican who dramatically reversed his Democratic predecessor’s efforts to restore ex-felon voting, appoints about half of that body’s members.

As the Naples Daily News reported last fall as the voting rights restoration campaign was gaining ground and Constitutional Revision Commission was gearing up to meet, Scott has single-handedly thwarted felon re-enfranchisement.

“Scott’s directives require felons to wait an additional five to seven years after completing parole and probation before they can apply to have their rights restored,” it noted. “Offenders must be crime-free during those years, and the application is tedious. Felons must obtain certified copies of the charging document, judgment and sentence for each of their felony convictions. That process can be difficult for people whose crimes were committed decades ago. After being submitted, the application takes several years to process. Offenders who have committed more serious crimes must travel to Tallahassee for an in-person hearing before the clemency board. If rejected, applicants must wait two years before reapplying.”

Meade and other organizers emphasized their effort is aimed at giving non-violent offenders a second chance. Indeed, the vast majority of former felons in the state have not been convicted of murder or sexual assaults. The FBI’s 2016 crime statistics for Florida, for example, list 1,100 murders and 13,100 rapes. Those figures contrast with its nearly 1.7 million former felons, the figure given by the Washington-based Sentencing Project.

As the constitutional amendment is poised to clear November’s ballot access hurdle, Meade reminded everyone to keep their eyes on the prize — and on the narrative of personal redemption, paying civic debts and regaining full citizenship rights.

“We have no control or power over what the Constitutional Revision Commission does,” he told one caller who feared a competing proposal.

“What we are engaged in with this citizens’ initiative is one of the purest forms of democracy at work, right? We are hedging our bets on the people,” he continued. “This is a people’s campaign and regardless of what we think the Constitutional Revision Commission may or may not do . . . we are focusing primarily on the efforts of people like you and 1 million other Floridians that say this is the way they want to go.”