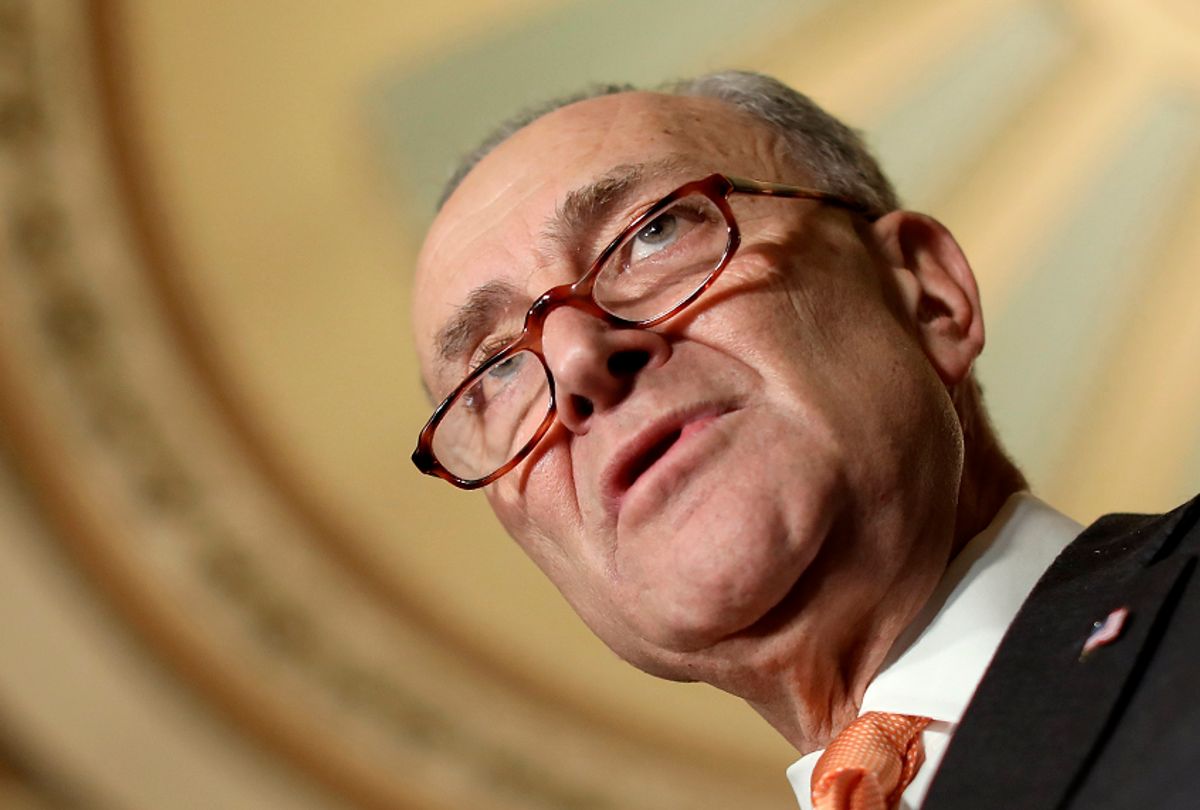 After an intense weekend when the federal government went into a partial shutdown, Democrats in the U.S. Senate have agreed to join Republicans in voting to approve a temporary spending authorization which will keep the government funded until Feb. 8.

Mitch McConnell, the top Republican in the chamber, promised Democrats that, in exchange for their votes, he would permit an open debate and voting process to provide a legal status to people who had been protected from deportation under the Deferred Action for Childhood Arrivals policy of former President Barack Obama.

"We will vote today to reopen the government to continue negotiating a global agreement with the commitment that if an agreement isn't reached by Feb. 8, the Senate will immediately proceed to consideration of legislation dealing with DACA," Minority Leader Chuck Schumer said on Monday as he announced Democrats would vote to end the shutdown. "The process will be neutral and fair to all sides. We expect that a bipartisan bill on DACA will receive fair consideration and an up or down vote on the floor"

Before their flip, most Democrats had previously insisted that they would not vote for another funding authorization unless McConnell and the Trump administration included an amendment reauthorizing DACA.

"It is abundantly clear that the Senate cannot make progress on any of these crucial matters until the government is re-opened," McConnell said on the Senate floor, as he promised to allow an immigration policy process so long as the government was not shut down. "Every day we spend arguing about keeping the lights on is another day we cannot spend negotiating DACA, or defense spending, or any of our other shared priorities.”

In the end, 81 members of both parties voted in favor of ending debate over the temporary funding resolution. Just 18 members were opposed. Several senators who have been discussed as potential Democratic presidential candidates in 2020 refused to end the shutdown, including Kirsten Gillibrand of New York, Kamala Harris of California, Elizabeth Warren of Massachusetts, Bernie Sanders of Vermont, and Cory Booker of New Jersey.

"I refuse to put the lives of nearly 700,000 young people in the hands of someone who has repeatedly gone back on his word," Harris said in a statement.

On Twitter, Gillibrand said she wanted to approve the continuing resolution but could not, since it did not include a DACA provision "I want to see the government re-open as much as anyone, but this bill fails to fix the moral issue we must solve. That's why I voted against it," she wrote. Pro-immigration activists and progressives were even more frustrated.

Before Monday's deal, five Democratic senators had joined the original Republican bill, all of them up for re-election later this fall.

In his floor speech, Schumer said that he had not spoken to President Donald Trump since Friday and that the arrangement to re-open the government had been worked out entirely by himself and McConnell. While the Senate may be able to reach a compromise DACA bill, there is no guarantee that it would pass the House of Representatives, where immigration opponents' numbers are much stronger. McConnell appeared to reference this in his remarks, noting that a "bipartisan, bicameral group" would be handling the negotiations.

But there's a big problem: Though top Republicans said they would be interested in negotiating on a deal, there's very little chance a deal gets done, thanks to the White House.