The Oscars shut out "Wonder Woman," a film that never needed their validation anyway

The Oscars were never going to honor the Amazonian, but she never required their approval 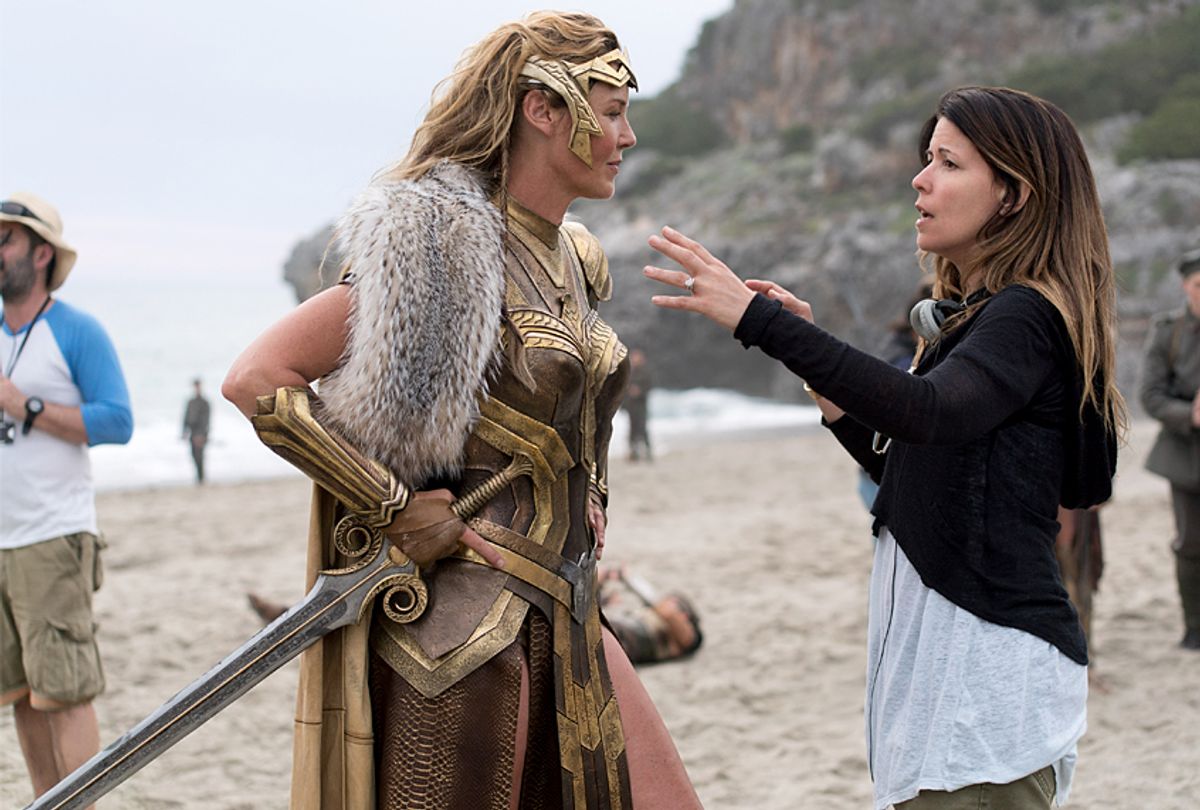 The nominations for the 2018 Academy Awards arrived early Tuesday morning and, by and large, they're at least a decent collection of not only the most traditionally "Oscar-worthy" films of the year, but a reflection of what was achieved over the last 12 months.

"Get Out," the stinging, satirical indictment of the notion of a post-racial America , was well recognized with nominations for Best Picture, Best Director (Jordan Peele), Best Screenplay and Best Actor (Daniel Kaluuya). Somewhere between a comedy and a horror film with a clear polemic bent, it's an odd fit for the usually button-down awards, but the Academy voters were able to see the film's worth and overcome convention.

There are other welcome surprises; Timothée Chalamet's Best Actor nomination for "Call Me by Your Name"; the Best Adapted Screenplay nomination for "Logan"; Mary J. Blige's supporting nod for "Mudbound;" the fact that the defiantly odd "The Shape of Water" leads all films with 13 nominations. As well, history was made when Rachel Morrison, who lensed "Mudbound," became the first woman ever nominated for Best Cinematography.

But it wasn't just a forward political lean that was evident here. Generally the nomination slate gave nods to the best of the truly worthy films that arrived over the last 12 months with only a few solid options left sitting on the sidelines. That said, the continued award-season popularity of "Three Billboards Outside Ebbing, Missouri" will be a point of frustration for some.

Overall, its a good — not great — portrait of what Hollywood produced this year and an arrow that at least points the way to equal representation if it doesn't fully, completely embrace it.

And, yet, amid all that — and amid the culture shift represented by the #MeToo movement — Patty Jenkins' bright, bold superhero blockbuster "Wonder Woman" did not earn a single nomination. It's an omission that has not gone without notice.

Yeah, it's a bummer.

In the superhero genre, "Wonder Woman" stands out as a particularly well-made, particularly positive, particularly enjoyable film even if one doesn't note the outstanding fact that it is the first film in the category wrapped around a classic female comic-book hero from a major publisher. Not only was its debut a watershed moment for female representation, the movie itself is sharp, acrobatic and fights the good fight with a smile. For these, and many other reasons, "Wonder Woman" is incredibly easy to fall in love with.

And, yet, as easy as it was to fall in love with, it was just as easy to predict that the Academy would not offer it nominations in any of the major categories. An important film in a box office-leading genre, "Wonder Woman" remains a superhero film, a member of a category almost always overlooked for the most vaunted creative awards.

While Heath Ledger was given a posthumous Best Supporting Actor award for his work in 2008's "The Dark Knight," the genre rarely finds representation at the Oscars outside the technical awards and even more rarely wins. Indeed, all genre films — horror, sci-fi, etc. — have a hard time getting past the dramas that fill up the slate (though sci-fi has been making strong inroads over the last decade).

Nolan's Batman trilogy was an exception here, but perhaps only so because it wrapped itself in the visual language and tone of a thriller rather than offering the flamboyant daring do of traditional superhero fare. "Wonder Woman" was all daring do.

While, as said, "Wonder Woman" was engrossingly enjoyable and a Swiss watch in construction, it was also conventional within its genre. Indeed, outside of the revolutionary fact that its origin story focused on a woman rather than a man, it was not in and of itself a revolutionary origin story and was not presented in a revolutionary way. Actually, it was deeply familiar. Even its look, stunts and dialogue are familiar, laudable echoes of "Captain America: The First Avenger".

And there's nothing wrong with that. In, fact, there's a lot right with it.

Framing the story of a rare female hero using the format and visual language often used for the men in Lycra, puts Wonder Woman on a par with Captain America, Superman and all the others. It transforms the boy's club of superhero films into an all-access party. Rather than subvert the genre, "Wonder Woman" expands its reach — a necessary step. Still, it produced the sort of film the Academy doesn't tend to recognize.

(It should be noted that the absence of "Wonder Woman" in the technical awards category is equally unsurprising given that its visual effects, editing and so on were fairly rote compared to the others — though, by that same logic, "Guardians of the Galaxy Vol. 2" really shouldn't have been tapped for Best Visual Effects either. God knows why "Three Billboards" is represented in the Best Editing category.)

Instead, when it comes to superheroes, the Oscars smile on films that ape the conventions of drama. The Nolan trilogy and last year's "Logan" (which garnered a Best Adapted Screenplay nomination on Tuesday), are the prime examples there.

"Wonder Woman," to its credit, is quite happy not to flirt with drama, not to step outside of its genre. When reviewers praised it for offering a truly heroic story, when they called it a bright light in Warner Bros. otherwise dour superhero slate, they were pointing the film's joy at being simply what it is. The film, its director, its star never needed awards-season validation to achieve what it has — it just needed audiences to love it. Millions already do.

"Wonder Woman" is a great, fun film that did some great things for women in Hollywood and beyond and earned a great deal of money. But the Oscars don't exist to reward its sort of filmmaking. They instead cater to a very narrow crop of films, many of which are created and financed in part to win Oscars. That's not the sort of success "Wonder Woman" either sought or achieved.

So, no, one shouldn't be angry that the Oscars snubbed "Wonder Woman." After all, those awards now exist to honor films not for creativity, significance, popularity or even excellence, but rather their ability to hew to the mostly bogus idea of what an "Oscar-worthy film" is.

Instead, be angry that the Oscars even exist, that these sham awards have enough pull on your emotions to make you frustrated in the first place. You're better off watching "Wonder Woman" and forgetting the whole matter than putting your time and faith into an award that has honored "Crash," "Braveheart," "Shakespeare in Love" and dozens of other films and performances that just don't matter the way this one does.