"Waco": An incomplete view of the humanity behind the story 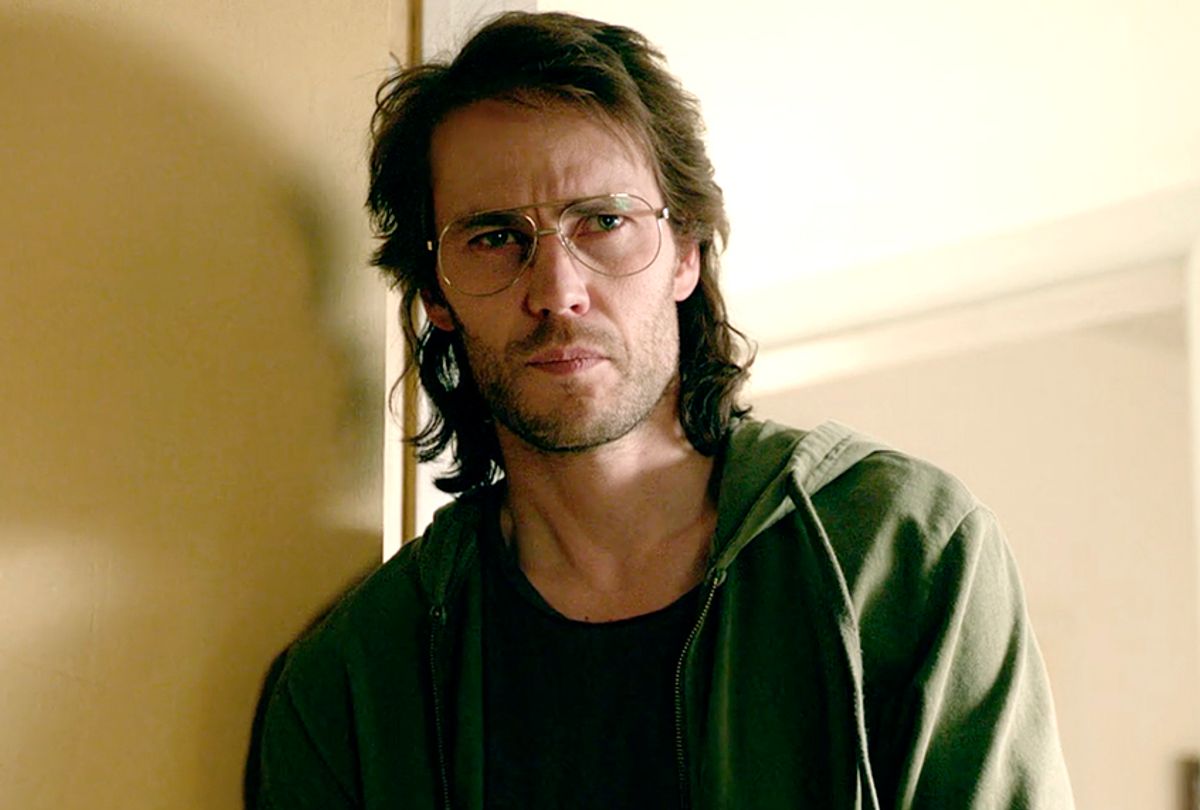 People usually aren’t open to reconsidering the validity or humanity of cult leaders, especially those associated with the deaths of their followers. As such, Taylor Kitsch’s portrayal of Branch Davidian leader David Koresh immediately feels unsettling. Kitsch’s impression of Koresh is dead on, and he easily accesses his charismatic subject’s even manner and Texas drawl, packaged it in the scruffy facial hair of a rock n’ roll rebel.

Kitsch’s presentation is so unnervingly amiable in the opening episodes of “Waco,” the six-episode limited series debuting Wednesday at 10 p.m. on the Paramount Network (formerly known as Spike TV), that it would be easy to see him as a stand-up guy. You know, just one who claims to be the Messiah and has a bunch of illegal guns. No big whoop.

The larger point of this is, we get why followers at the Mount Carmel Center hang on every word of his sermons, following his lead in terms of how to raise their children. Kitsch makes Koresh so charming, in fact, that as the series strolls on by Koresh’s declaration of sexual dominion over his followers, which includes polygamy and a sexual relationship his wife’s younger sister — one that began when she was 12 — a person almost doesn’t notice. Almost.

Skimming the treatment Koresh’s manipulative dark side in “Waco,” a story that puts the humanity of the Branch Davidians and that of Koresh at its forefront feels . . . weird.  And this is but one of several niggling oversights in a story that begs for a new consideration.

The story behind “Waco” has the benefit of distance, additional evidence and fuller accounts by witnesses and survivors, solidified by a hindsight that affirms the gravity of the mistakes made during that 51-day siege in 1993.

The only solid point “Waco” establishes in its opening episodes is that regardless of how unsavory Koresh was, the tens of followers in his compound, including women, children and infants, did not deserve to be showered with bullets by trained agents wielding assault rifles.

That said, the extent of the danger the Branch Davidians posed to the government and the communities around them isn’t firmly established either.

Much of what the public knows about the Branch Davidians and the Waco standoff is informed by documentaries, scripted made-for-TV movies based on media accounts, and official versions provided by agents working for the ATF and the FBI, along with any number of conspiracy theories as to what actually transpired at the compound.

Any narrative that has been long dominated by questionable “official” accounts bulldozing the perspective of an unsympathetic party is going to contend with these problems. And when that dislikable character is a cult leader whose name is invoked in the same company as men such as Jim Jones and Charles Manson, the challenges become manifold.

“Waco” calls upon history fresh enough to enable the splicing of actual news footage into the scripted recreation of events. That also makes it ripe for a true-crime treatment that adds a veneer of dramatic flourish and familial stakes where previous versions barely penciled in the personalities of the men, women and children living inside Mount Carmel.

“Waco” executive producers and co-creators John Erick Dowdle and Drew Dowdle were inspired by the accounts of survivor David Thibodeau whose book “A Place Called Waco: A Survivor’s Story” provides much of the insider’s view of Koresh and the Branch Davidians, and Gary Noesner’s  biography “Stalling for Time: My Life as an FBI Hostage Negotiator.” Together to compose a portrait of two sides equally zealous in their beliefs, driven by egos that resulted in the deaths of 82 of Koresh’s followers and four ATF agents.

Rory Culkin portrays Thibodeau as an impressionable, itinerant agnostic swept into Koresh’s fold by his generosity and passionate belief.  As “Waco” presents Thibodeau, he’s more of an open-hearted and pliant witness than a true believer.

Tension within the community only rears its head when Judy Schneider (Andrea Riseborough), wife to Koresh’s right-hand man Steve (Paul Sparks), announces she’s pregnant with Koresh’s child. It’s the stuff of soap opera, but it doesn’t get a chance to fully play out; soon after Judy’s babe is in her arms, federal agents are knocking at Mount Carmel’s front door.

Ruby Ridge and Waco also have been reframed as terrifying cautionary tales of federal overreach and inappropriate use of militarized force, and “Waco” does little to disabuse us of that thought. Rather, the Dowdles take on more arduous and potentially interesting task of recreating the events from the perspectives of those who lived inside of the compound.

Where “Waco” falls short is in telling us how and why these people — all of whom are portrayed as friendly and normal, save for the part where married men vow to be celibate and agree that only Koresh is allowed to have sex, including with their wives — came to be under Koresh’s thrall. That’s an important part of this history: How, exactly, do people seemingly sound of mind come to surrender their lives to a man whose main accomplishment in life was to memorize the Bible?

For that matter, how did Koresh rise to the leadership of a sect that pre-dated him? Those chapters of the break away sect of the Branch Davidians’ history exist, and it would have been added much more context to the story to have included them. “Waco” doesn’t venture to answer these questions.

Instead, the first three of its six episodes flex and strain to ensure that the viewer sees there are good people on both sides, but on the side that has more firepower, the government, resides a man with a more gung-ho viewpoint of the situation, not to mention more firepower.

Though Kitsch’s impersonation of Koresh makes “Waco” worth sticking with, Michael Shannon matches that dynamism in his portrayal of Noesner, a man who witnessed the terrible mistakes made at Ruby Ridge and strives, unsuccessfully, to make sure they’re not repeated. Shannon’s and Kitch’s standout performances benefit from ample material they’re given to work with. They receive noticeably meatier development than other members of the cast, including Melissa Benoist (as Koresh’s first wife Rachel), Shea Whigham and John Leguizamo, who bring fire to their roles even as they’re relegated to the edges of the tale.

With a broader examination of this story these characters could have been given more opportunity to flesh out some of the story’s glossed over complexities, such as why Rachel agreed to allow her husband to take her younger sister as his second wife. Or in the case of Whigham’s FBI tactical commander, what feeds his emphasis on lethal force, even after he’s witnessed that strategy go wrong at a high cost.

As an opening salvo for a rebranded network seeking to get noticed, “Waco” works well enough. Taking us back to that explosive last stand does make for gripping action with deadly stakes. But while those elements lend themselves to creating watchable television, the larger effort is still an insufficient pass at a story begging for a fuller accounting and deeper context.