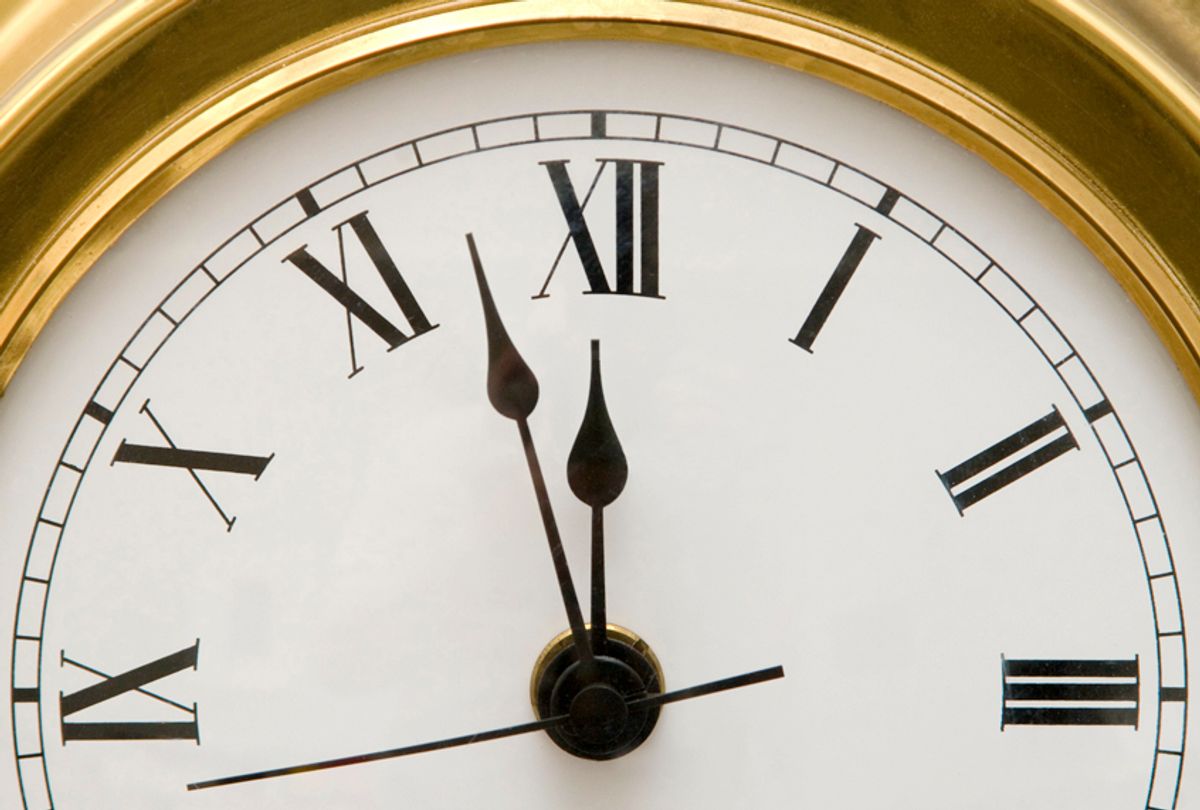 The Bulletin of the Atomic Scientists announced today that they have moved their Doomsday Clock — the fully figurative measuring system it uses to gauge how close its experts feel humanity is to destruction — 30 seconds forward to "two minutes to midnight".  It is the closest the world has been to the hour of apocalypse since the peak of the Cold War in 1953.

As a rationale for moving the clock forward, the group cites "reckless language in the nuclear realm," "an insufficient response to climate change" and "the abuse of information technology."

The Bulletin said the world’s security is "more dangerous than it was a year ago — and as dangerous as it has been since World War II." The last time the minute hand of the Clock swung so close to the end of the pendulum had been when the United States tested its first thermonuclear device. Nine months later, the Soviet Union tested its own hydrogen bomb.

Rachel Bronson, the CEO and president of the Bulletin, blames Trump’s failure to provide "practical alternatives: to the Iran nuclear deal, as well as the Trump Administration’s "rush to dismantle rational climate energy policy," such as the Paris Agreement, for ticking the clock forward. Bronson also alludes to Trump's fiery language about burgeoning nuclear power North Korea, which is best exemplified by the tweets below.

Created in 1947 by scientists, engineers and experts "to convey threats to humanity and the planet," the Clock has become a measure of the world’s susceptibility to civilization-ending catastrophe. Every year, the Bulletin’s Science and Security Board, which includes 15 Nobel laureates, decides whether to move — or leave in place — the minute hand of the clock. The Clock has never been more than 7 minutes away from "midnight".

To wind back the Clock, the group suggests that Trump "refrain from provocative rhetoric regarding North Korea" and recognize "the impossibility of predicting North Korean reactions." It also advises the U.S. and North Korean governments to "open multiple channels of communication" and keep "diplomatic channels open for talks without preconditions" to reduce tension. (The Bulletin did not mention Twitter in this regard).

To further reduce tension, the Bulletin advises the Trump Administration to "abide by the terms of the Joint Comprehensive Plan of Action for Iran’s nuclear program" and to negotiate peacekeeping measures along the NATO borders with Russia. The group also emphasizes the threat climate change poses and states, "U.S. citizens should demand action from their government."

Read the full statement from the Bulletin of Atomic Scientists here.