"Full Frontal" team attempts to apologize to everyone Trump has offended, can't keep up 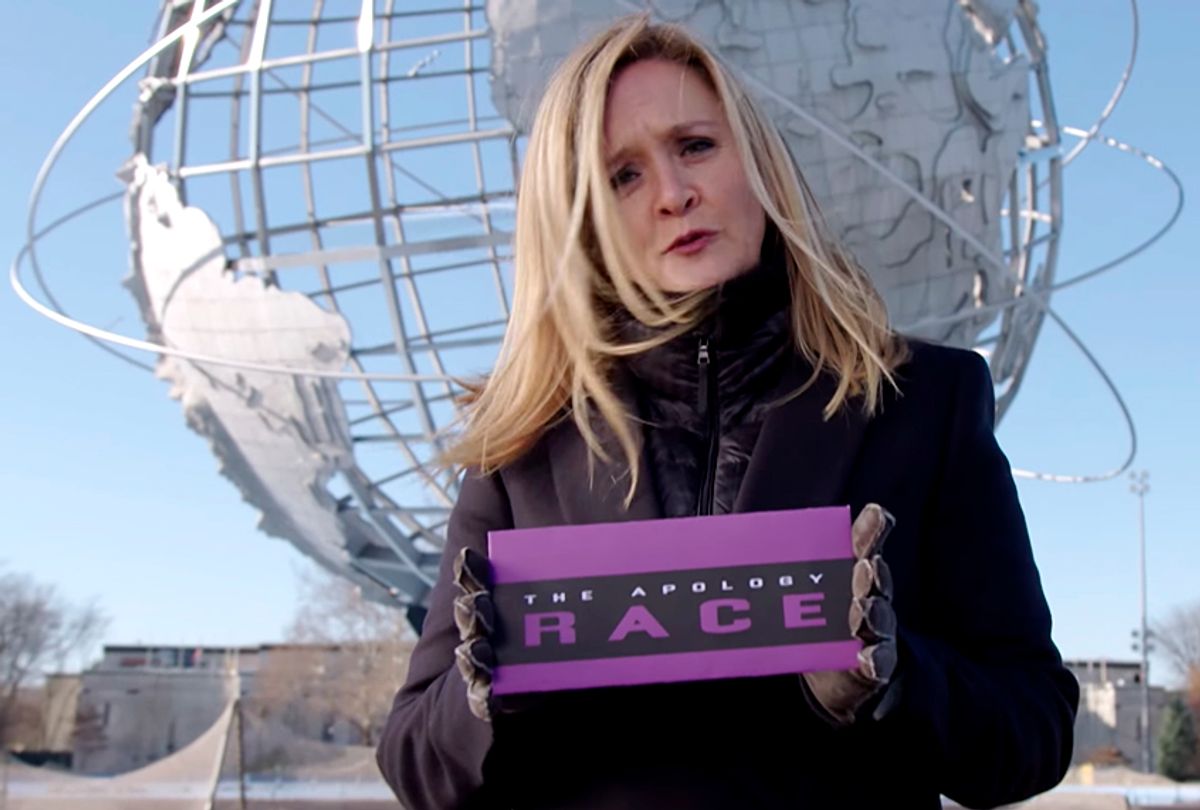 The "Full Frontal with Samantha Bee" team has been in "The Amazing Race" mode over the last two weeks. The show's four correspondents went on a global apology tour to say sorry to the world "for everything Trump did wrong in the two-week period between January 10 to January 24," Bee said.

Ashley Nicole Black, Allana Harkin, Amy Hoggart and Mike Rubens spent 14 days attempting to complete the grueling mission in the show's "The Apology Race." The competition kicked off in New York. This Wednesday they reported back.

Rubens was sent to Mexico. "For racism, I’m sorry," he said in Spanish to people he met there. That done, he had only 19.1 million apologies to go, according to Bee.

Black went to Washington, D.C., where she apologized to Rep. Adam Schiff, D-Calif., a member of the House Intelligence Committee, for the president's attempt to undermine the Russia investigation. "I’m sorry Trump called your investigation a witch hunt, and I’m sorry you have to pretend to like Devin Nunes." Schiff accepted the apology but declined to reveal whether he had the "pee tape," stating he’s "not allowed to give any committee work product, if it exists."

She then got in a cab and told the driver to take her to Atlanta, "where all the black people are.” Upon arrival, Black rolled down the car's windows and started yelling out of a megaphone. "Attention black people of Atlanta. I just wanted to apologize to you on the behalf of America. Don’t know why they sent the black correspondent to do that, probably would’ve meant more coming out of a white person."

She then met up with journalist Dan Rather, to whom she said sorry for Trump's pitiful, toxic "Fake News Awards." "I’m just here to apologize for Trump’s attacks on the free press," she said. Rather was optimistic. "The press under attack tends to stiffen its spine," he said. "The press has probably been a little better now because of the president’s attacks." Rather was less hopeful about Hoggart's chances of surviving the race, however. "I think it may kill you."

Harkin stopped at a 7-Eleven in New York City to apologize for the immigration raids that recently occurred in over 100 stores, which resulted in the arrests of more than 20 workers.

After that, she headed to San Juan, Puerto Rico, because "what’s a week without Trump screwing Puerto Rico?" Bee said in a voice-over.

In other words, the Samantha Bee team is really, really sorry — but the human body can only run to so many places and talk to so many people. With his phone never far from his short fingers, the president is only 280 characters away from adding a few more million offended people to the team's list. Nice try, all, but you would indeed kill yourselves trying to keep up.

See the whole "Apology Race" in the videos below.