Trump voters overwhelmingly agree: Their man is a "stable genius"

Most Republicans remain dazzled by Trump's brilliance, but the absurdity of that belief hints at darker things 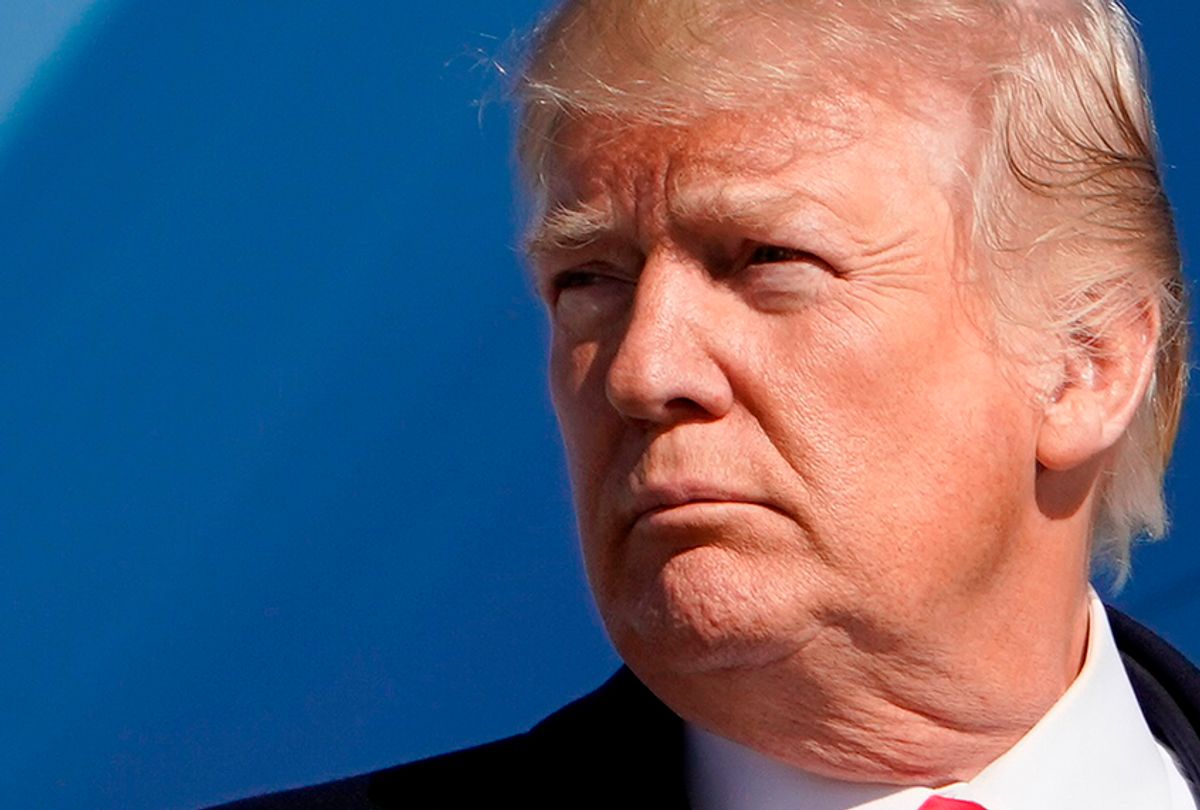 North Korea's Kim Jong Un is correct about at least one thing: Donald Trump is a "dotard." He is proudly ignorant, does not read, is crude and boorish, and lacks any sense of grace or humility.

In many ways, Trump is a living embodiment of the Dunning-Krueger effect -- a social-psychological phenomenon where those with the least expertise and knowledge overestimate their own competence and systematically undervalue true expertise -- on a grand stage.

Trump is also a brazen liar who has created his own reality organized around narcissism, egotism and self-aggrandizement. He is an overt racist who traffics in violent language and imagery, and who brags about sexually assaulting women. His willful embrace of ignorance amplify those other profound character defects.

Yet, according to a recent Washington Post-ABC News poll, Trump's supporters believe that he is a genius. As the Daily Dot explains, only 21 percent of Americans polled agreed with the president's self-description -- but that strongly correlates with Trump's core supporters:

[Of] the marginal 21 percent who do believe Trump is a genius, most are Republican voters according to the Washington Post, with about half believing his Twitter claim. Only 40 percent of Republicans polled disagreed with the notion that the president is a genius.

“These Republicans apparently don’t think Trump was just making a hyperbolic claim about his intellect; they believe he is a genius,” senior reporter Aaron Blake noted in an analysis piece for the Post.

The most obvious explanation for such an absurd finding is that Donald Trump has inspired a cult-like, hyper-partisan following. But a belief that Trump is some sort of genius, despite all the available evidence to the contrary, also signals to a much deeper cultural problem.

As I explained in an earlier piece at Salon, Trump's ascendancy marks the intersection of a celebrity culture run amok, the worship of gangster capitalism, a broken and failing educational system, the culture of cruelty, and the extent to which spectacle and anti-intellectualism have filled the emptiness created by a lack of faith in America's civic institutions. For the most lost, alienated, ignorant and lonely white Americans, Trump was and is the final piece in a broken puzzle.

America's educational system sits at the center of Trump's rise because in failing and weakened democracies a lack of civic literacy and civic engagement is fertile ground for the rise of fascists and demagogues.

In a recent essay at Newsweek, W. Taylor Reveley sounded the alarm about how America's schools have failed in their obligation to create informed citizens who are prepared for the responsibilities of democracy:

All the while, K-12 education was abandoning civics education. Today, students arrive in college with little understanding of democracy, and too often find little in the curriculum to reinforce a commitment to it or even require its study.

They may acquire skills useful in democratic life – critical thinking, information literacy, teamwork. But teaching about the fundamental workings of government and the broader skills citizens need to participate in democracy has given way to a narrower focus on personal growth on the one hand, and job-market preparation on the other. ...

Democracy – not economic development, not career preparation, or self-actualization – must stand foremost again as the animating purpose of college.

Ultimately, Donald Trump is a symptom, but not the cause, of a larger crisis in American society. That crisis has many elements: the value of education, the obligations and responsibilities of citizenship, and the relative value of democracy in a moment when too many people feel like bystanders in their own lives while political and social elites abandon any commitment to the common good.

If these foundational problems are not fixed in American society, Donald Trump will not be the last petit-fascist or "apprentice despot" to win the White House. He is a prototype and perhaps, in the final analysis, a less than successful one. Trump's successors will be more refined, and more dangerous.