What "demographic decline"? American women are having plenty of babies

Despite a momentary population panic, research shows an increase in women becoming mothers before age 45 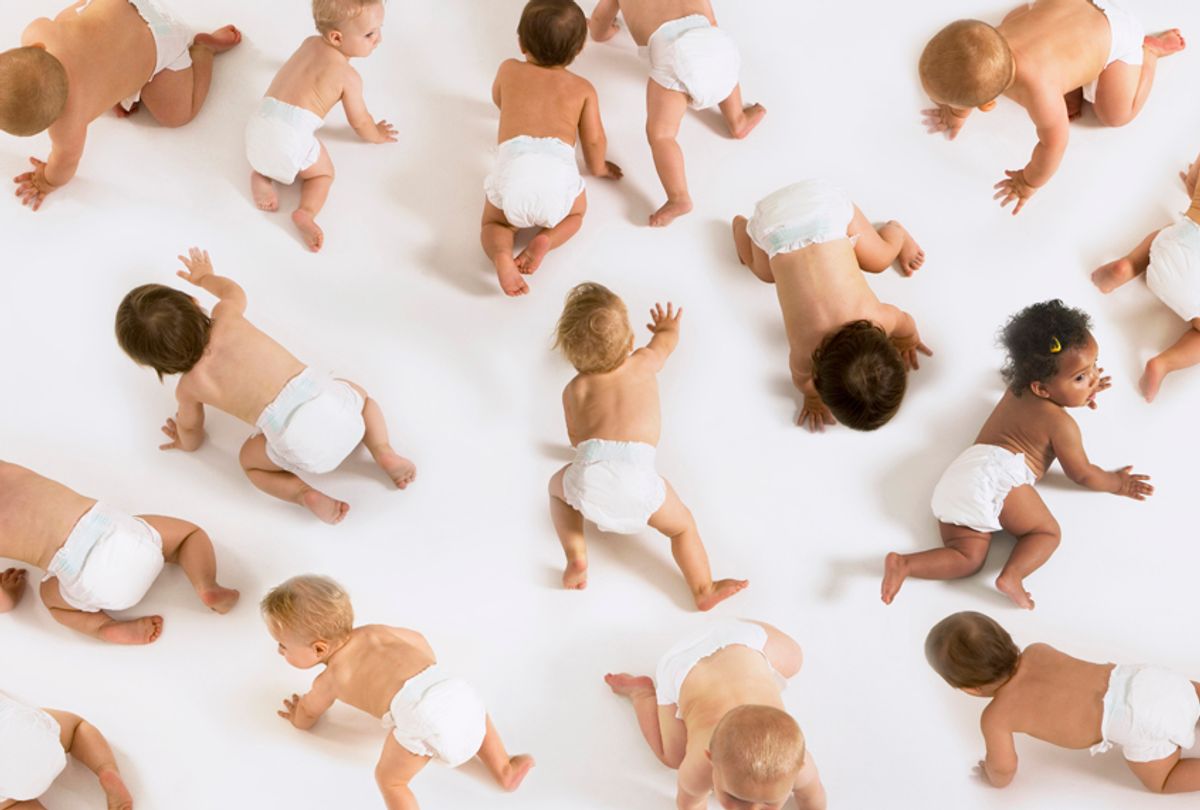 In December, Speaker of the House Paul Ryan made news and launched a round of "Handmaid's Tale" jokes when he argued that the secret to more robust economy was more babies.

"I did my part, but we need to have higher birth rates in this country," Ryan said during a weekly news briefing. "Be smarter, more efficient, more technology — still gonna need more people.”

Ryan was accused of hypocrisy for ample reason, due to his lack of support for federal policies that would make it feasible for more women to have children. He was accused of being sexist and tone-deaf, which was also reasonable. And he was accused of being blinded by right-wing racism into ignoring an obvious source of more people: opening America's doors to more immigration. But one thing commentators generally agreed on was that Ryan wasn't wrong to say that fertility is low, as annual birth rates have approached record lows.

A new study out of Pew Research, however, complicates the picture even further, showing that while annual birth rates are down, the percentage of women who complete their childbearing years as mothers has actually risen — and those women who do have children are having more of them. Ryan's exhortation to women to have more children was unnecessary, it turns out, as American women were already doing just that.

"Some 86 percent of women ages 40 to 44 are mothers, compared with 80 percent in 2006, according to a Pew Research Center analysis of U.S. Census Bureau data," writes Gretchen Livingston, a senior researcher at Pew Research Center. "Not only are women more likely to be mothers than in the past, but they are having more children. Overall, women have 2.07 children during their lives on average – up from 1.86 in 2006, the lowest number on record."

The 2008 recession led to some of the delays in childbirth, Livingston explained in a conversation with Salon. “If you look back, even many decades," she said, "this has been an ongoing trend: declining birth rates for younger women and increasing birth rates for older women."

Women are far more likely to have college degrees these days, Livingston explained, and are getting married later than was formerly typical. Furthermore, she added, "Women are more likely to be working, and many are not only working but having careers.” All these factors contribute to women putting off childbearing. This effect was seen across the board, among all races and at all educational attainment levels.

Another factor, Livingston said, is the drop in teen birth rates, with black women seeing the biggest drop in that category.

This drastically complicates the simple, feminist-blaming narrative that natalists like Ryan want to spread, where American women are selfishly being refusing to have children. On the contrary, these patterns suggest that American women are behaving responsibly and taking control of their lives, waiting to have children until they feel economically and emotionally ready to do so.

“On one hand, we applaud the decline in teen births, but on the other hand, there are concerns about lower fertility overall," Livingston pointed out. "Sometimes some of the things that people hope for can be a little bit at odds with each other."

But it's not just avoiding teen motherhood, which tends to be universally understood as a responsible decision. Waiting until later in adulthood is also associated with positive outcomes. Waiting until age 30 to have one's first child is strongly correlated with higher lifetime earnings. Children born to older mothers tend to be healthier and more likely to complete higher levels of education.

These statistics reflect what many people have figured out with common sense and life experience, that being a fully grown adult before having children yourself makes for more stable parenting. Paul Ryan and his wife, Janna, presumably understand this from personal experience, having waited until their 30s to marry and have children.

Even if one accepts the premise that falling fertility rates are bad for the economy, it's clearly good for the country's long-term economic well-being if women delay childbirth, which improves outcomes for both women and children. But, of course, that tradeoff isn't necessarily absolute either. If the United States needs more people, one thing that can be done is not deporting millions of people who already live here and want to stay. Which just happens to be something that Speaker Ryan has the power to influence by passing legislation like the Dream Act.