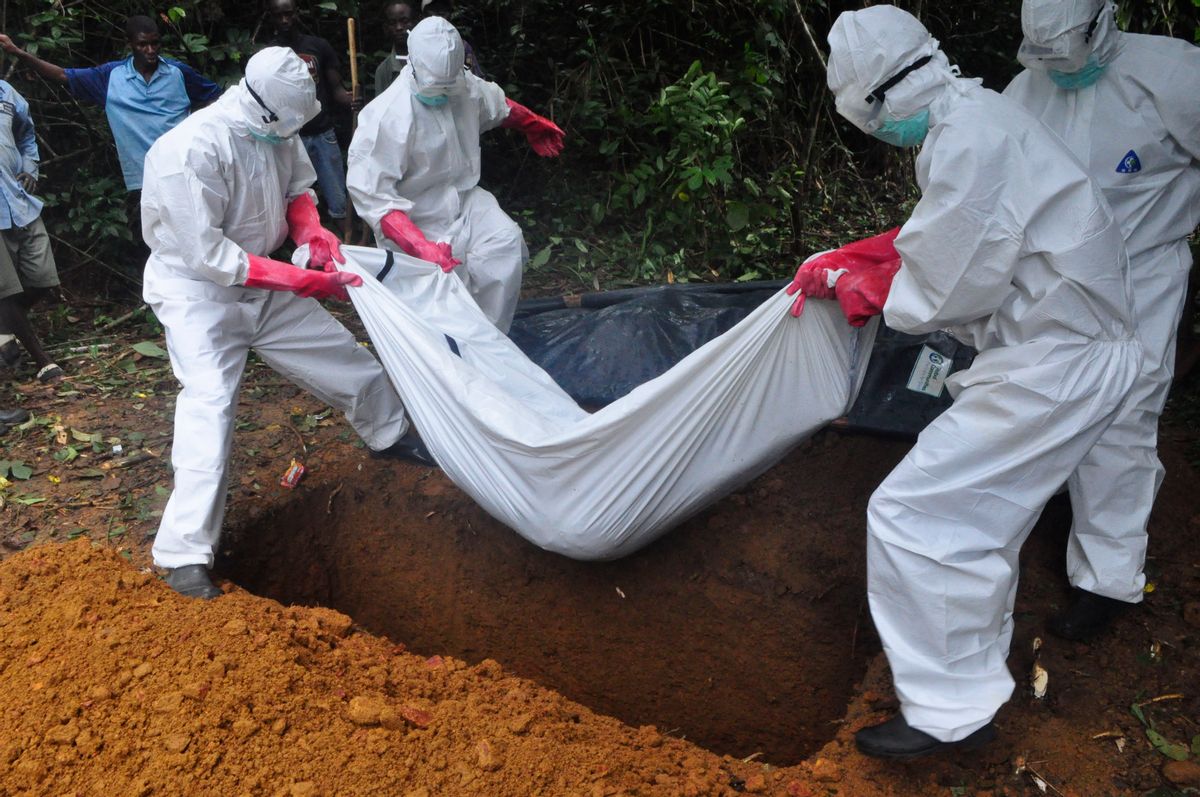 There are many ways to embark on the journey to the great beyond. One popular custom is the coffin burial. Or rather it was, until cemeteries began running out of ground space. And conventional burials that use toxic embalming fluids are simply terrible for the environment.

Cremation has become a common contender, but even this method comes with its practical problems. Enter a rather odd form of liquid cremation known as alkaline hydrolysis.

In October 2017, California became the 14th state to propose legalizing this measure through a bill set to take effect around 2020. According to a San Francisco Chronicle report, the rise in this trend has to do with a growing effort to “green-ify” burial. Before getting into how alkaline hydrolysis is better for the environment, let's have a brief description of its more morbid details.

The process begins by placing bodies in a vat containing an alkaline solution. The solution — described as a “brownish, syrupy residue” — gets heated to 300 degrees, which helps speed up the body’s natural breakdown process. After four hours, all that is left of the body is a skeleton that is crushed into ash for families to scatter or keep in an urn. The toxic-free leftover liquid is also safe to dispose of in the sewers.

So why is dissolving bodies better than burning them?

One company that specializes in liquid cremations claims it uses 90 percent lessenergy than the flame-based method. An Atlantic article adds to this point, noting how a “single cremation requires about two SUV tanks worth of fuel.” Then there’s the “million pounds of metal, wood and concrete” that is used to shield bodies buried in coffins.

While liquid cremation avoids this waste, is it really the reason people are favoring it over more traditional methods?

“Burning Grandma in fire seems to be violent,” Phil Olson, a philosophy professor at Virginia Tech, writes in the Atlantic. “In contrast, green cremation is ‘putting Grandma in a warm bath.'” In other words, rather than the eco-friendliness of this burial method, it’s the perception of being peacefully put to rest that appeals to people.

Even the Archdiocese of San Francisco, speaking to the San Francisco Chronicle, said that the U.S. Conference of Catholic Bishops was considering whether they would officially endorse liquid cremation.

It’s up to each person how they choose to physically part from this world. Liquid cremation claims to be one of the least damaging methods for the environment. Some might say simply being buried in a burlap sack in a forest is the way to go. Is one method greener than another? Maybe the question should be: does it really matter? In the end, the impact you leave on the environment after you die is far less important than the footprint you leave while you’re still alive.