One comedian's brilliantly passive-agressive battle with a Fox News fan 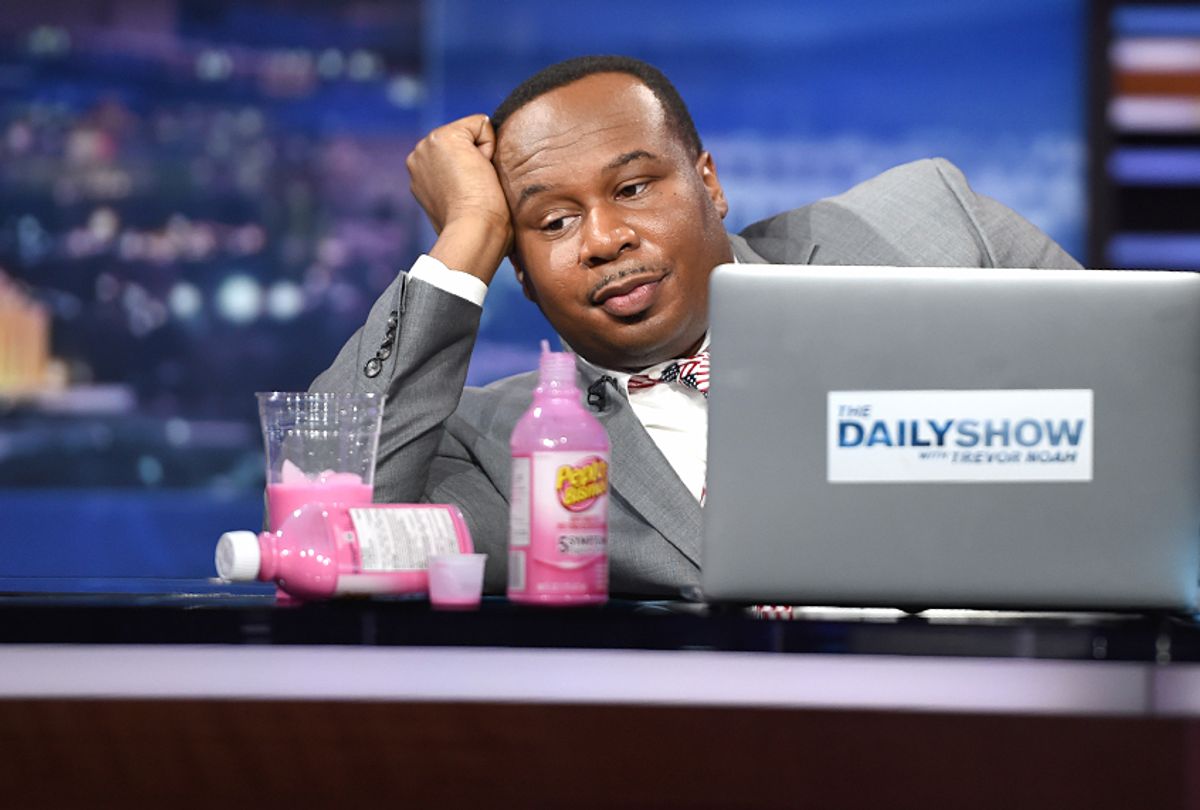 Comedian and "The Daily Show with Trevor Noah" correspondent Roy Wood Jr. had the best response to a woman sitting next to him on a flight who was watching Fox News. "Lady on my flight is watching FOX News," he tweeted Thursday. "so for balance, I turned on the Thurgood Marshall movie."

The replies to Wood turing on "Marshal," the 2017 biopic about the civil-rights advocate, lawyer and first black Supreme Court Justice, were equally great. "Power move. In her mind you basically punched her," fellow comedy writer Travon Free said.

But Roy Wood Jr. didn't stop there. In a follow-up tweet, he said, "Finished my civil rights movie and decided to turn up the pressure. Shit just got real," and tweeted a picture of him watching "The Daily Show".

Last year, "The Daily Show" correspondent premiered his first stand-up special on Comedy Central titled "Father Figure." In 2017, he was also named the host for Comedy Central’s forth season of its storytelling series, "This is Not Happening."

Prior to his residency at "The Daily Show," Wood Jr. starred in three seasons of TBS' "Sullivan & Son." He's made appearances on nearly every late night show, including his 2006 network television debut in  on "The Late Show with David Letterman" and at set on the historic "Def Comedy Jam" in 2008.