Wynn, who Donald Trump called his "great friend," has been accused of misconduct by multiple women 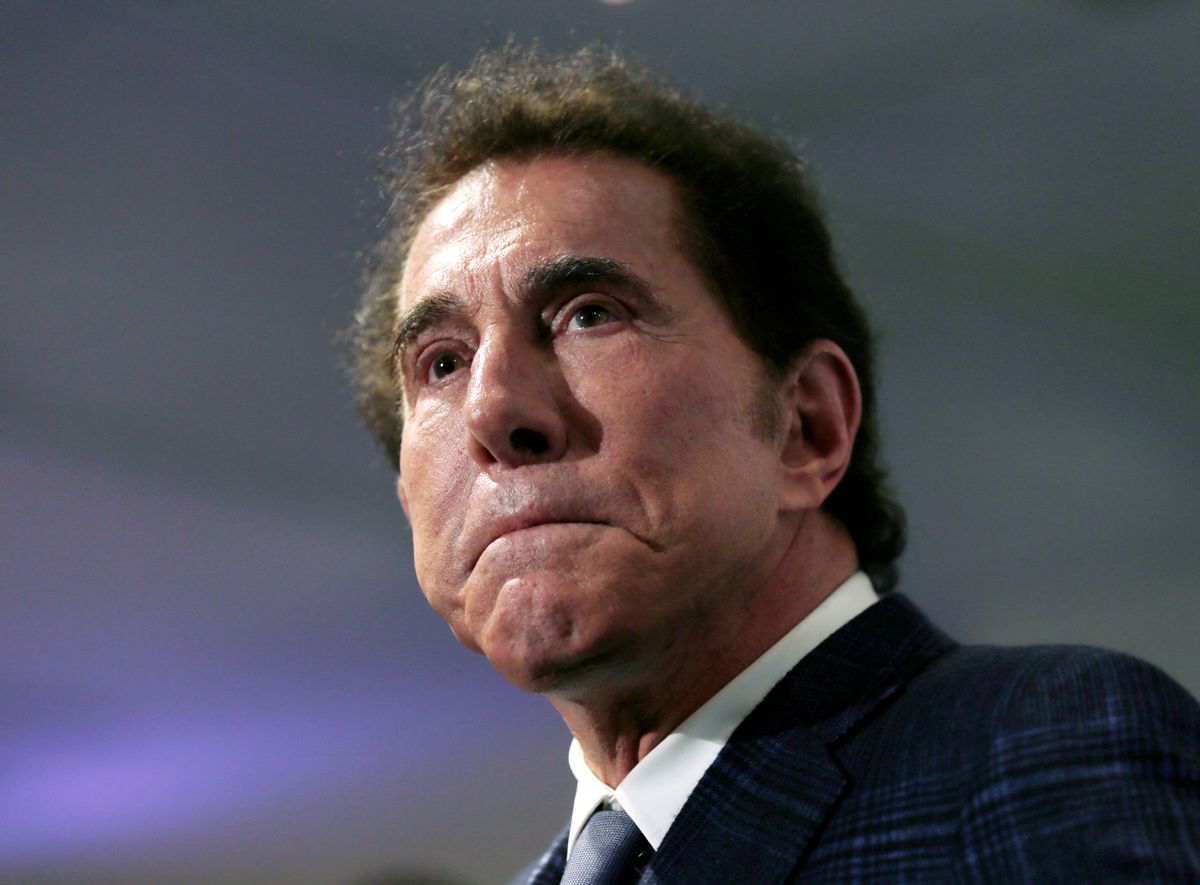 Steve Wynn, the founder of a successful casino company and the Republican National Committee's finance chairman, is facing accusations that he pressured employees to perform sexual acts for decades.

In an extensive report based on more than 150 interviews by the Wall Street Journal, an anonymous hotel masseuse says she was pressured into having sexual intercourse with Wynn, even after she declined and said she was married. Another woman told the paper that Wynn repeatedly ordered her to massage his penis until he ejaculated, a violation of Nevada regulations.

According to the Journal, Wynn, 75, often walked around his properties in very revealing shorts which would expose his genitalia and then request massages and manicures. A number of employees said they complained to supervisors about Wynn's alleged requests for sexual favors but nothing appears to have been done about his conduct. His company did pay a $7.5 million settlement to a former employee who accused Wynn of verbally pressuring her into having sex.

This is not the first time that Wynn has been accused of sexually harassing staff. In a 1990s lawsuit, Dennis Gomes, a former executive at a casino Wynn owned at the time testified that he “routinely received complaints from various department heads regarding Wynn’s chronic sexual harassment of female employees,” according to a Nevada court record.

In a statement to the Journal, Wynn seemed only to deny that he had assaulted employees, not that he had verbally pressured them for sex acts.

“The idea that I ever assaulted any woman is preposterous,” Wynn said. “We find ourselves in a world where people can make allegations, regardless of the truth, and a person is left with the choice of weathering insulting publicity or engaging in multi-year lawsuits. It is deplorable for anyone to find themselves in this situation.”

After the Journal report came out, share's of Wynn's company have declined by 9 percent.

In 2017, Wynn was named the Republican National Committee's finance chairman, a position heavily involved with fundraising. Wynn claimed that President Donald Trump, who called Wynn a "friend," had asked him to take the position.

Women’s advocacy group UltraViolet is calling on the RNC to cut ties with Wynn. “He is a predator of the worst kind who used his position of power to sexually coerce his female employees,” UltraViolet co-founder Nita Chaudhary said in a statement. “It is sadly no surprise that he keeps company with people like Donald Trump — a man who follows the same playbook of sexual abuse.”

Wynn is the latest political heavyweight to be accused of sexual harassment after allegations against former movie mogul and Democratic donor Harvey Weinstein brought renewed national attention to improper behavior from powerful men. Although such allegations have led to serious consequences for Weinstein, former NBC anchor Matt Lauer, and others, allegations of sexual impropriety have not harmed the most powerful man in the country, President Donald Trump.

Also on Friday, former Democratic presidential candidate Hillary Clinton was accused in a New York Times report of saving the job of faith adviser Burns Strider after he was accused in 2008 of rubbing a young female campaign worker's shoulders, kissing her on the forehead, and sending her sexually suggestive emails.

According to the Times, Clinton's campaign manager, Patti Solis Doyle, asked the candidate for permission to fire Strider which Clinton denied.