Trolls took to Twitter to voice their seemingly sexist opinions 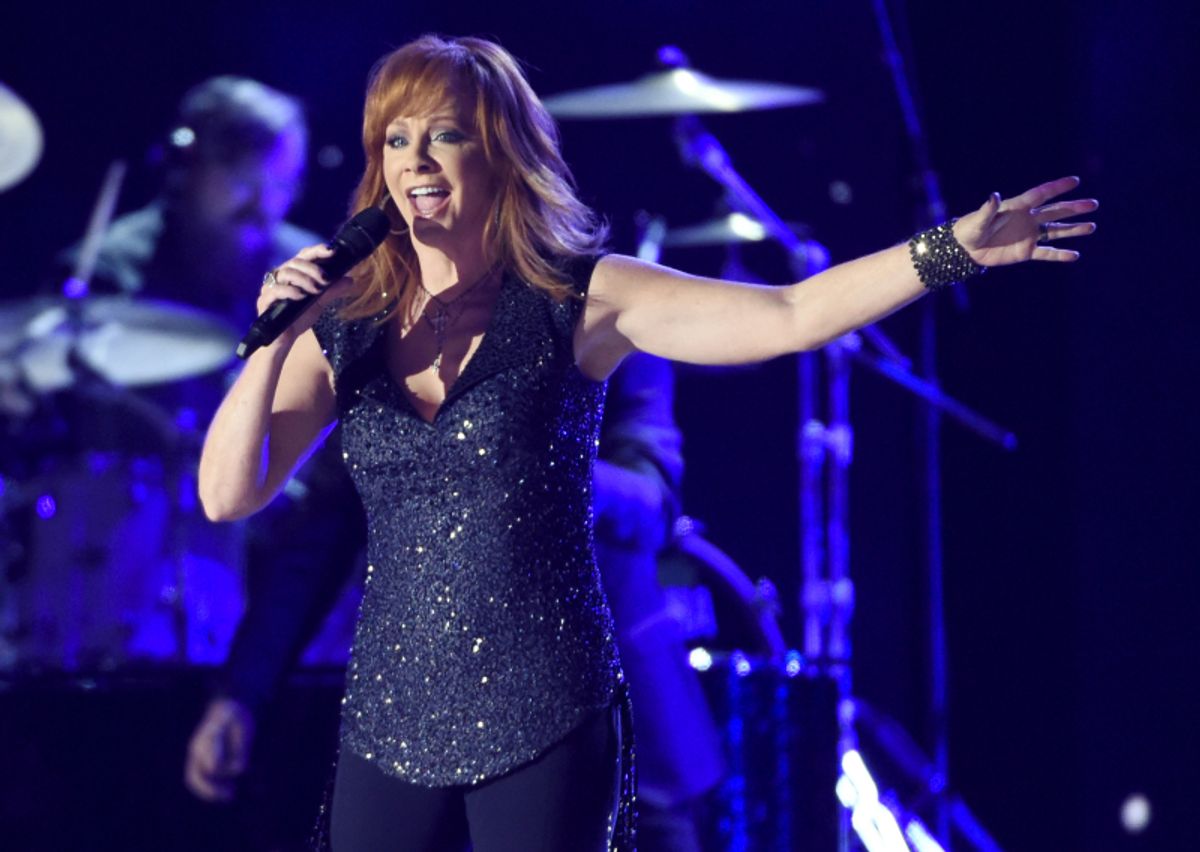 Women are breaking the glass ceiling in the fast food industry.

Kentucky Fried Chicken revealed a new marketing campaign featuring Reba McEntire as Colonel Sanders. She's the first woman to ever take on the role of the company's founder—joining the ranks of other celebrities like Rob Lowe, George Hamilton, and Darrell Hammond.

KFC tweeted the commercial, saying, "Nothing to see here, folks. Nope, nothin’ at all. Just the same old Colonel with a new flavor of fried chicken."

McEntire said in a statement this is her "most unique" role yet.

"I grew up with Kentucky Fried Chicken. It's part of my story, and I'm so excited to now be part of theirs," McEntire said in a statement. "I've held a lot of roles in my life -- sort of like the Colonel himself -- but this is certainly the most unique one yet."

Ever since #MeToo went viral, female empowerment and equality have become a key initiative in various industries. According to Newsweek, the KFC campaign wasn't meant to be a "political move" though.

"We’ve always maintained that anyone, male or female, who embodies the spirit of the colonel is qualified to play the iconic role," the spokesperson told Newsweek. "We were looking for a country music legend who shares the values of the Colonel, a showperson through and through, and a lover of fried chicken with plenty of Southern charm to boot. Reba was the perfect choice."

Cross-gender acting, when actors play roles opposite of their gender, is not only something to be celebrated by women. It's another reminder that all actors don't have to be tied to playing characters of their own genders. Indeed, actors have assumed roles opposite of their genders in the past. Cate Blanchett played a male character in "I'm not there." Allison Williams played Peter Pan in "Peter Pan Live!"—the NBC production, and John Travolta played Edna Turnblad in the 2007 remake of "Hairspray."

Unfortunately, trolls took to Twitter to criticize the KFC move.

Claims that suggest the late Colonel Sanders was sexist might weigh some truth. According to a 1970 profile of Sanders in the New Yorker, he allegedly made derogatory comments about some women. The writer wrote:

He knocks them dead with his flattery, but if you get close enough to him in a crowd you can hear him muttering a running commentary to himself: “Umm, that gal’s let herself go. . . . Look at the size of that one. . . . I don’t know when I’ve seen so many fat ones. . . . Lord, look at ’em waddle.”

However, KFC's marketing team says they chose McEntire because she embodies "qualities of the colonel."

"We picked Reba McEntire because she is a perfect fit for KFC and Smoky Mountain BBQ. She embodies the qualities of the colonel with her showmanship and entrepreneurial spirit," KFC Chief Marketing Officer Andrea Zahumensky told USA Today.