The day George Harrison walked out of the Beatles 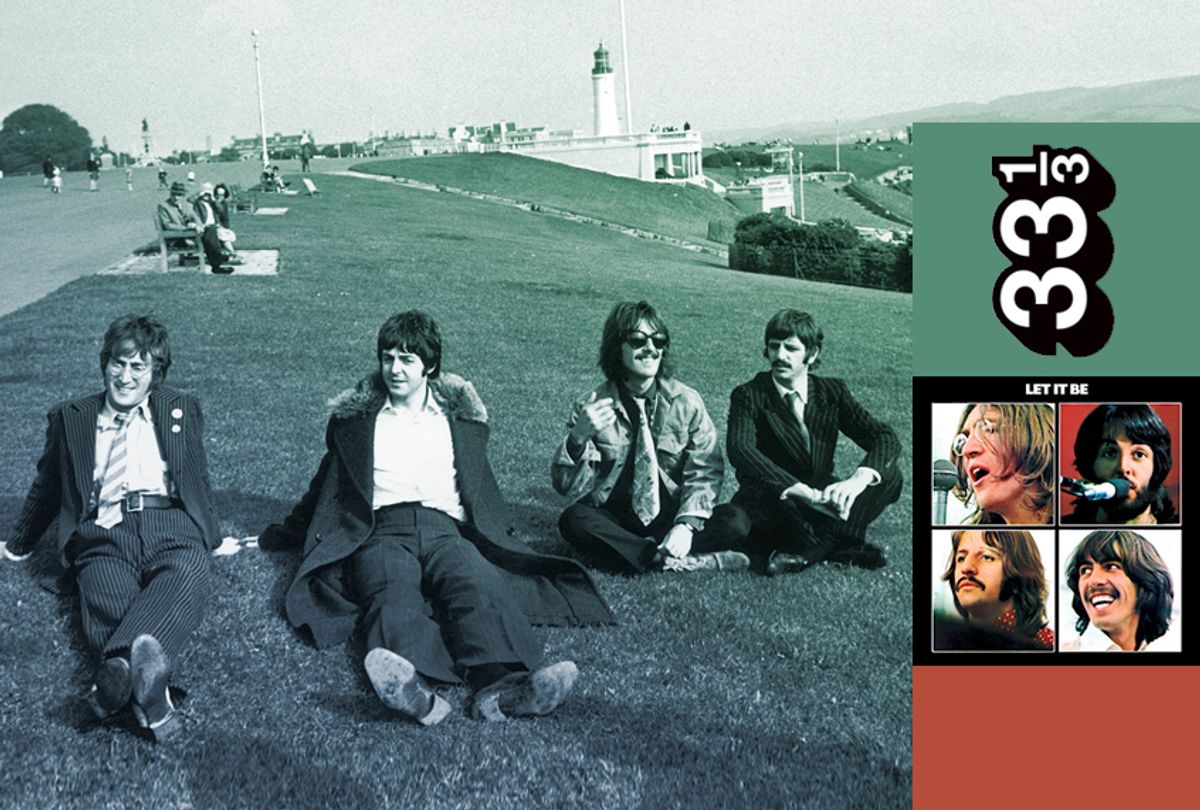 Excerpted from "The Beatles' Let It Be" by Steve Matteo (Continuum, 2004). Reprinted with permission from Bloomsbury Publishing.

The proposed live concert, a continual topic of discussion at the rehearsals, hung over proceedings as an unresolved issue and a source of disagreement among the four. "It was around the second week when the notion came up of what and where the public performance was going to be," says Les Parrott, in regard to the ongoing discussion of the logistics of the live concert. He continues:

Slowly the notion—driven hard by Lindsay-Hogg, I think—of staging a concert in a ruined Roman amphitheater in North Africa, with a crowd of 1000 saffron-robed locals, grew. The means and cost of shipping the equipment were a major debating point. Huge mobile generators would be needed for the lighting and sound requirements. However, this was all solved by a suggestion from George. He said the production should ring up a U.S. Air Force general who ran a large part of the USAF in Britain, as they had once done a charity concert for him, and he had said anytime they needed help, he would help them. Well, the producer did call and an immediate offer was made to fly all and everything we would need in a massive Galaxy aircraft down to a another USAF base a few hours drive from the proposed location, from where USAF trucks would haul it to the Roman ruins. I think the answer ended with a salutation of, “Hell, we'll just turn this into one big exercise; we just love those guys."

However, one lunch time this all ended. We had all moved into the dubbing suite at Twickenham. I think we were looking at some sound/film rushes and a somewhat ad hoc meeting developed to discuss the pros and cons of the North African location shoot. It was certainly at one point well over the proverbial fifty percent approval mark, with the visual notion of one or more thousand saffron-robed Arabs being a major selling point. Then Yoko spoke up, "After 100,000 people in Shea Stadium, everything else sucks." That was it in that short sentence; the idea evaporated. "Yeah, right; good point, of course,” chorused the other Beatles, and that was it.

While the January 30 Apple rooftop concert was probably the most famous date of the "Get Back"/"Let It Be” project, January 10 was probably the most infamous. After running through "Two of Us" and "Get Back,” the group performed "Hi-Heeled Sneakers" before lunch. It appears that by that morning, Paul was fairly happy with the progress he had made on the song "Let It Be” and played it for the group's music publisher, Dick James. It was during lunch, just after a heated exchange between Paul and George and following the intro of Chuck Berry's 1961 song, "I'm Talking About You," that George walked out of the session and quit, saying, "See you 'round the clubs." Dave Harries, one of two technical advisors from Abbey Road present at Twickenham, recalled the haste with which Harrison left the film studio. George Martin had arrived just before Harrison left. Martin was driving his Triumph Herald and accidentally hit Harrison's Mercedes. It must have happened just minutes before Harrison left, because when George Martin walked onto the soundstage, Harries said, "George didn't have time to tell him "I dinged your car.”

In order to keep the filming moving along, Denis O'Dell instructed Michael Lindsay-Hogg to shoot close-ups of John, Paul, and Ringo. Parrott says, “We were merely told George had gone home to visit his mother in Liverpool and we would resume filming after a short break.” The rest of the group returned and ran through, oddly enough, covers of "Don't Be Cruel" and "It's Only Make Believe," before concluding with "The Long and Winding Road," "Adagio For Strings," and, from The White Album, "Martha My Dear.” “At the end of the day I was told to wrap the gear and take it back to the rental company and await instructions,” says Parrott.

Tensions had been evident in the studio, long before the "Get Back” sessions. Richard Langham, an engineer who worked at Abbey Road over many years, remembered how the mood at Beatles sessions changed over the years. "You could feel tensions," he stated. "[The Beatles] were all very nice to us. We never got the brunt of it all. A lot of people didn't want to work on Beatles sessions. The in-joke sort of was, if you were naughty you were put on a Beatles session."

Discussions ensued on how to proceed without Harrison. There was, oddly enough, almost a sense of complete denial of the fact that he was gone. Lindsay-Hogg even suggested that for the live concert they could simply say he was sick. As for John Lennon, his famous quote was, "If he doesn't come back by Tuesday, we'll just get Clapton."

While Harrison's departure in retrospect may seem cataclysmic, one doesn't get that impression when listening to the bootlegs of that day. Some bootlegs reveal that the breaking point for Harrison may have come after a messy version of "Two of Us.” After the opening guitar chords of "I Saw Her Standing There" break down, it appears that Harrison is indeed leaving the group. He rather casually says, "I'm leaving the band now. You can place an ad in the NME." He also seems to be making a comment about how Apple's publicity department could deal with the reasons for his leaving the group.

Without missing a beat, the other three launch into ragged, rushed, near hysterical versions of "I've Got a Feeling," "Don't Let Me Down,” and "Maxwell's Silver Hammer." All the songs were done in an obvious jocular manner, and John and Paul's vocals are sung in a feverish and comedic way. John's near-primal scream comedy vocal approach shows either his complete lack of concern that George has left or a nervous disgust over how much these sessions have completely fallen to pieces.

The seven days of filming were unlike anything the group had ever done before. With their live performing days behind them, they had not rehearsed in years. Also, there was no clear plan on what the rehearsals would lead to. The fact that they were being filmed at the chilly, fishbowl-like Twickenham soundstage obviously must have added to the tension of the rehearsals.

What was going through the Beatles' minds while they played at Twickenham? Whatever tension there was, there still must have been a bittersweet feeling as well. As they played some of their old songs and especially covers of songs that were part of their early stage show, memories of their hungry years must have crossed their minds. As they spontaneously ran through songs like "Hippy, Hippy Shake," "Dizzy Miss Lizzy," and “Money," did they recall those sweaty nights in the dank Cavern cellar in Liverpool? Did they remember how tired and wired they were as they blasted out set after set at the Kaiserkeller, the Star Club, and the Top Ten Club in Hamburg, Germany? The incessant touring in the U.K., in America, and in the East, and all the television shows they had done must have come to mind as they played certain songs. Did it add to their misery, recalling the exhausting schedules of the past, or did it inspire sadness, knowing they had now come full circle with the end clearly in sight? There had to be that sense of what happens when old friends, who have long drifted apart, get back together. As much as everyone wants things to be the way they once were, it simply can't happen. By playing those old songs, the Beatles must have known they were tempting fate. Like characters in a Thomas Wolfe story, they were trying to get back homeward, but of course they couldn't.