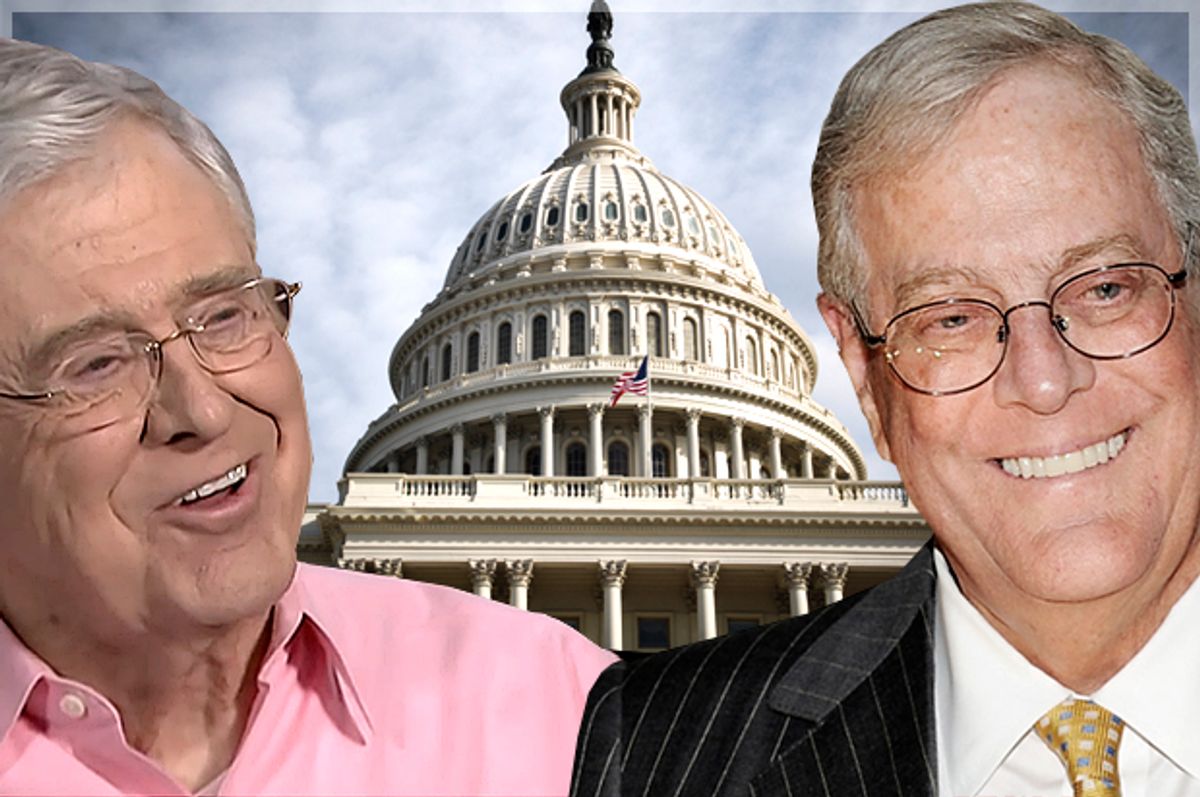 Charles and David Koch, better known as the Koch brothers, are some the largest financiers of the Republican Party and conservative politics in America, and with the Republicans having full control over Washington, their political network doesn't plan on slowing down at any point soon. The Koch brothers will look to "change the trajectory" of the U.S. and spend as much as $400 million in the upcoming 2018 midterm elections, according to multiple new reports.

During a private meeting of donors and supporters in Palm Springs, California, on Saturday, Charles Koch vowed "to increase the scale and effectiveness of this network by an order of magnitude, by another tenfold," CNN reported.

"Because if we do that," he added. "I'm convinced we can change the trajectory of this country."

The Koch brothers are one of America's wealthiest and most powerful families, and slowing down doesn't appear to be an option, regardless of recent success and full Republican control. The two have pledged to spend up to $400 million "on campaign contributions and policy initiatives" in the upcoming 2018 midterms, a 60 percent increase in spending compared to the 2016 election cycle, CNBC reported.

"I’m more excited about what we’re doing and about the opportunities than I’ve ever been," Charles Koch said, according to Time. "We’ve made more progress in the last five years than I had in the previous 50."

Front and center, of course, will be the recently passed GOP tax plan, which the Koch network will pour $20 million into promoting — the same amount they invested last year before it was passed, CNN reported.

We know the challenges out there at the state and federal level," said Tim Phillips, the president of Americans for Prosperity, a Koch-funded conservative advocacy group, Time reported. "We’re all in trying to protect those in what will be a challenging year."

Phillips added, "But we've seen the results that these policies are having on Americans, improving their lives, and we're all in to try to protect those in what we know is a challenging year."

To Sen. John Cornyn, R-Texas, it was music to his ears, as he expressed he was "delighted that the network is going to be committed to helping us tell that story," CNN reported.

The news comes as the 2018 midterm elections begin to take shape, and the Democrats needing to flip 24 seats in the House in order to attain majority. The Koch brothers, of course, have maintained an intense grip on politics inside Washington in recent decades, pushing ultraconservative policies and not only ignoring the threat of climate change, but funding its denial, paving the way for the normalization of GOP denialism.

Despite Trump's campaign promises to "drain the swamp" his connections to the Koch brothers runs deep, especially inside the White House, where roughly as much as one-third of his administration holds ties to Koch affiliates. Koch Industries also helped fund Trump's nominees when he first entered office, such as Environmental Protection Agency head Scott Pruitt. Perhaps the closest America has come to an entirely Koch-driven presidency, is the man second to Trump, Vice President Mike Pence.