NRATV host: Preventing the Vegas shooter from buying 47 guns would have been "unacceptable" 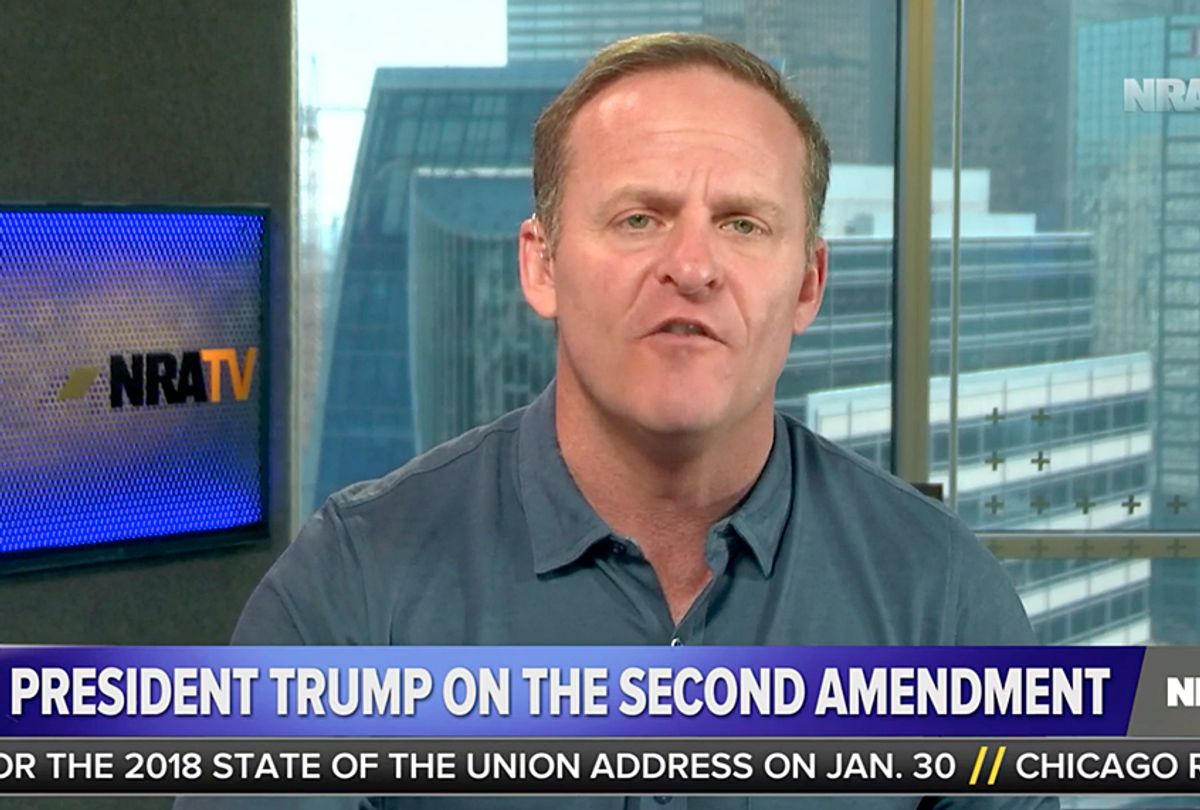 NRATV host Grant Stinchfield doesn't believe there is any "common sense" in passing legislation that would have stopped Las Vegas shooter Stephen Paddock, who purchased 33 guns in the last year of his life, from buying more weapons. He noted that any such proposals would also be unfair to the public, and gun owners.

Stinchfield is, of course, wildly wrong. In a society where the National Rifle Association doesn't have its claws deep inside the pockets of Republican lawmakers, Congress could easily pass legislation that would have prevented Paddock from buying 33 guns in a single year, or a bill that would have prevented him from collecting a total of 47 guns — essentially a cache of weapons. All told, Paddock's arsenal, 23 of which were with him in his hotel room along with unreal amounts of ammunition, gave him the opportunity to slaughter 58 people, and injure over 500 more in under 12 minutes.

To Stinchfield, that would be overstepping Paddock's Second Amendment rights. He cited a recent interview President Donald Trump did with Piers Morgan, who questioned the president about gun control in America. Stinchfield praised Trump for his dedication to gun owners. In the interview, Trump refused to back down, and said he was a "Second Amendment person" for the purposes of "security."

He added, "The left wants to get in the way of that right, and they do it under the guise of somehow being called common sense gun control. There was nothing common sense about where Piers Morgan was going there, I want to make that clear."

Since the Las Vegas massacre in October, there have been dozens of mass shootings in the U.S. and Congress has not even so much as attempted to pass a single law in hopes of reining in the nation's gun-obsessed culture. In the first 23 days of 2018 alone, there were 11 school-related shootings. In fact, lawmakers on Capitol Hill have actually made things easier to bear arms in public, passing a bill in December, "requiring states that permit individuals to carry concealed guns to allow out-of-state residents to do so as well, if they can legally carry in their home state."

Watch the full clip of Stinchfield via Media Matters for America below: