Trump rages at the Department of Justice for not protecting him from Russia probe: report 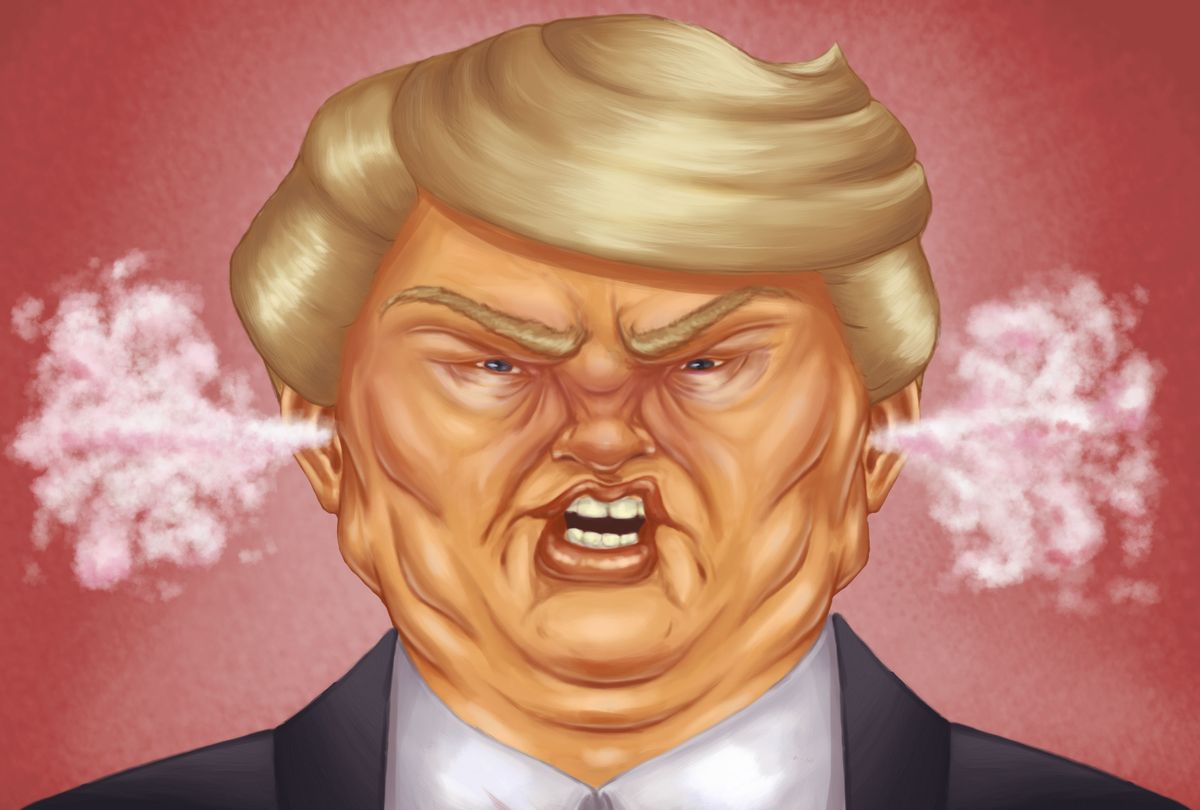 On a Thursday flight to a conference of world leaders in Switzerland, President Donald Trump went into a rage against law enforcement officials working inside the Department of Justice whom he sees as not doing enough to protect him from special counsel Robert Mueller's investigation of Russian activities during the 2016 presidential election and the post-election byproducts of their meddling.

According to Bloomberg News reporter Jennifer Jacobs, Trump was upset about a letter that Assistant Attorney General Stephen Boyd had written to several House Republicans warning them that releasing a classified memo alleging large-scale deception within the FBI and DOJ about the Russia probe would be "extraordinarily reckless."

In Trump's view, this marked the latest in a series of slights from the DOJ, an agency which has not permitted him to interfere in law enforcement affairs.

In a December interview with the New York Times, Trump made clear that he believed that Attorney General Jeff Sessions should be conducting his affairs with an eye toward keeping the president safe from legal jeopardy.

"I don't want to get into loyalty, but I will tell you that, I will say this: Holder protected President Obama. Totally protected him," Trump told the Times, referring to former attorney general Eric Holder. "When you look at the things that they did, and Holder protected the president. And I have great respect for that, I'll be honest."

According to Jacobs, Trump has directed Chief of Staff John Kelly to hold meetings and phone calls with several senior DOJ officials informing them of the president's displeasure with the agency's oversight of the investigation. He has seemingly tempered these conversations with a statement that the White House does not wish officials to engage in illegal or unethical behavior. Jacobs also reported that Trump had not issued a formal directive to fire Mueller but rather that he had discussed the possibility and believed he had the authority to do so.

On Monday, the FBI announced that deputy FBI director Andrew McCabe would be effectively resigning from the agency, serving out the remainder of his career on "terminal leave" until his formal retirement in March.

Several news outlets reported that McCabe had told colleagues last week that he intended to stay in office until he retired so the Monday news came as a surprise. According to the New York Times, McCabe had been asked about moving to another agency position but had decided to resign instead.

McCabe had come under increasing criticism from Trump and several right-leaning political commentators who had accused him of being biased against the president, because McCabe's wife had accepted money from a political action committee linked to former Democratic presidential candidate Hillary Clinton.

McCabe is one of several high-profile DOJ and FBI officials who have been fired or forced to resign their positions since Trump became president, including FBI director James Comey, deputy attorney general Sally Yates, and former federal attorney Preet Bharara.

Beyond privately discussing the idea of firing Mueller, Trump has also talked publicly about sacking Sessions as well as his deputy Rod Rosenstein, both of whom he has accused of letting the Russia investigation run amok.

Although congressional Republicans have warned Trump that firing Mueller would be the end of his presidency, a number of popular conservative and far-right media sources have been urging Trump to do so for months. Some of the more extreme pundits have even called on the president to execute people involved in the Russia probe for "treason and sedition."