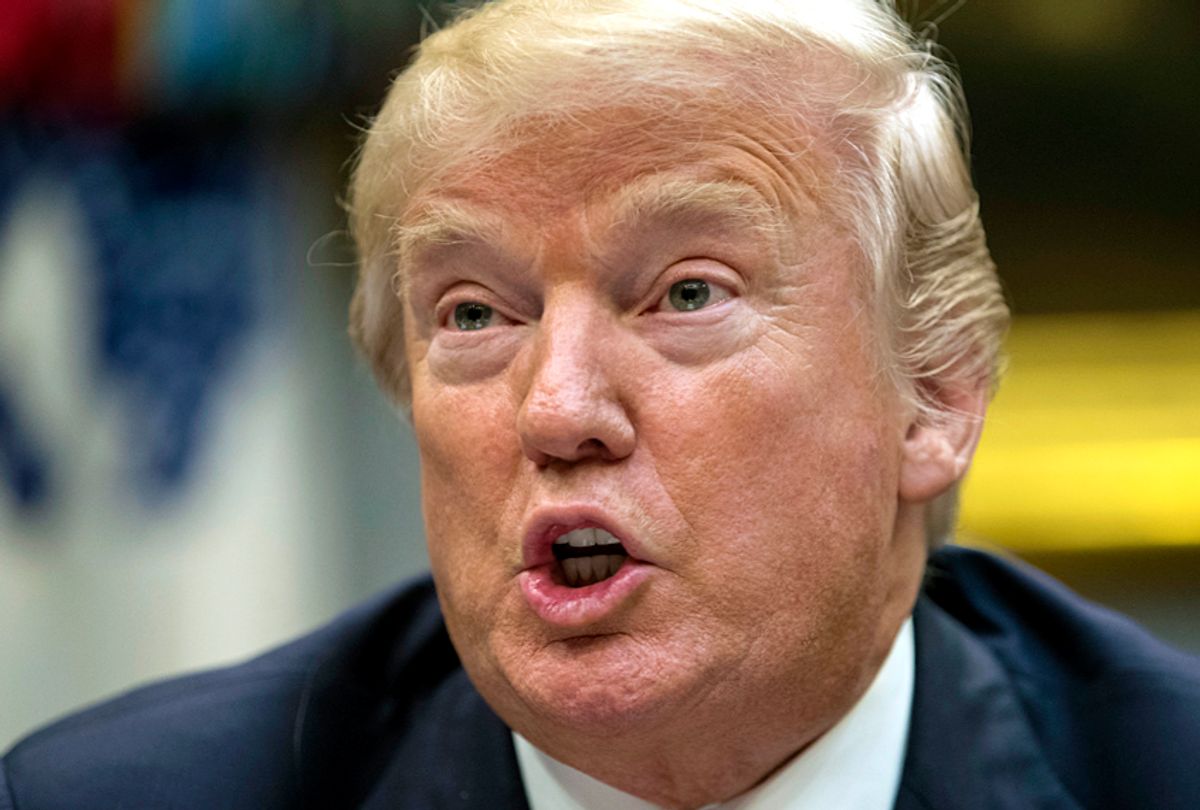 The moguls of global business, who met recently in Davos for the World Economic Forum, may not like Donald Trump’s style. But, if a series of reports by The New York Times and other outlets are to be believed, Trump’s pro-business policies are making it easier for them to forgive his foibles.

Klaus Schwab, the head of the forum, put it this way as he introduced President Trump before his Jan. 26 speech: “On behalf of the business leaders here in this room, let me particularly congratulate you for the historic tax reform [that is] fostering job creation while providing a tremendous boost to the world economy.”

Many attendees praised Trump’s speech itself — bolstered by the impression members of his administration gave at the forum — for pragmatism and a “very constructive mind-set.”

Such wonky gushing is shortsighted, however, and ignores the long-term risks of Trumpism for the economic prosperity of the U.S. and the world. Research into the politics of economic growth — one of my areas of expertise — explains why.

Don’t pop the champagne corks yet

Since becoming president, Trump has overseen significant deregulation in several industries, and his signature economic initiative is a major tax cut focused on businesses. The strong performance of the U.S. stock market suggests investors, at least, are quite smitten with his policies.

It is true that tax cuts and deregulation can provide a fiscal stimulus and, when done correctly, can even spur growth by encouraging investment. It is also true that many in the business community are relieved that Trump seems uninterested in following through on his populist rhetoric.

But it is important to remember that the long-term business costs of Trump’s destabilizing influence are likely to be much greater than any short-term policy benefits. This is because businesses must operate within a social and political context, one that influences their success at every step.

Trump’s behavior since taking office — his willingness to ignore the norms of civil discourse, his possible links to the authoritarian regime in Russia, his problematic business interests and, especially, his contempt for the judiciary and the professional civil service — has eroded global confidence in American institutions.

This is a serious problem for business. Research has confirmed over and over the link between open and stable political institutions and economic growth. We now know that entrepreneurship, natural resource wealth and even the right economic policies are not enough to bring prosperity, when people are unable to trust the integrity of a country’s political and legal system. Instability deters investment, both foreign and domestic, and raises fears that the benefits of hard work will not be rewarded.

At first glance, the phenomenal growth experienced by autocracies such as China and Singapore may seem to be exceptions to this rule. But a comparative view shows that stability is critical for growth even among authoritarian regimes.

My own research (co-authored with political scientist Daniel Kuthy) suggests that more institutionalized and stable dictatorships are more inclined to choose economic policies that promote growth. And research by Emory University’s Jennifer Gandhi has made the link between authoritarian stability and growth even more directly.

Even so, stable democracy, with its transparency and its rule of law, is the best sort of government for business. Such countries as Venezuela and Turkey have experienced negative economic consequences after backsliding from democracy.

When there is a high level of antagonism in society, whether by class, race, ethnicity, gender, geography or something else, businesses must operate in a much more complicated environment. There is a greater threat of strikes, reduced public support for liberal markets, and more challenges in the workplace and in product marketing.

It is here that Trump’s statements and behavior, from his failure to condemn white nationalists to his well established sexism, can be so harmful. The highly polarized climate of today, quite apart from the inherent problems it creates, is bad for business.

Moreover, social peace is connected to levels of economic inequality. This is where even the policies that many businesses support can have seriously negative repercussions in the long term. Analysts agree that Trump’s tax cuts will have the effect of concentrating wealth even more fully in the hands of the few. For businesses, the short-term benefits of a tax concession should not outweigh the risks posed by increased inequality and polarization.

Most of the corporate CEOs who gathered in Davos have a distinctly international orientation. President Trump’s “America First” policies are likely to harm their interests much more than those of domestic business leaders.

For international businesses to function, a network of global agreements and understandings is necessary. The countries of the world have built this network over decades, largely under the leadership of the United States.

If the primary architect of this system no longer supports it, there is a risk that new impediments to trade and capital flows will make economic interdependence harder to sustain. While supporters of globalization are moving forward without the Trump administration, the world should not be sanguine about the future of the liberal economic order without active American support.

Just as seriously, an international conflict could have a severely detrimental impact on economic activity. Loose talk from the Trump administration, to the extent that it increases the risk of war, is a serious threat to business success.

For all of these reasons, the optimism that many seemed to be feeling at Davos is misplaced. Businesses operate within a social and political context, and when that context is destabilized, they cannot escape the consequences.