The followup to the controversial film comes a time when anti-Semitism is on the rise in the U.S. 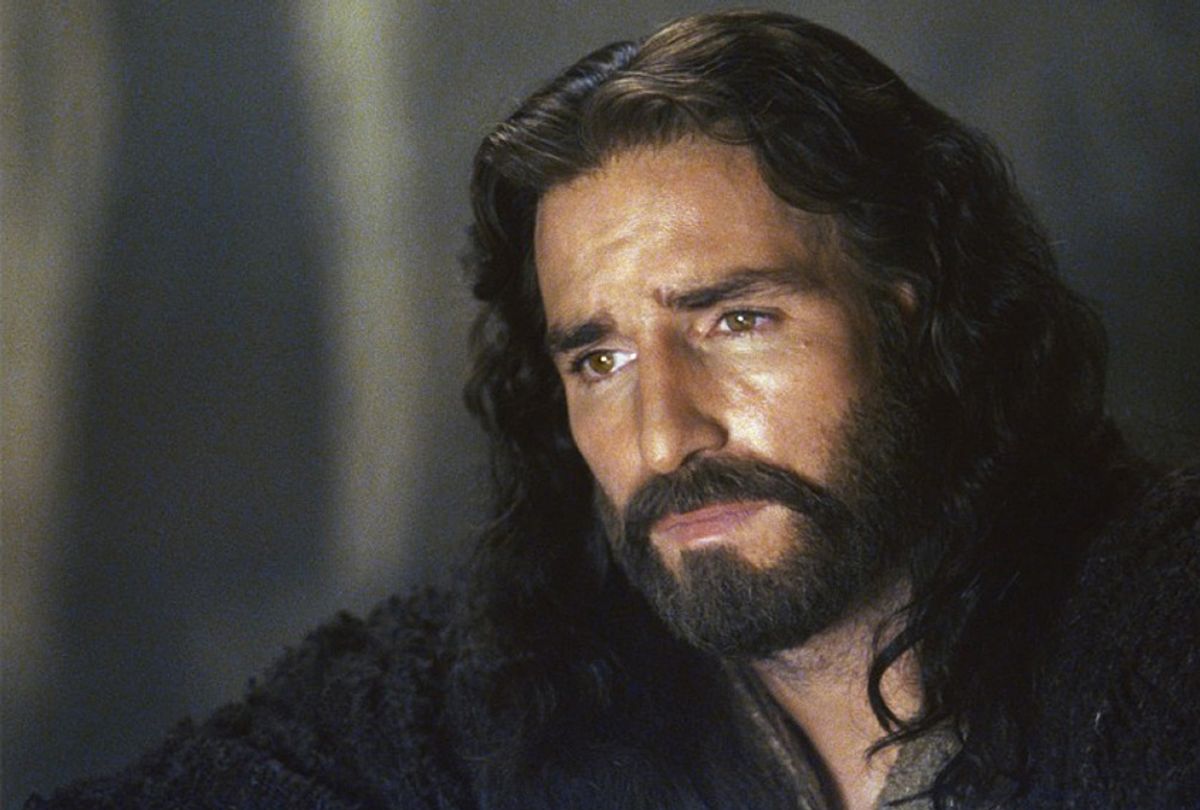 In 2016, Mel Gibson confirmed that a sequel to his controversial, blockbuster portrayal of the crucifixion, "The Passion of the Christ"  in the works. Now, Jim Caviezel, who played Jesus in the original, says he will reprise his role for part 2, USA Today reported.

According to Caviezel, the sequel will portray the resurrection of Christ. "There are things that I cannot say that will shock the audience," Caviezel told USA Today. "It's great. Stay tuned." He added, "the film he’s [Gibson] going to do is going to be the biggest film in history. It’s that good." There have been reports that his character will travel into the underworld for the Harrowing of Hell.

Interestingly, Caviezel is not only 14 years older than he was when he filmed the original — which presumedly takes place only three days in narrative time before the sequel — he is also anywhere from 13 to 16 years older than Jesus ever was (not that this is a true problem with skilled makeup artists on hand).

According to USA Today, Randall Wallace, who worked with Gibson on "Braveheart" will write the script for what seems to be titled "The Resurrection."

"The Resurrection. Big subject. Oh, my God," Gibson told USA Today in 2016. "We’re trying to craft this in a way that’s cinematically compelling and enlightening so that it shines new light, if possible, without creating some weird thing."

Without going into much detail, Caviezel said that Gibson finally "cracked" the film and potentially established a shooting window. "'Braveheart,' that’s a film that took a long time to be able to crack," Caviezel told USA Today. "The same thing for 'Passion.' And the same thing for this. He’s finally got it. So that is coming."

"The Passion of the Christ," directed, co-written and produced by Gibson and following the last 12 hours of Jesus' life in grim, often gory detail, was a massive, if highly controversial, success at the box office. Produced on a slight $30 million budget with no bold-face names aside from Gibson and Monica Bellucci involved, it earned more than $611 million globally and remains the highest-grossing R-rated film in North America, racking in $370.8 million.

On release, "The Passion of the Christ" was widely praised by many Christian groups, but criticized for its perceived anti-Semitic strains and tone. While much of the dialogue spoken by Rabbis is in Hebrew (in addition to Aramaic and Latin), it offered up considerable anti-Semitic bait, including the suggestion that the Jewish Temple was destroyed as a punishment for Jesus' treatment at the hands of the Rabbinical leadership whereas the gospels only tell of a "curtain" ripping in the Temple upon Christ's death. In 2004, whether there would be renewed Christian condemnation of Jewish people due to the film was a constant concern.

It's easy to see that, if this sequel follows the same bent as the original, questions of anti-Semitism could again come to the fore. Currently, the Christian religious right is more visible and influential in both culture, media, politics and government than it was just 14 years ago. As well, a documented rise in anti-Semitic incidents, dialogue and crimes began during the 2016 election and continued during President Donald Trump's first year in office. Should Gibson's forthcoming film be a sequel not just in subject matter, but in tone and attitude as well, the debate over it could be as polarizing and ultimately toxic as any we have seen in the last 18 months.