Given up for dead, the space agency's IMAGE spacecraft is with us again, thanks to a happy accident 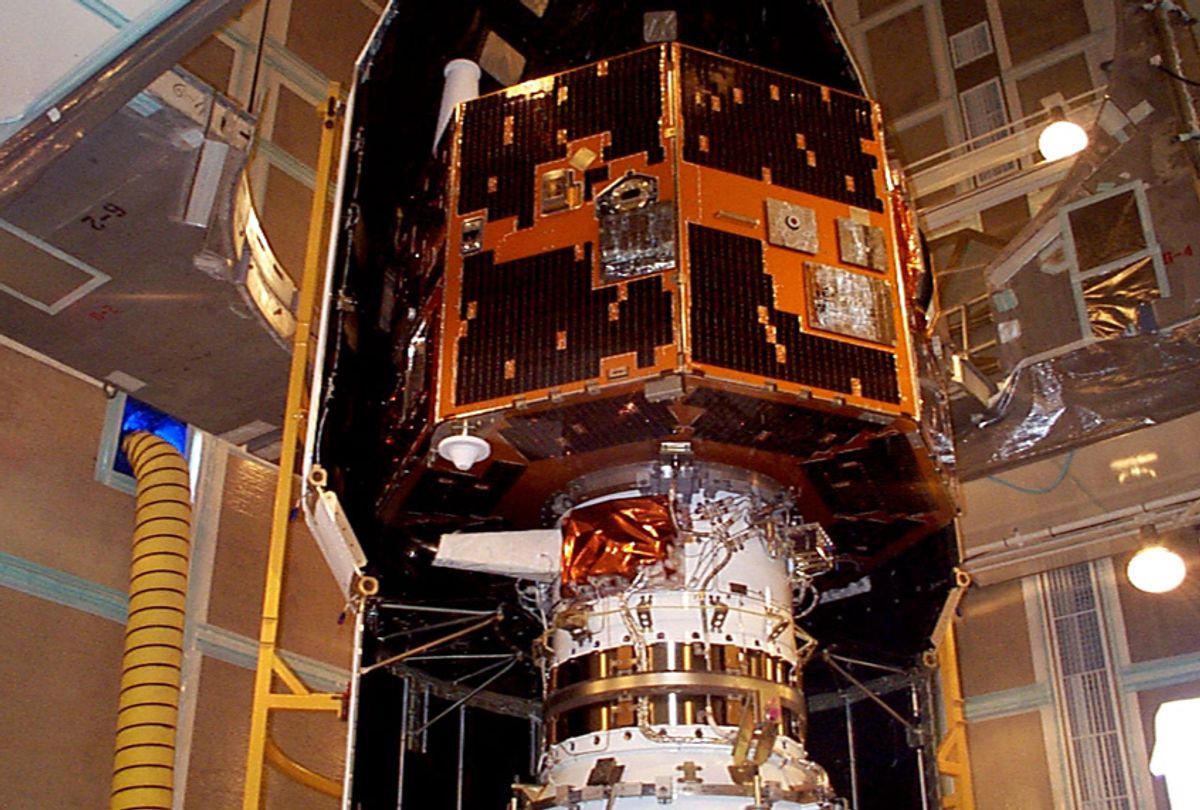 "Welcome back IMAGE!" wrote a part-time astronomer on his blog Tuesday. It was the culmination of his happy and fully accidental discovery of a functioning satellite once thought dead by its creator, NASA.

Launched in 2000, NASA's Imager for Magnetopause-to-Aurora Global Exploration (IMAGE) satellite was tasked by the U.S. space agency to study the earth's magnetosphere — a job it dutifully did until ground control lost contact with the craft in 2005. Having "exceeded all its scientific goals and . . . produced a fire hose of stunning images of the previously invisible region of space in the inner magnetosphere" according to the agency, experts left it for dead, a metal corpse floating in space awaiting its eventual fatal plunge into the atmosphere.

That all changed earlier this month when amateur astronomer Scott Tilley used his radio telescope in an attempt to find the U.S. government spy satellite Zuma, which was reported to have failed to reach orbit and fallen out of contact after its Jan. 8 launch atop a SpaceX Falcon 9 rocket. Tilley didn't find Zuma, but, as he wrote on his blog, he did find something.

A little sleuthing and a lot of analysis of his findings pointed to the long-lost IMAGE as the most likely culprit. Nothing if not thorough and conscientious, Tilley informed NASA, who then teamed with him to confirm the discovery and — yep — found out that not only was the object IMAGE, but that the craft was, at least to some extent, still functioning.

Currently, the agency has only been able to establish limited one-way communication with the craft, but, Rice University plasma physicist Patricia Reiff told Science, "The odds are extremely good that it’s alive."

In an update to his post, Tilley echoed her cautious optimism. "NASA has a lot of hard work ahead of them," he said.  "They need to get a temporary tracking and control terminal up to carry on with determining the status of IMAGE. Based on the health of IMAGE they will need to recreate a mission control center from 13 years ago, obtain staff and procure funds to carry on with a post recovery extended mission."

"One thing is for sure," he added, "no one ever planned backward compatibility for a mission believed to be dead. Perhaps this is the beginning of a new way of thinking about archiving mission hardware and software when failures seem to have a probability of being recovered in the distant future. Humanity’s future in space will require us to think about compatibility with hardware that we let slip away for long periods of time and somehow finds its way home and also listening for that hardware so we know when wayward missions come back to us."

For the moment, it's unclear what IMAGE's relevance would be if it were indeed rendered operational again. Still, as Tilley pointed out, it offers a wonderful opportunity to think about what the future of our space program holds and, yes, to celebrate the abilities and homemade gumption of those who pursue science simply because they love it.