"Chain migration" is an American tradition

Immigrants throughout our history came here through family reunification. It's not new, and it's not un-American 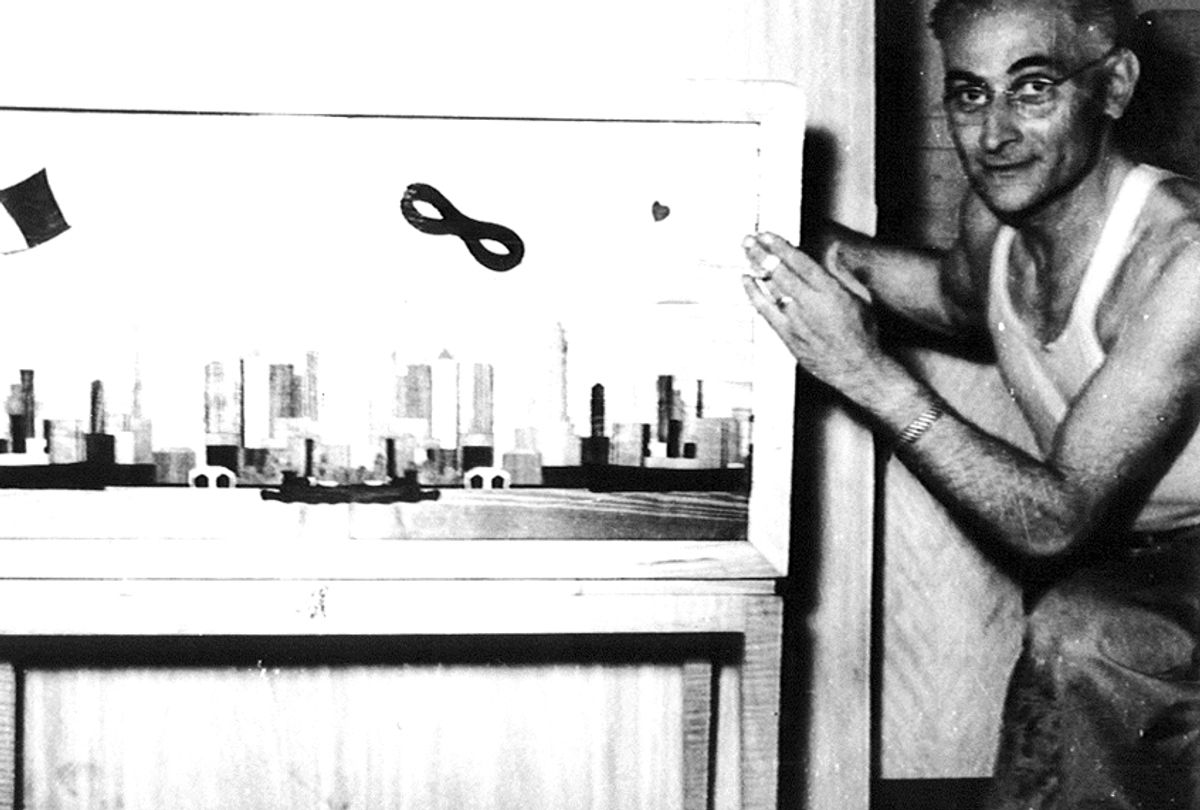 Adolpho Baldizzi with a cabinet he made. (Tenement Museum)
--

I bet Samuel Reigar was a pretty good dad. This is because in the 19th century he was a so-called “chain migrant.”

Born in 1856 in Russia, Samuel — like all Jews living in Russia at that time — faced bleak prospects. Jews could not live wherever they wanted but had to live within a region called the “Pale of Settlement,” where economic opportunities were limited and where most Jews lived in poverty. Life — never easy for Jews in Russia — got significantly worse as Samuel progressed into his 20s and decided to build a family with his wife, Ida. Following the assassination of Tsar Alexander II in 1881, a wave of anti-Semitism led to pogroms (anti-Jewish riots) throughout the Pale. In 1882 Tsar Alexander III issued a new set of restrictions on Jewish life, the so-called May Laws, which placed severe limits on the already-limited educational and occupational options open to Jews. So Samuel — most likely acutely aware of the limited hopes for his future in Russia — decided to gamble on building something better for his family in America. In 1891 he packed up his wife and his oldest son Matthew and left Russia to start a new life in New York City. He would settle at 97 Orchard Street — the site of today’s Tenement Museum — where he would open and operate a bedding and upholstery shop downstairs from the three-room, 325-square-foot apartment his family shared.

You may be smiling about this classic and heartwarming story of how one family risked everything to pursue the American Dream. There’s only one problem with our story: The Reigars left three kids — their second son Abraham (10), their oldest daughter Fanny (4) and their infant younger daughter Mollie (only one year old) behind in Russia. In 1893, Samuel sent for his three youngest children and the family was reunited in New York.

There has been much talk of late about “chain migration,” an apparently horrible new thing that requires denunciation from the president himself. The problem with the current discourse is that chain migration is hardly some kind of new “threat” to America but is instead an age-old tradition by which many of our forebears came to the United States.

The Reigars’ chain migration was hardly unique among the families whose lives we recount at the Tenement Museum. Take for example the Baldizzis, who also lived at 97 Orchard. Adolfo Baldizzi came from Sicily in 1923, sending for his wife Rosaria in 1925. The patriarch of the Wong family, who lived at 103 Orchard, was sponsored by his father to come to America from Hong Kong in 1958, only bringing over his wife and daughter later, in 1965. The Irish followed a somewhat different pattern when they came over in the mid-1800s. Rather than the heads of the household coming over and establishing a suitable home before bringing over wives and kids, the Irish often sent their daughters first. These daughters would typically get jobs in domestic service, painstakingly saving from their meager wages enough cash to buy tickets to bring other family members over later. But a common denominator unites all these disparate groups: Whether Jewish, Italian, Chinese, or Irish, each was guilty of “chain migration,” following a similar road to Orchard Street for more than a century.

Why would families migrate in this way? For the Reigars, it could have been a desire to make sure they had a secure and stable home before introducing small children to it. For Adolfo Baldizzi, he may have been “checking America out” to see if he wanted to stay before having his wife come over, as 40 percent of all Italian male immigrants at that time would choose to return to Italy rather than stay in the United States. The same may have been true for the Wongs, who also had to contend with the legacy of the 1882 Chinese Exclusion Act, whereby the only Chinese allowed to come to the U.S. were family members of U.S. citizens. Or maybe it was for more prosaic reasons, like that which many Irish families faced: They just couldn’t afford to buy tickets for everyone to come over together, all at once.

Sometimes these families had to flout the law to be reunited. Adolfo Baldizzi came legally in 1923, a year before the passage of the National Origins Act, which severely and intentionally restricted immigration from Southern and Eastern Europe to next to zero. When Rosaria came in 1925, then, she came without documents and would live in the shadow of the law until she was able to finally become a citizen more than two decades later, thanks to a special amnesty for undocumented immigrants who had lived in the U.S. at least seven years and started families here.

What all these families had in common was that they were seeking new and better lives in America. They did what they had to do to access the American Dream, even if it meant painful years of family separation or risking running afoul of the law. They took huge risks in their gamble that migration would lead to brighter futures for their families. And I see their journeys as heroic.

Based on current political rhetoric, today’s chain migrants seem to be seen more as demonic than heroic. Somehow this all-American tradition of families making huge sacrifices and enduring painful separation in hopes of building better lives has come to be seen as a diabolical plot and a threat to our way of life. But if chain migration had never existed in the first place, it’s likely that many of those decrying it today — often unknowing descendants of ancestors who came to the U.S. in the same way — wouldn’t be here to complain about today’s migrants in the first place.

I see Samuel Reigar and those like him as true exemplars of family values: people willing to take huge risks and make enormous sacrifices to build better lives for those they loved. If that isn’t a great dad, I don’t know what is.