This week on "This Is Us": It's the Super Bowl of TV deaths!

What does the NBC series stand to gain or lose by making the sight of a character's death into an event? 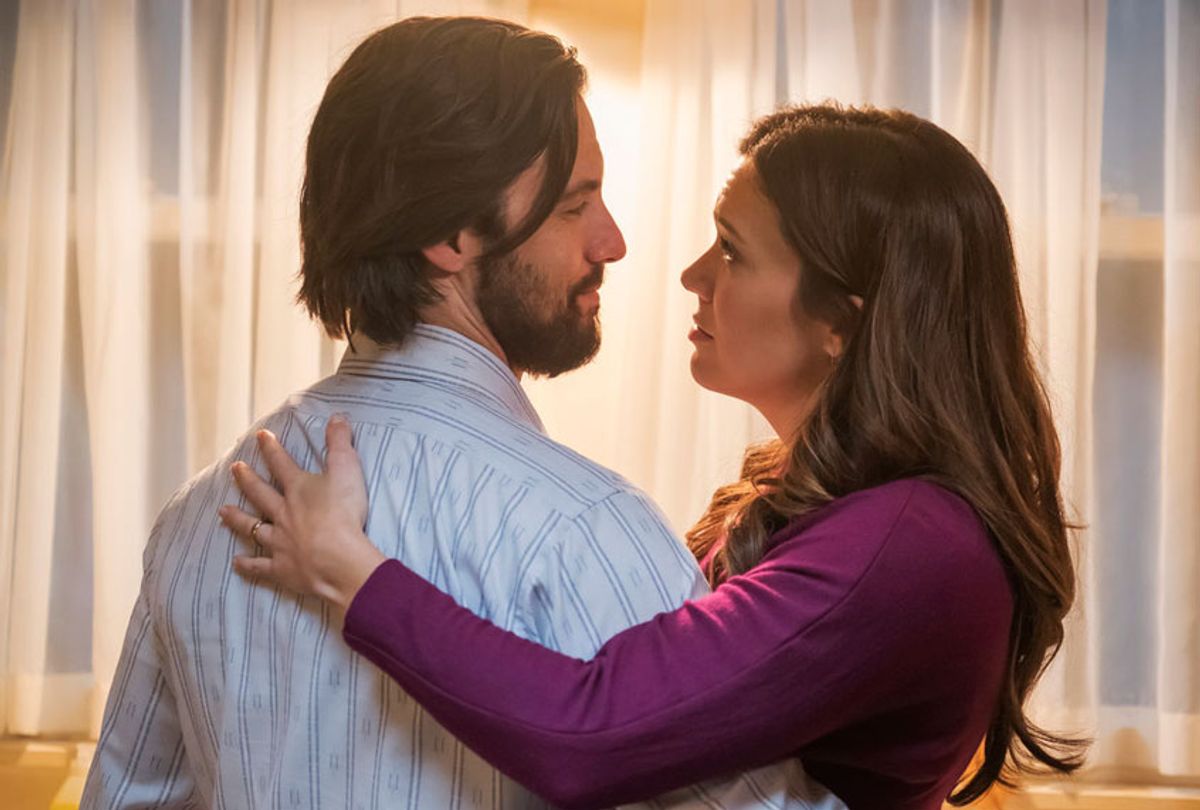 Come Sunday, as the vestiges of pizza rolls, buffalo wings and lukewarm remains of dips are being cleared away, "This Is Us" viewers will bring out the accoutrements of their Super Bowl celebration. The accessories will vary — may I suggest ice cream sundaes, with an accompaniment of flavored La Croix? — but the wise viewer should have easy access to a jumbo box of facial tissues, a wastebasket and an emotional support item of some sort.

For it is on Sunday (Sunday, SUNDAY!) that the NBC drama's audience will finally experience the catharsis they've been saving all their tears for since the show's first season. At last, we'll all find out how Jack Pearson (Milo Ventimiglia), the long-gone-but-not-forgotten father of Kevin (Justin Hartley), Kate (Chrissy Metz) and Randall Pearson (Sterling K. Brown), actually died.

Scratch that — we know the means of Jack's death. A crappy Crock-Pot switch is the culprit, seen in the final scenes of the Jan. 23 episode as a spark started a flame that transformed the slow-cooker into the cause of a fast-moving fire. "This Is Us" creator Dan Fogelman and his writers have been hammering down the nails on Jack's fate for some time now, stretching out the tension since midway through the first season, when theorizing about how the Pearson clan's paterfamilias bought it became a thing.

When a drunken Jack jumped in a car to go see his wife Rebecca (Mandy Moore) sing at a bar we dug our nails into the edge of the couch cushions, convinced that surely this is how television's fantastic and flawed dad would go. You know, lovelorn and veering off a lonely road into a pole as his lady crooned a cover of something stunningly on the nose like "One for My Baby (and One More for the Road)."

But, noooo (also, thank God it didn't happen that way). Fogelman and the gang held out on us until the opening episodes of season 2, as Rebecca pulls up to the burned-out remains of their home. A clue! Death by fire! But how? More theorizing abounded.

But now, at last, we know how it ends for Jack, or at least part of it, and all that's left is the scene that will give us the cry of our lives.

What happens to a show like this when a mystery into which viewers have invested energy and producers have relied upon as an essential source of tension for more than a season is finally resolved? And not just any plot fuel — death. The Big One. Replacing that reliable ingredient for dramatic suspense with one of equal or greater value is going to be difficult.

Let's back things up a bit and recognize the reason "This Is Us" has, in its own subtle way, pulled off a feat that makes it unique among dramas. With sensitivity and soulfulness, the producers wrote a tantalizing, languid burn of a mystery into a multi-pronged story of a very likable blended family. And it did so by establishing, from the start, that the Pearsons are marked by tragedy. Not only that, but that trauma shared by all of them made them what they are. Just like so many of us. That title is genius.

In its frequent leaps between the past, when Kevin, Kate and Randall were children, and their present dilemmas and struggles as adults, "This Is Us" meditates on the lasting impact parents and a marriage have on children, for good or ill. That aspect of the series provides a balm to just about everyone watching. We all came from somewhere and, thanks to our culture's emphasis on family unity and love, we all have feelings about the circumstances that made us who we are.

The Big Three are often angry at each other, at their own mistakes, at their mom or the other adults in their lives, and they take it out on themselves via overachievement and anxiety disorders (Randall), substance abuse (Kevin) and food addiction (Kate). There's a version of just about everybody in all of these characters, with Rebecca acting as the Everymom who makes mistakes and loves unconditionally while, maybe, failing to give each of her kids everything they need because they're human.

Through it all, whether viewed while he was alive or through the lens of memory, Jack is a spirit that guides as much as he haunts his children. Past chapters lend insight into struggles the audience witnesses in the present, and in the glimpse we've seen of Jack this season, he is active, determined to be healthy and attain his dreams. Like his wife and kids, he's also quite flawed.

So Jack's death, like the deaths of most parents, represents a Before and After in the Pearson clan's collective and individual lives. That's really the crux of it. Kate blames herself and had to get over a thing she has about dogs. Death leaves deeds undone and important things left unsaid, Kevin's load to bear. Death robs young Randall of his primary stabilizer, his constant.

So far "This Is Us" has done a superior job of examining how Jack and Rebecca made the Big Three into the adults we can't turn away from. Even so, it never let us forget the nagging eminence of the inevitable, lurking silently beneath the action.

And, for a time, the murmuring about it grew annoying, as if it were a gnat buzzing in the shell of my ear as I did my best to concentrate on something else. "Ah yes, Kate and her love Toby (Chris Sullivan) have finally made progress after their personal tragedy by welcoming a cute little fuzzy OHMYGODITWASTHECROCK-POT!"

At least that will be over. But, to take the longer view of the show's drawn-out sayonara, by making Jack's (fiery?) last moments into an event, "This Is Us" risks creating a different kind of Before and After. Don't be mistaken here, writers needed to close that loop. I mean, the whole business had gotten silly some time ago. But it also demands replacing the energy generated by fumbling around with that puzzle with something else that also lends itself to anticipation.

When a show conditions its audience to hanker for a long-delayed answer to a question, the writers had better be ready with an equally tantalizing new question. Television is full of hits that fizzled once they jumped over that line between Before and After. "Moonlighting" fans spoiled to know, "Are they going to do it?" They did, and we stopped caring. "Twin Peaks" addicts were dying to know, "Who killed Laura Palmer?" We found out and . . . OK, so there was a movie and another drawn-out TV series -- but in truth, a lot of us really stopped caring.

Fortunately, the nationwide venting NBC anticipates millions will experience in unison while watching the post-Game "This Is Us" is supported by a sturdy set of storylines that still require a substantial amount of unpacking. There's a building that needs substantial restoration and relationship bridges calling out to be mended. You know, the foundations of any stably constructed family drama.

"This Is Us" is considered to be one of the best shows on television for a number of very good reasons. The cast is top-grade and Brown's portrayal of Randall has netted him an Emmy and a Golden Globe. The dialogue has an emotional resonance other series can't quite match.

Laying the specter of Jack's death to rest may enable people to appreciate these qualities anew and without distraction, confirming that they're the show's true draw.