Devin Nunes gave one of the worst Trump defenses possible. But hey, it's the thought that counts! 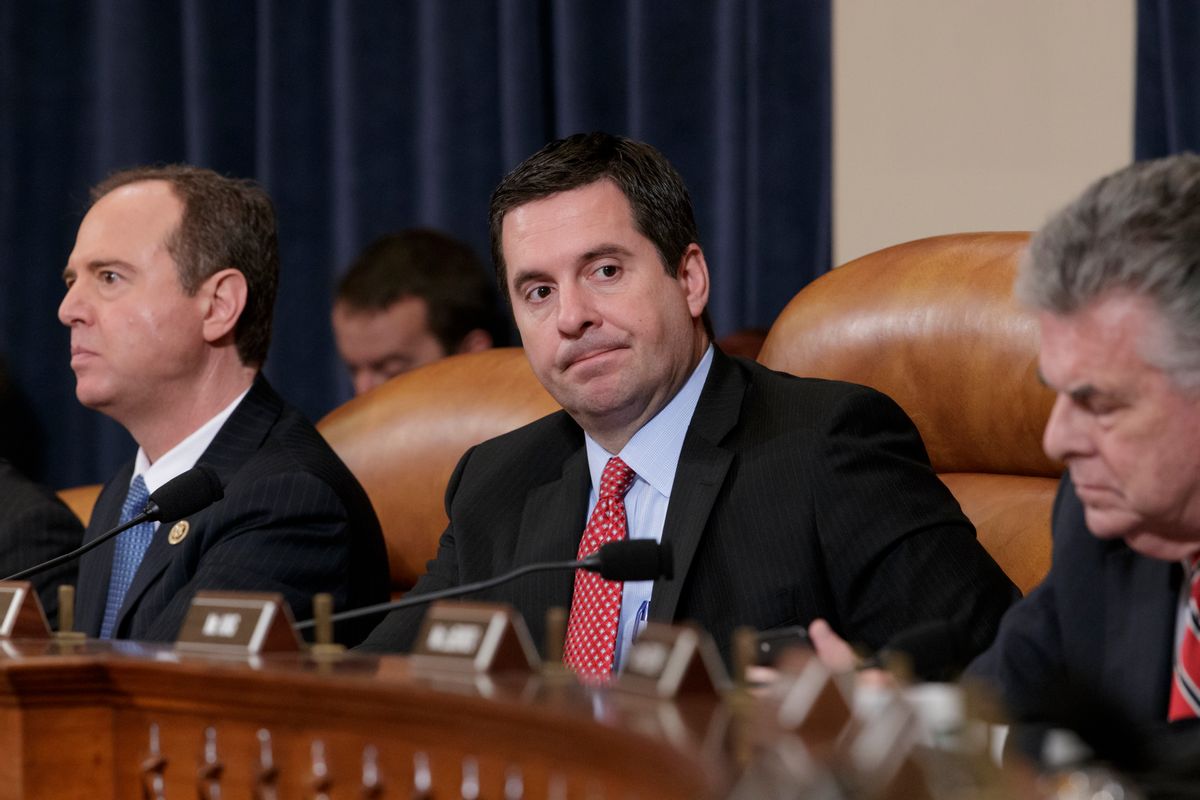 After House Intelligence Committee Chairman Devin Nunes, R-Calif., appeared on “Fox & Friends” Monday morning to cover for his anticlimactic Friday flop of a memo, Trump was quick to tweet his high praise.

Nunes, who had to recuse himself from the Russia investigation after it was revealed he was essentially shilling for the White House, released a four-page memo on Friday that aimed to undercut the FBI’s role in investigating Trump’s presidential campaign. Far from providing evidence of alleged surveillance abuses against Carter Page, a former Trump foreign policy adviser who openly boasted about his connections to the Kremlin, the Nunes memo actually admitted that the Russia probe began with the FBI’s interest into another Trump campaign adviser with ties to the Kremlin: George Papadopoulos.

“What about Papadopoulos, they were looking at him earlier? Why don’t you look at that?” co-host Brian Kilmeade asked. Papadopoulos pleaded guilty to lying to the FBI and is a cooperating witness in special investigator Robert Mueller’s probe into the Trump campaign’s ties to Russia.

“As far as we can tell,” Nunes responded, “Papadopoulos never even knew who Trump was — you know, never even had met with the president.”

That would be a shock to Papadopoulos, who said in his guilty plea that he talked to Trump in 2016 — and that he told the candidate that he could facilitate a meeting with Vladimir Putin. Nunes' denial would also be a shock to everyone in the world, who, thanks to a Trump tweet from 2016, can plainly see Trump and Papadopoulos sitting in the same room, a few seats from each other, in March 2016.

Even Nunes’ memo named Papadopoulos as the individual who “triggered” the FBI to open a counterintelligence probe in July of 2016 after he drunkenly boasted about hacked emails that the Russians had taken from Hillary Clinton.

Needless to say, Nunes found himself on the defensive Monday morning, after even conservative lawmakers and commenters suggested his much-hyped memo failed to deliver the goods. So he attacked his Democratic colleagues, who are lobbying the White House for the release of their own memo.

"They advocated for my removal from the committee. Why is that? It's because we've been successful at getting to the bottom of a lot of real problems with the institutions within our government,” Nunes said of his Democratic counterparts. House Minority Leader Nancy Pelosi and Senate Minority Leader Chuck Schumer each sent a letter to House Speaker Paul Ryan last week asking for Nunes to be removed as Intelligence Committee chairman. Democrats questioned if the edits to the memo were consistent with House rules and whether Ryan's staff was involved in drafting the document.

"Whatever they accuse you of doing is what they're doing. We know there have been almost 100 leaks that we believe have come from Democrats on the House Intelligence Committee," Nunes said on Fox News Monday morning. After he accused House Intelligence Committee ranking member Adam Schiff, D-Calif., of doing nothing but “spread[ing] a false narrative the entire time,” Trump did the same on Twitter.

Appearing on ABC’s "This Week," Schiff said it "could be evidence of the President’s intent to interfere with [Robert Mueller's] investigation."

“We actually enjoy the criticism. When you're being criticized like this by all the major networks and being attacked by the left, we know we're getting close to the truth," he said. "What we're looking at now is the State Department and some of the irregularities there," he added.