FEMA paid $150 million to feed Puerto Ricans, and it backfired 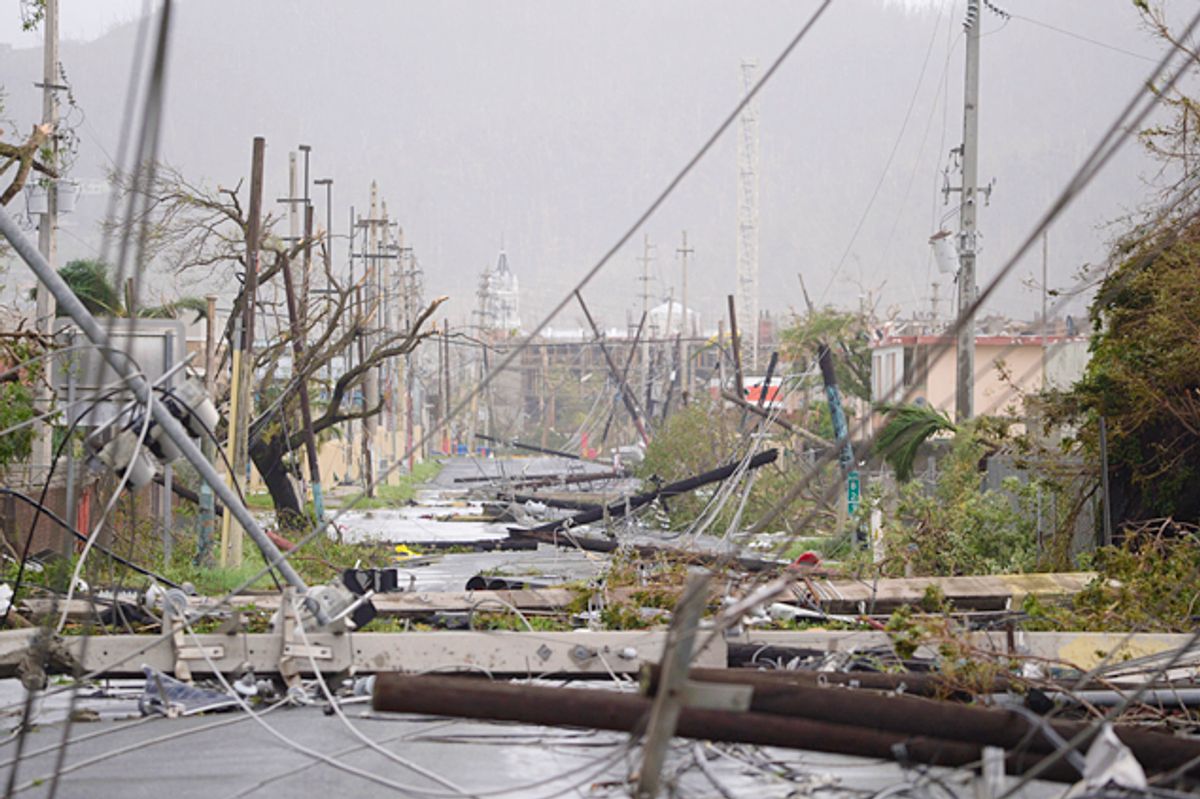 The Federal Emergency Management Agency's handling of delivering meals to hungry Puerto Ricans in the aftermath of the devastating Hurricane Maria was seemingly an utter disaster of its own. The federal government tasked an inexperienced Atlanta entrepreneur who had a prior history of contract abuse with the job of delivering 30 million meals in under three weeks. This was a disaster in the making.

Instead of the 30 million meals requested, only 50,000 meals made it to Puerto Rico — and they weren't even packaged together with the pouches needed to heat them.

On Oct. 3, FEMA awarded one of its largest food contracts — $156 million — to Tribute Contracting LLC, owned and employed only by Tiffany Brown. She had no prior experience with delivering aid for large-scale disasters, and has had five government contracts canceled on her in the past, The New York Times reported. Tribute agreed to deliver 30 million "self-heating" meals to residents of Puerto Rico by Oct. 23.

But, when 18.5 million meals were due, only 50,000 had been delivered. FEMA inspectors soon discovered that the meals were packaged separately from the pouches required to heat them.

By Oct. 19, Brown received an email from FEMA contracting officer Carolyn Ward that read, "Do not ship another meal. Your contract is terminated. This is a logistical nightmare."

FEMA has since said no Puerto Ricans went hungry, and claim that all meals were delivered through the means of other companies. " A spokesman for the agency said FEMA relied on services from other food companies and claimed that the distribution process wasn't hindered.

"At the time of the contract termination there were ample commodity supplies in the pipeline, and distribution was not affected," spokesman William Booher told the Times. "During the 2017 hurricane season FEMA sourced over 200 million meals through multiple vendors in order to support disaster response activities across multiple disasters

If the agency had done its homework, it's quite easy to determine why Brown, and her company, wouldn't be ideal candidates responsible for such a vast, dire task.

Ms. Brown described herself in an interview as a government contractor — “almost like a broker,” she said — who does not keep employees or specialize in any field but is able to procure subcontracted work as needed, and get a cut of the money along the way. She claims a fashion line and has several self-published books, and describes herself on Twitter as “A Diva, Mogul, Author, Idealist with scars to prove it.”

The government has also canceled Tribute contracts on at least five occasions.

Four cancellations involved the Federal Prison System, which found that Tribute failed to deliver meat, bakery, cereal and other food products to various correctional institutions. A fifth termination involved the Government Publishing Office, which terminated a contract for 3,000 tote bags after Tribute failed to print the Marine Corps logo on both sides of the bags.

An investigation by the office’s inspector general found that Tribute “altered and submitted a false shipping document and subcontracted the predominant production function on two contracts without proper authorization,” according to a 2015 report submitted to Congress.

Brown appealed her contract termination on Dec. 22, arguing that Tribute's was not terminated over missing the deadline, but because meals weren't packaged with heating pouches. She is seeking a $70 million settlement and has also claimed "the agency did not specify that the meals and heaters had to be together."

Democratic lawmakers on the House Oversight Committee have investigated the Tribute contract and requested all regards regarding the contract be subpoenaed, the Times reported. Numerous federal contracts from Hurricane Maria have raised serious concerns about the process, but botched federal contracts are hardly a new issue for Washington.

The situation in Puerto Rico is eerily similar to that of former President George W. Bush's administration's handling of Hurricane Katrina in 2005, and in more ways than one.