Trump repeatedly beat his chest on the issue of trade during the campaign. Now the deficit is at a 9-year high 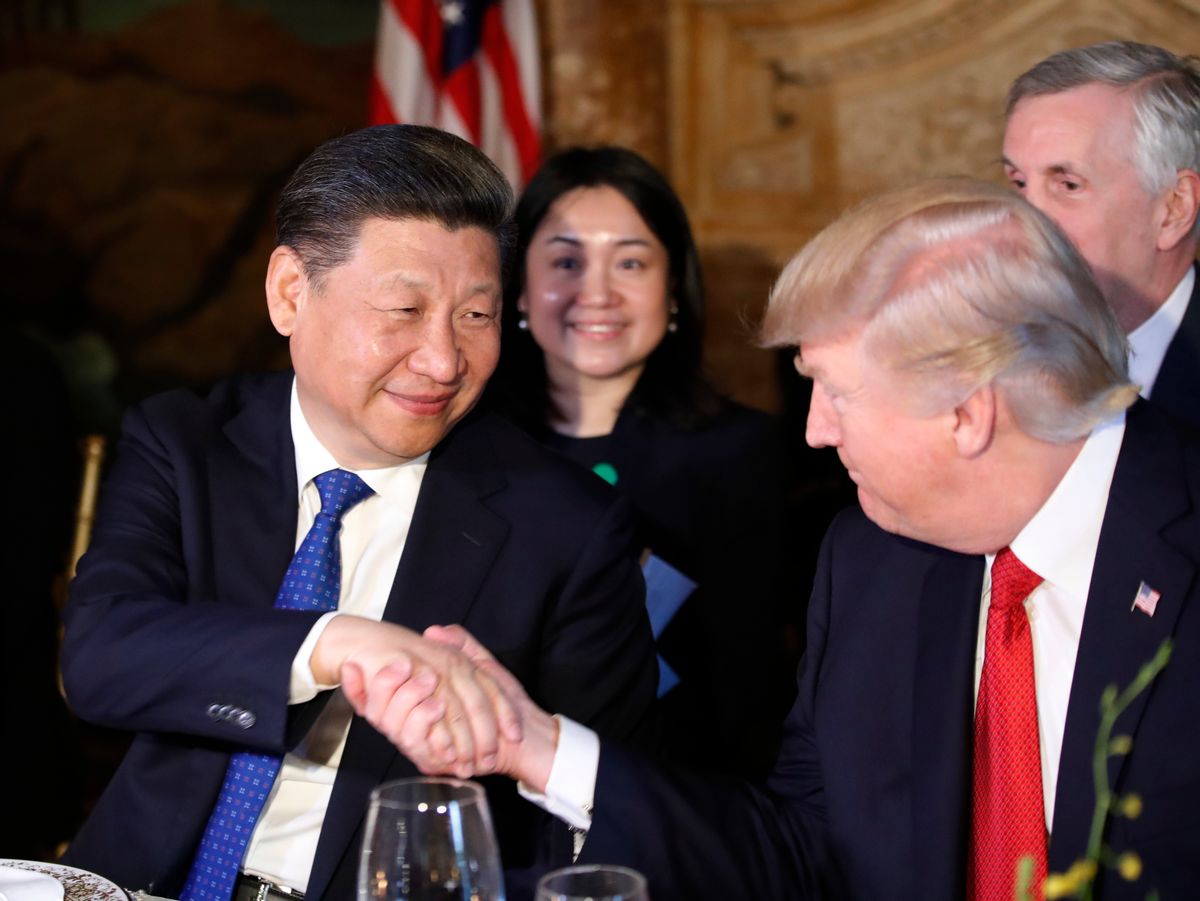 Trade was a hallmark issue of President Donald Trump's campaign. He promised time and time again to make trade "fair" for the United States and unapologetically berated prior years of trade agreements and practices.

So naturally, in his first year of office, the U.S. trade deficit hit its highest level in nine years.

On Tuesday, the Commerce Department announced that the the deficit for goods and services rose to $566 billion — the highest level since 2008, when it stood at $708.7 billion, the Associated Press reported. Imports outweighed exports $2.9 trillion to $2.3 trillion.

Two of the biggest deficits in 2017 came with — wait for it — China and Mexico.

Trump has often hit Mexico and China the hardest on trade, and his administration is currently in the process of renegotiating the North American Free Trade Agreement (NAFTA).

The president's rhetoric towards China has fluctuated from time to time. On the campaign, Trump was a vociferous critic of current U.S. trade practices with China, but since he took office, he shifted his tone because he hopes the Chinese government will help reduce tensions with North Korea.

However, there were points throughout the year where Trump would praise Chinese leadership and other points where he would vocalize his criticism and call for further action on North Korea, or on trade. Sometimes, it all happened in a three-day span.

The trade deficit is not an issue unique to Trump, as presidents have battled with it for decades, not seeing a surplus since 1975. Some economists have predicted the deficit will widen, and believe it's due to a growing economy and the fact that Americans will purchase more imported goods when provided an opportunity, Market Watch reported.

But, Trump will have to do more than just issue damning rhetoric over Twitter in order to actually combat the trade deficit and usher in the so-called fair deals he's promised.