Quentin Tarantino responds to Uma Thurman, digging himself into a far deeper hole

Following his response to her accusations, audio resurfaced of him saying Polanski's alleged victim asked for it 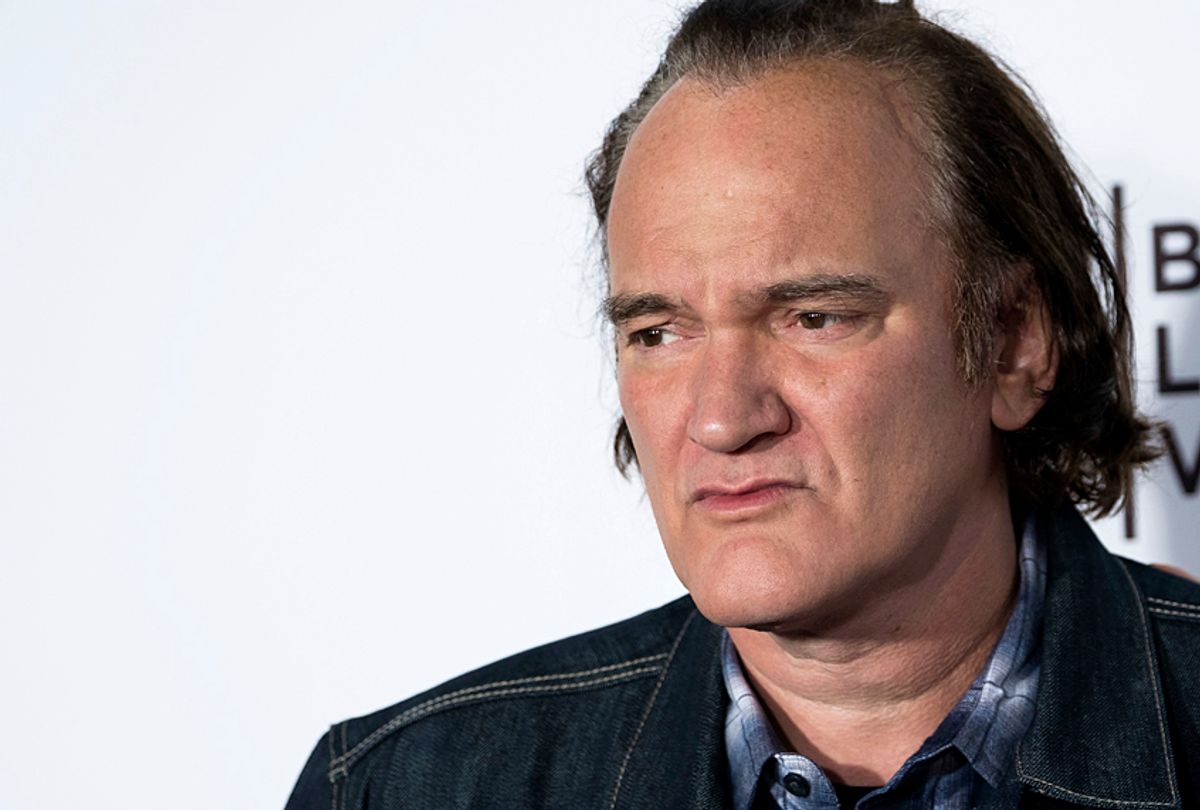 Uma Thurman described her experience of being allegedly assaulted by Harvey Weinstein to Maureen Dowd in a story published in The New York Times Saturday. But it wasn't any statement about the disgraced producer that grabbed headlines.

In speaking about Weinstein, Dowd's article strongly implies that Quentin Tarantino was at the very least complicit in Weinstein's alleged abuse against Thurman. All three of them collaborated on the director's biggest hits, "Pulp Fiction" and "Kill Bill" 1 and 2. As well, Thurman claimed Tarantino forced her to perform a driving stunt in a faulty car for "Kill Bill" that resulted in a potentially life-threatening crash.

After not offering a comment for Dowd's article, Tarantino told his side of the story to Deadline Monday. There, the director called the decision to let Thurman drive the car on the "Kill Bill" set, "one of the biggest regrets of my life." However, he also countered some of Thurman's claims in the Times article, specifically that he was "furious" when she expressed reservations about the car's safety.

"I’m sure when it was brought up to me, that I rolled my eyes and was irritated," Tarantino told Deadline. "But I’m sure I wasn’t in a rage and I wasn’t livid." He admits that he personally drove the car she was tasked with driving down the road but ended up flipping the direction for the shoot. "I told her it would be safe. And it wasn’t," Tarantino said. "I was wrong. I didn’t force her into the car. She got into it because she trusted me. And she believed me."

Tarantino corroborated Thurman's claims that their relationship was broken after the crash. Thurman claimed that their estrangement also stemmed from Tarantino, Weinstein and others not allowing her access to the footage of the collision, visual proof that could confirm her objections to driving the car and the problems that led to the crash (see the footage here).

Tarantino responded to that accusation, saying "Uma thought I had acquiesced to them not letting her see the footage. I didn’t know any of that was necessarily going on. I knew they weren’t letting her see the footage, but I didn’t know she thought I was part of that," Tarantino said. "She got in touch with me this year and said, I really do need to see that footage. We need to make this right. I agreed with her and went out on a herculean task, to find the footage. . . I was so happy when we found the crash footage, because I was going to be able to present it to Uma."

Tarantino appears far less "herculean" when talking about his response to the alleged abuse and harassment Thurman and his ex-girlfriend Mira Sorvino said they experienced at the hands of Weinstein. "She told me those stories," Tarantino says of Sorvino. "I was horrified for her and frankly embarrassed for him, that he had to make desperate moves like that. Me and Mira became boyfriend and girlfriend and he backed off, all the way. I figured he was having a big crush on Mira."

Then, while we were getting ready to do "Kill Bill," Uma tells me that he had done the same thing to her. That was when I realized there was a pattern, in Harvey’s luring and pushing attacks. So I made Harvey apologize to Uma. In the Maureen Dowd article it says, that is when Quentin confronted Harvey? Well, my confrontation was saying, you have to go to Uma. This happened. You have to apologize to her and she has to accept your apology, if we’re going to do "Kill Bill" together.

Through a spokesperson, Weinstein responded to the Times report. "Mr. Weinstein acknowledges making a pass at Ms. Thurman in England after misreading her signals in Paris," the statement said. "He immediately apologized."

Previously, when multiple, violent sexual misconduct allegations against Weinstein first began to stack up, Tarantino said, "I knew enough to do more than I did. There was more to it than just the normal rumors, the normal gossip. It wasn’t secondhand. I knew he did a couple of these things." He's reportedly not the first mogul offered a pass in matters of alleged sexual predation.

Perhaps in response to this back and forth, Jezebel resurfaced an audio recording of a 2003 interview between Tarantino and Howard Stern in which they discussed Roman Polanski's sexual assault of a 13-year-old girl.

He didn’t rape a 13-year-old. It was statutory rape . . . he had sex with a minor. That’s not rape. To me, when you use the word rape, you’re talking about violent, throwing them down — it’s like one of the most violent crimes in the world. You can’t throw the word rape around. It’s like throwing the word 'racist' around. It doesn’t apply to everything people use it for.

When Robin Quivers reminded Tarantino that the girl expressed to investigators that she did not want to have sex with Polanski, the director's voice gained volume. "No, that was not the case AT ALL. She wanted to have it and dated the guy and. . . " Quivers cut him off. "She was 13!" she insisted.

"And by the way, we’re talking about America’s morals, not talking about the morals in Europe and everything," Tarantino fired back. Stern tried to reason with him, "Wait a minute. If you have sex with a 13-year-old girl and you’re a grown man, you know that that’s wrong." Quivers added that she was given alcohol and Quaaludes prior to the assault.

Tarantino replied, "Look, she was down with this."