Sorry, but "Lady Doritos" are not actually happening

Women are still welcome to snack on old-fashioned loud Doritos, if they can bring themselves to do so 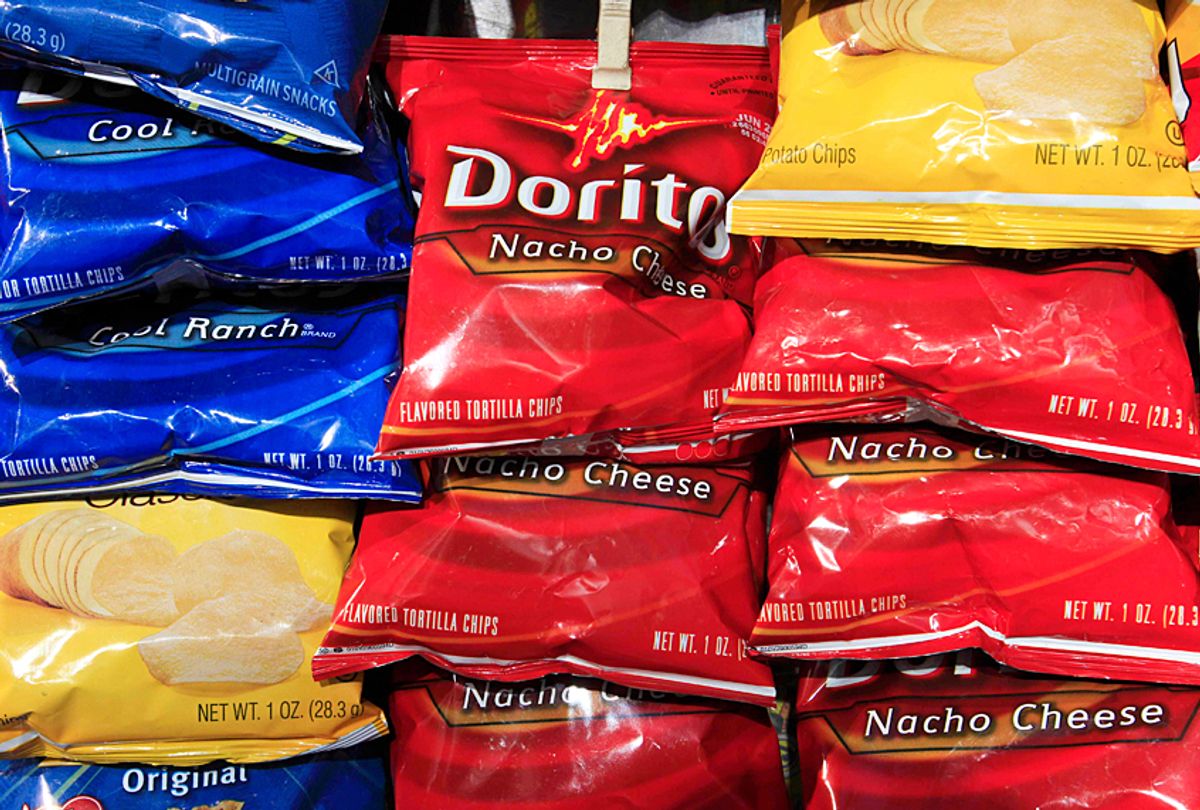 It almost could have been a passage from "The Handmaid's Tale" or an advertising campaign from the 1950s. But no, it was just another day in 2018.

On Feb. 2, speculation circulated around the internet that PepsiCo was getting to ready to introduce a line of "Lady Doritos" — that is Doritos for women which would have less audible crunch and sticky orange powder. However, it is Salon's sad duty to report that the company announced on Monday that "Lady Doritos" aren’t happening after all.

As a statement from PepsiCo said, "The reporting on a specific Doritos product for female consumers is inaccurate," adding "We already have Doritos for women — they’re called Doritos, and they’re enjoyed by millions of people every day. At the same time, we know needs and preferences continue to evolve, and we’re always looking for new ways to engage and delight our consumers."

A spokewoman for the company told the New York Times that something target towards women was in the works, but "I can’t yet give any more details beyond what Indra relayed in the podcast . . .  However, I will be able to in a few months."

Rumors surfaced after PepsiCo C.E.O. Indra Nooyi suggested in a podcast with the hosts of Freakonomics that the company was making plans to launch a series of snacks engineered for today's active, easily embarrassed woman. Nooyi pointed to specific problems that she alleged prevent women from fully enjoying the flavored corn chip.

"When you eat out of a flex bag," said Nooyi, "one of our single-serve bags — especially as you watch a lot of the young guys eat the chips, they love their Doritos, and they lick their fingers with great glee, and when they reach the bottom of the bag they pour the little broken pieces into their mouth, because they don’t want to lose that taste of the flavor, and the broken chips in the bottom.” She added, "Women would love to do the same, but they don’t."

It’s also the possibility of crunching "too loudly in public" that makes it harder for women to eat Doritos, according to Nooyi.

The hosts asked her if there would soon be male and female versions of chips, to which she replied, "It’s not a male and female as much as 'are there snacks for women that can be designed and packaged differently?' And yes, we are looking at it, and we’re getting ready to launch a bunch of them soon."

"For women,  low-crunch, the full taste profile, not have so much of the flavor stick on the fingers, and how can you put it in a purse? Because women love to carry a snack in their purse," she explained in perfect internal corporatespeak.

While companies creating marketing, advertising campaigns and products specific for women is nothing new, it’s something that has attracted much criticism as of late, the idea of "Lady Doritos" being perhaps the most notable example on social media. As well, studies continue to suggest gender-stereotypic content can influence children’s interests from a young age, something that has been one of the many barriers keeping some women from pursuing their true passions in life and reaching overall social and economic parity with men. Certainly, ghettoizing the snack aisle with "Lady Doritos" wouldn't have brought them into crunch equity with their male peers.