How the state steals from those accused of crimes 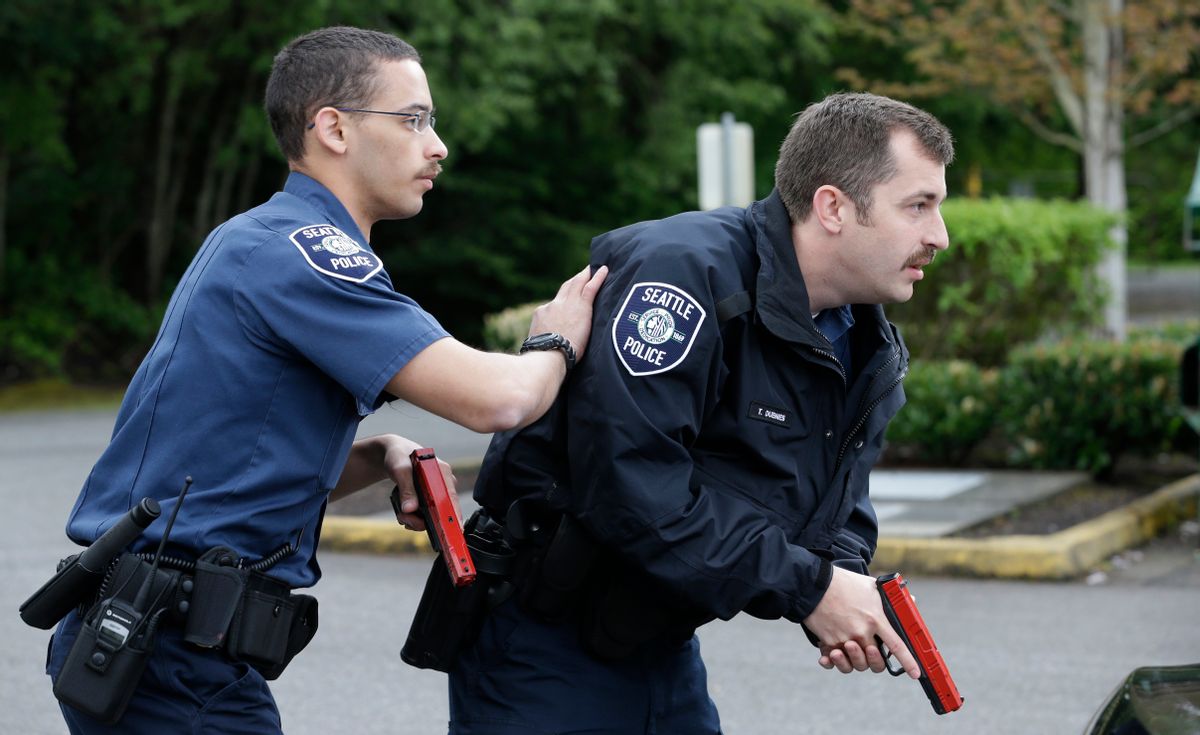 In 2000, I did a survey of all police departments in Kentucky. One small finding revealed a little-known fact about the practice of civil asset forfeiture (CAF): the average dollar amount seized was only $300.00. The State seizing suspected drug dealers’ property was justified on crippling drug kingpins financially. This finding exposed a dark reality: police and prosecutors were mostly taking small amounts of cash from enormous numbers of everyday people that may or may not have committed low-level drug crimes.

This cash provided police large departmental slush funds that were obtained not through taxes, but by absconding petty currency and property directly from citizens. The people targeted of course were poor, and had little legal recourse to recoup their money, even if it was seized without basis. Sprint to 2018, and what we’re faced with now, according to the definitive study Policing for Profit, is a State-theft-industry. The Washington Post reported in 2015 that “law enforcement took more money from people than burglars did” — well over 5 billion dollars.

During the 1980s and 1990s drug war, the federal government began aggressively training local police departments in civil asset forfeiture. These ubiquitous training seminars helped to institutionalize, among local police, a federal CAF juggernaut. The federal government’s justification was the necessity of “waging war” on street-level drug use and dealing, mostly in poor minority communities.

The training program, and local PD’s embracing this revenue-generating practice with both arms, proved highly lucrative. In Texas, for example, even as far back as 2003, large and small departments were supplementing their tax-based operating budgets by 60-70 percent. In another words, CAF allowed local police departments to more than double their budgets; funds that they could spend however they wanted. During a time of budget cutbacks due to an emerging austerity ethic that prohibited tax increases, local police, prosecutors, and elected officials found a profitable means to extract resources directly from the citizenry.

This same time period also witnessed a steep growth in police militarization (PM), characterized not just by a dramatic expansion in the number of police paramilitary units (SWAT teams), but also a massive increase in the number of drug raids carried out by these same special-operations-units. Police paramilitary drug raids of private residences increased by 1200% during the late 1980s and 1990s war on drugs.

The positive correlation between rising CAF practices and the police moving rapidly down the police militarization continuum was not a coincidence.

Throughout my research on police militarization I’ve been told by hundreds of police officials the same causal narrative: conducting SWAT-raids on private residences did not yield much in terms of convictions or crime control — however, it did provide unprecedented access to peoples’ cash and property. As one leading official in the National Tactical Officer’s Association (40,000 SWAT team members) told me: “You know why this shit took off don’t you [referring to police militarization], police executives figured out early-on how much money they could generate conducting drug raids with SWAT.”

Similarly, there were three revenue streams that paid for the training, heavy-weaponry, organizational costs, and military-grade equipment necessary for PM. These included first, federal funding dollars meant for community policing efforts, drug war funding, and a little later — U.S. Homeland Security funds after 9/11. Civil asset forfeiture practices, therefore, were a critical factor in the growth of police militarization, and vice-versa. Today, approaching the 2020s, this growth dialectic has not slowed — in fact, it has become an institutionalized phenomenon. State theft contributed to police militarization — police militarization drives state theft.

In some ways, these interrelated trends illuminate a fascinating consistency in State practices throughout history. Rulers using violence to take money and property directly from the common folks to enrich themselves (and to support the armies that enforce this State order).

The technological means, bureaucratic obfuscation, and late-modern tactics have evolved, but the underlying function remains the same — resource extraction from the least powerful among us. Much has been written lately, by academics and activists, about the criminalization of poverty as a means to fund local governments.

The relationship between CAF and PM is a powerful example: the emergence of a massive extractive industry rooted in the pursuit of profit directly from those that are least able to afford it. From this perspective, our criminal justice system is increasingly operating as an out-of-control growth complex concerned only with furthering its own power and size. To make matters worse, the Criminal Justice complex is increasingly intertwined with the Military complex, with both taking on the characteristics and functions of one another. A development that does not bode well for the ideal of democratic governance.