Trump's own lawyers think he would commit perjury during Mueller interview 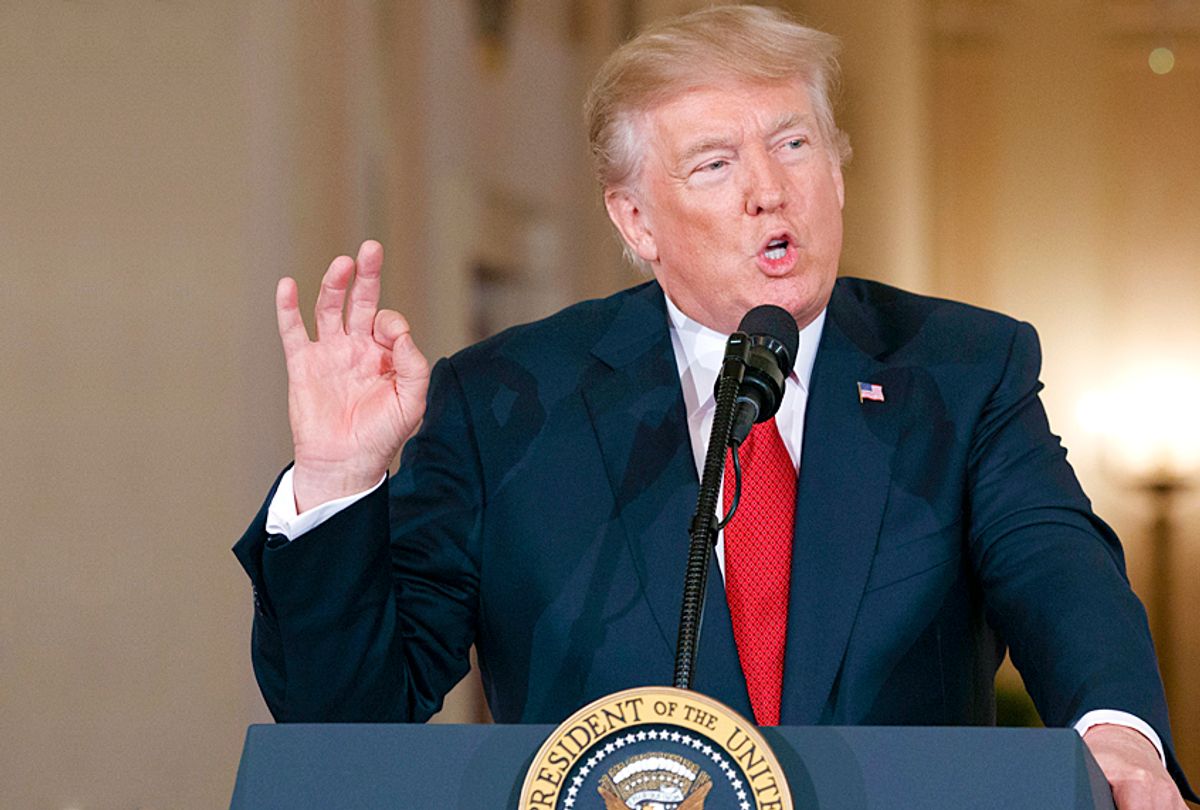 Four sources tell the Times that Trump's attorney John Dowd and his deputy Jay Sekulow, along with "many West Wing advisers," are telling the president to "rebuff" interview requests from Mueller.

Their concern is that the president will perjure himself during the interview.

'[L]awyers are concerned that the president, who has a history of making false statements and contradicting himself, could be charged with lying to investigators," the Times explains.

White House layer Ty Cobb appears to be the only major voice on Trump's legal team arguing for full voluntary cooperation with the investigation by Trump.

If Trump refuses to speak to Mueller, he would likely be subpoenaed. Refusal to comply would result in a legal battle that could reach the U.S. Supreme Court.