Both parties line their pockets with profits from the arms trade 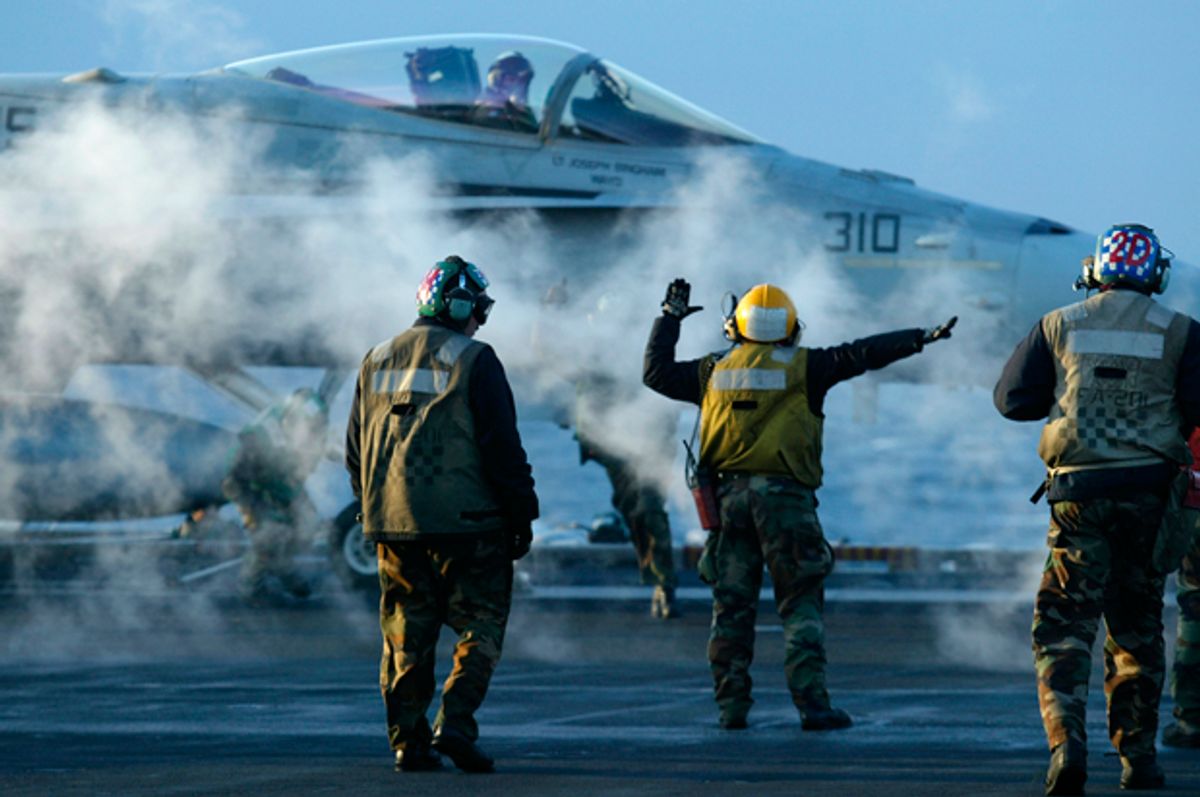 In recent budget negotiations, Senate Democrats agreed to a boost in military spending that exceeded the cap for fiscal 2018 by $70 billion, bringing the total request to an enormous $716 billion. Inevitably, this means more Pentagon contracts will be awarded to private corporations that use endless war to line their pockets. Democrats capitulated to this massive increase without so much as a scuffle. But the move hardly comes as a surprise, given how much money flows from weapons makers to the coffers of congressional campaigns for both parties.

While the majority of the weapons money goes to Republicans, Democratic Senators Tim Kaine and Bill Nelson appear in the top ten recipients of campaign contributions — in both chambers and parties — from military contractors in 2017 and 2018. Northrop Grumman gave$785,000 to Democratic candidates since 2017.Hillary Clinton took over $1 million from the industry in 2016. Even progressive darlings like Elizabeth Warren and Bernie Sanders take money from weapons manufacturers, and Sanders supported Boeing’s disastrous F-35 because his home state had a financial stake in the program.

If neither major political party will stand up to this status quo, what can be done?

One answer might be found in the recent push to divest from fossil fuel companies undertaken by, among others, Norway and New York City. By December of 2016, 688 institutions, representing over $5 trillion in assets, had divested from fossil fuels. In an interview with The Guardian, author Naomi Klein described the fossil fuel divestment effort as “a process of delegitimizing” the sector and of affirming that it yields “odious profits.”

An analogous campaign to delegitimize beneficiaries of war is long overdue. In addition to pressuring our members of Congress to refuse campaign donations from weapons manufacturers and war profiteers, we must mount a divestment effort at the institutional and municipal level. Investment in war must come at the cost of public disgrace.

University students can request holdings information from their schools. Often, investments in military corporations are bundled into more complex financial instruments whose investments are not publicly disclosed. The content of these instruments can be determined by contacting a university board of trustees or endowment manager. Then a divestment campaign can be launched, building campus coalitions, creating petitions, organizing direct actions and passing resolutions through student government bodies. A helpful guide for student activists can be found here.

Activists can launch municipal divestment efforts by determining the holdings of city pension, utility, or insurance funds. In 2017 the U.S. Conference of Mayors, the national association of cities with populations over 30,000, adopted a resolution acknowledging the need to transform funding priorities away from war-making and into local communities. Divestment campaigns can leverage this resolution in order to hold city leaders to their word. More information for activists at the city level is available here.

Divestment offers an alternate means of addressing the blight of war profiteering in an era in which traditional political routes have been closed by our craven representatives. It also brings the message into smaller communities — communities that crumble while defense contractors live in luxury.

A new coalition of about 70 groups across the country has formed to launch a Divest From the War Machine campaign. The coalition is inviting all those who are disgusted by the war profiteers to help galvanize university, city, pension and faith institutions to divest from war. Learn more at: //www.divestfromwarmachine.org/

In a 2015 speech to the U.S. Congress, the very Congress that is so beholden to the war machine, Pope Francis asked why deadly weapons were being sold to those who inflict untold suffering on society. The answer, he said, was money, “money that is drenched in blood, often innocent blood.” Looking at a room full of congresspeople who benefit from what he called “merchants of death,” the Pope called for the elimination of the arms trade. One way to heed the Pope’s call is to eat away at the profits of those who make a killing on killing.