And just like that, CBS has a weapon to combat NBC's likely dominant Winter Olympics coverage 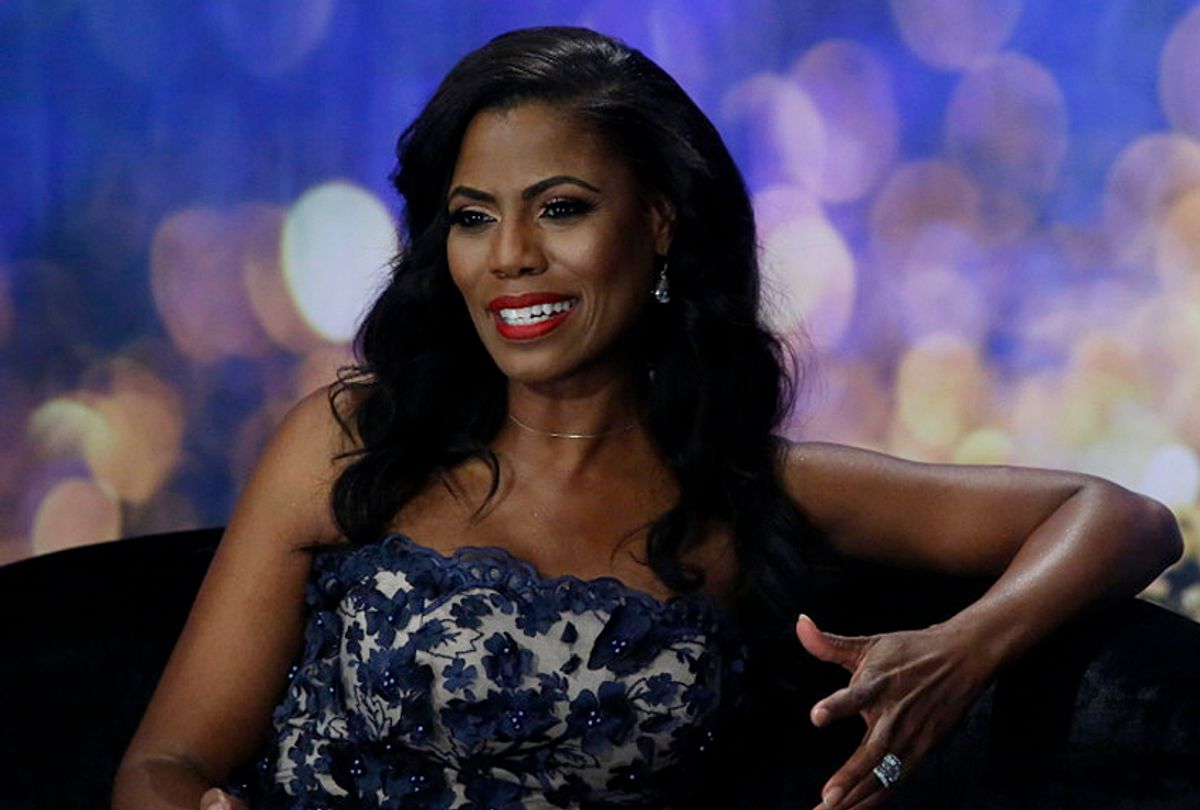 America, it really has come to this: The reality show underling fired four times by our reality show president — thrice on his NBC show “The Apprentice,” once in actual reality — is popping on a completely different unscripted competition series this week.

Way, way back in December 2017, which might as well be a year ago, the Honorable Minister Omarosa Manigault Newman left her post as director of communications at the White House Office of Public Liaison, either by force (according to multiple reports) or by choice (which is how she quickly spun it to Michael Strahan on “Good Morning America”).

Prior to her “GMA” appearance I wrote, “Freshly re-released into the wild, The Omarosa will likely migrate through the hotter, rockier climes of various talk shows who will have her before attempting to settle back into her familiar habitat of reality television.”

“Where she’ll end up is anyone’s guess,” I added, failing to take into account CBS’ dire need to figure out an effective counterstrike against NBC’s coverage of 2018 Winter Olympics. With The Omarosa unexpectedly available, “Celebrity Big Brother” came calling. And the rest shall unfurl before our eyes starting Wednesday at 8 p.m. on CBS, and continuing Thursday and Friday at the same time.

Freshly bumped from the White House, The Omarosa shares the “Big Brother” biodome with a former Real Housewife (Brandi Glanville), a hulked-out UFC Fighter (Chuck Liddell), the sex symbol from the “American Pie” (Shannon Elizabeth) movies, and a man who aged out of the Nickelodeon system (James Maslow). “Hairspray” star Marissa Jaret Winokur also signed on to this mess, as well as Ross Matthews and ‘90s pop has-been Mark McGrath.

One of The Omarosa’s main complaints about Donald Trump’s White House was a lack of diversity. Not here! The “Big Brother” house puts her in a tight squeeze with the one-of-a-kind former Lakers player Metta World Peace; Ariadna Gutiérrez, best known for being mistakenly announced as the winner of Miss Universe 2015; and Keisha Knight Pulliam, the actress who played Rudy on “The Cosby Show.”

The relatively high profile of The Omarosa’s re-emergence in the public sphere — aside from various public appearances during her second White House tenure that really did not go well — defies the standard practice of a bygone era. Remember when ousted public servants would lay low and avoid the spotlight while planning a glorious comeback, complete with image overhaul and an apology tour sponsored by Ellen DeGeneres and the Oprah Winfrey Network?

Yeah. Well, The Omarosa, author of the 2008 opus “The Bitch Switch: Knowing How to Turn It on and Off,” is not dumb. Surely she knows that such a revival will be difficult to come by, in spite of her assurance to “Nightline” correspondent Deborah Roberts, “The White House is not my ceiling, Deborah. It’s just the beginning.”

Surely she also noticed that her fellow predecessors on the lower rungs in the White House social hierarchy aren’t exactly tiring out their arms in the effort to bat away a multitude of the offers. Who wants to hire Sean Spicer? Nobody.

Given The Omarosa’s incurable habit of making everything about herself whenever cameras are rolling, an expert stint on CNN or MSNBC . . . I’m not even going to dignify that sentence with an ending.

Naively I suspected The Omarosa would pop up somewhere in cable’s nether regions first. That may yet happen. First, marvelously,  “Celebrity Big Brother” and its host Julie Chen are there to accommodate The Omarosa’s new beginning since her sudden availability arrives at a time of mutual need.

“Big Brother” producers and Chen’s husband, CBS president and CEO Les Moonves, know that some viewers who ordinarily wouldn’t care about “Big Brother,” Regular Flavor or Extra Celebrity, may tune in to see whether she’ll drop any tidbits about the things she reportedly witnessed in the White House that she was unhappy and uncomfortable with. She probably won’t reveal much, opting to save the real meat for any book deal “Big Brother” could help her lock down. Be that as it may, the reality veteran’s mere presence may be enough to peel viewers away from a few runs in the bobsled competition on NBC.

Fascinating and unexpected relationships tend to be a given in these weirdo series, too. The Omarosa and Pulliam, for instance, may find common ground with one another given each woman’s public displays of loyalty to men accused of sexually assaulting women. Remember that almost six years ago, in June 2017, Pulliam showed up on Bill Cosby’s arm on his first day at court in Norristown, Pennsylvania, to support him during his trial for allegedly drugging and sexually assaulting former Temple University employee Andrea Constand.

The Omarosa still loves Donald Trump despite being fired (or warmly exiting of her own volition) or everything he’s done every day that has passed since January 20, 2017, approximately 10 years ago. So: we have two predator enablers in the age of #MeToo, plus a returned mixed martial arts guy and a Real Housewife of Beverly Hills. That is . . . something.

You may have noticed that one of many feats of dark magic accomplished under this current political administration is to stretch our concept of time’s passage. Appropriately then, this round of “Celebrity Big Brother” will only last until February 25, or two and a half weeks, which is the equivalent of the usual 99 day stay of the non-famous “Big Brother” competitors. (The contestants entered the house on January 31.) It’s also about as much time as one can expect these B-listers to remain sequestered from cameras or autograph requests, even with a $250,000 grand prize at stake.

Following this week’s three-night premiere “Celebrity Big Brother” episodes will air Sundays, Mondays, Wednesday and Fridays at 8 p.m.  How long The Omarosa will remain in the house is up to its guests. But let’s not kid ourselves, the show’s producers must be invested in keeping her in the place for as long as necessary.

With 87 HD cameras and more than 100 microphones recording everything these contestants say and do, The Omarosa is in her element once again.

Given her previous boss’ obsession with hogging the spotlight, what remains to be seen is whether Americans have any desire to spend their precious, ever-decreasing amounts of leisure time with one of his least-liked surrogates. Unlike The Omarosa’s recent stint in Washington D.C., where reportedly nobody really knew what she did, at least in the “Celebrity Big Brother” house we all know exactly what her role is.