The GOP is wrecking your retirement savings

The rich get richer, and the poor will never be able to retire 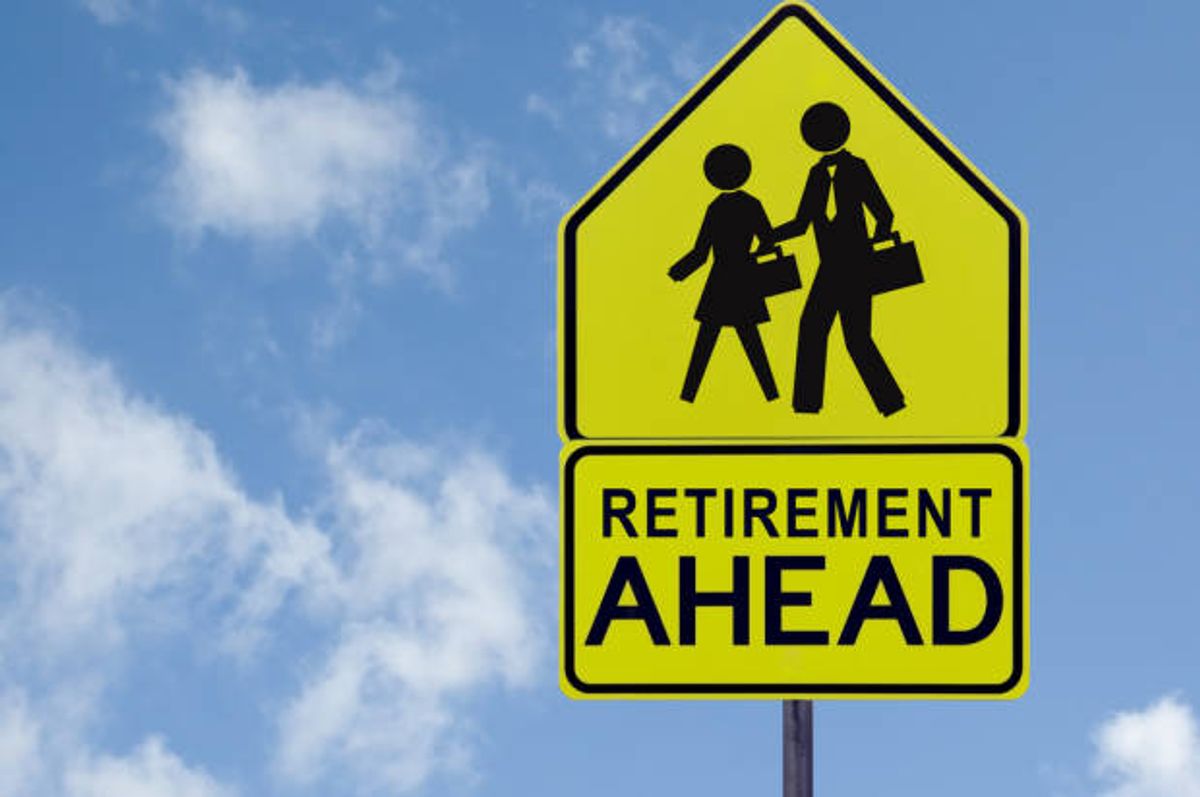 The #GOPTaxScam was the straw that broke the markets’ back.  Here’s why and how.

First, America is hugely in debt (known as “overleveraged” in econ wonkspeak).

There’s over $1.4 trillion in student debt, a number never, ever before seen in the US, and nonexistent in the rest of the world because we’re the only developed country in the world that makes students pay so much for college that they can’t attend without taking out loans.

Consumer credit card debt is over $1 trillion (the highest in history), because people have been using household debt (including low-interest of mortgages and car loans for a total of $13 trillion, a record) to maintain what was once a middle-class lifestyle, once easy with a union job.

This trend has been going on ever since Reagan declared war on working people in 1981 and began the process of destroying good union jobs.

As a result, wages have been flat or declining for over 30 years.  Corporations, feeding off artificially low interest rates provided by the Fed, are also massively in debt.  In fact, one of the most common hustles running over the past 7 years has been to borrow billions at less than 1% interest rate and “invest” that borrowed money in the stock market that’s been giving much higher returns than bonds.

All of these mini-economies (markets) are based on cheap and easy credit that was largely produced by the Fed pouring money into the economy by buying up trillions' worth of US government bonds (debt) and filling the market with low-interest cash.

Because of the repeal of Glass-Stiegel, and thus the deregulation of banks and investment houses, banks have actually bought or become investment houses (gamblers; for example, Bank of America now owns Merrill Lynch).

They’re even now making and selling derivatives based on student loans, car loans, and credit card debt, just like they were with mortgages in 2007 (and they’re securitizing mortgages again, too).

Like the GOP deregulation of the “roaring 20s” led to the Republican Great Depression in 1929, this puts the entire economy at risk.

The only small correction to this colossal mistake was the passage of Dodd-Frank and the creation of the CFPB, but the CFPB has now been taken over by right-wing troll Mick Mulvaney, who is systematically destroying it, and the GOP is hell-bent-for-leather to take down Dodd-Frank (and Trump’s regulatory agencies are functionally ignoring it, not seriously going after banks when they commit what are crimes under Dodd-Frank).

Because this cheap credit was the underpinning of the “recovery” of the past 7 years, we’ve been essentially holding off the Bush Crash of 2008, rather than fixing the underlying fundamental problems.  Pretty much everything in the “trading” economy rests on cheap money.

Thus, the entire “economic recovery” since 2008 has been based on artificially cheap money/credit, and depends on that remaining the case to maintain the appearance of stability.

And then two storms, both having to do with government debt (bonds), hit the debt market.

So, as soon as the Fed over the past month stopped buying bonds (also known as “ending Quantitative Easing”) and instead started selling them to get them off its balance sheet, US government bonds began to flood into the market.

As everybody knows, when there’s not as much demand as there is supply of something, an incentive is necessary to encourage buyers.  In the case of debt, what that means is that the interest offered to induce people to buy debt must rise.

And then came the coup de grâce.

Billionaire-funded Republicans, eager to please the #MorbidlyRich billionaires who paid for their campaigns and are thus responsible for the GOP takeover of our government, borrowed about $1.5 trillion to hand that money over to the Waltons, the Kochs and their network, and others among the billionaire class (and the corporations that made them rich).

As a result, even more government debt (bonds) flooded into the market to finance the tax cut, and they, too, had to find buyers.

All this extra debt, taken on by the Republicans with the #GOPTaxScam (not a single Democrat voted for it), is breaking the back of the government-debt-laden debt-driven market.  Proof of this is that the interest paid on government debt is rising faster than the rate paid on corporate debt (both being bonds, the former private the latter public).

Stocks go down when interest rates go up because higher interest rates make it more expensive for big companies to borrow money.  Had billionaire Trump and his billionaire-funded Republican toadies not borrowed over a trillion dollars to give to the Morbidly Rich, we wouldn’t have seen our 401Ks fall so much in previous days. (It’ll be interesting to see if the Fed pumps more cheap-interest heroin into the economy’s bloodstream by returning to QE; that will temporarily lift markets again, proving the point of this article.)

And, until a modern version of Glass-Stiegel is put into law and the too-big-to-fail-and-now-gambling-like-they-did-in-1929 banks are broken up, these very real and systemic risks will remain in our system like landmines just below the surface waiting for a small trigger to set them off.