Of course, the vice president's clear and consistent record on the issue says otherwise 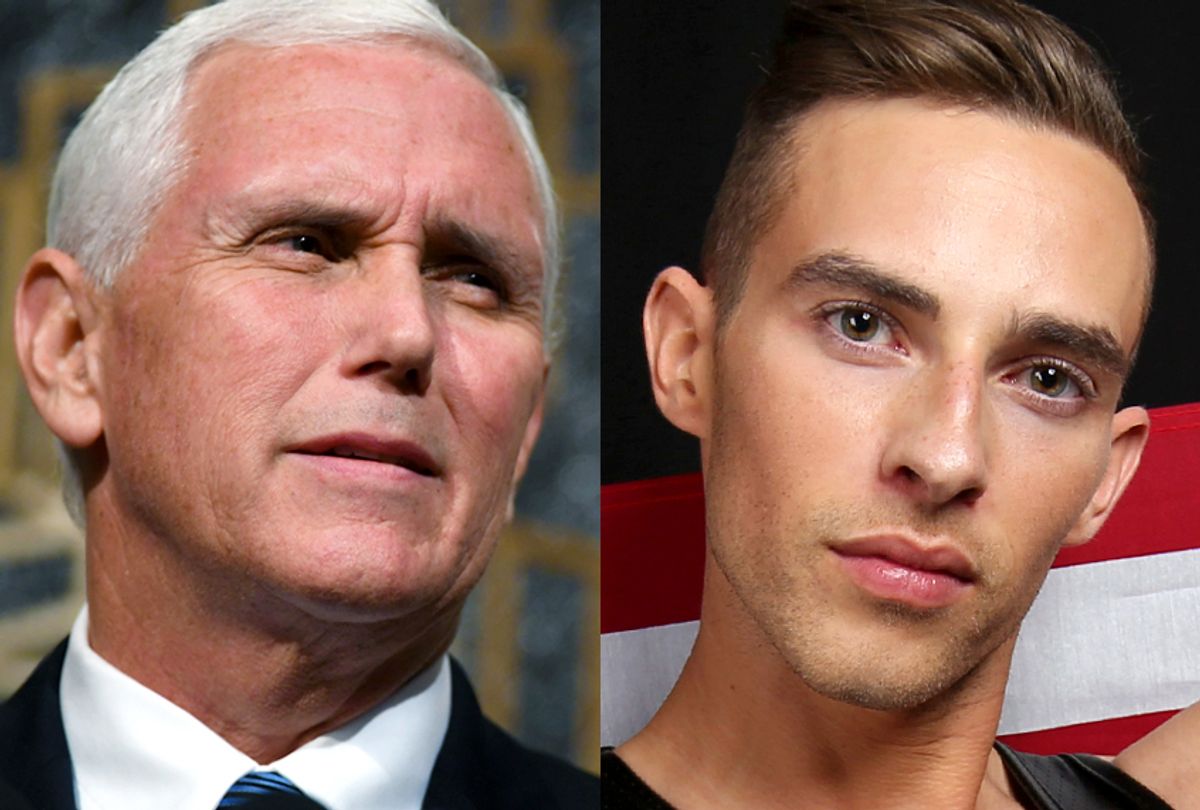 Early this morning, Vice President Mike Pence tried to reach out to U.S. Olympic team men's ice skater Adam Rippon on Twitter. Rippon, the first openly gay U.S. winter Olympian, had reportedly declined to meet with Pence, who is attending the opening ceremony at the games, due to the former Indiana governor's record of opposition to LGBT rights.

Right before he tweeted to Rippon, Pence also referenced to a USA Today story that claimed the vice president "was so concerned about the criticism he received from U.S. Olympic figure skater Adam Rippon that his staff went to the extraordinary length of asking the U.S. Olympic Committee to set up a conversation between the two – an offer Rippon turned down," USA Today reported.

The invitation to meet with the vice president was reportedly a response to Rippon's remarks in a USA Today story published a few weeks earlier, in which the Olympian criticized the decision to send Pence to lead the U.S. Olympic delegation in South Korea. "You mean Mike Pence, the same Mike Pence that funded gay conversion therapy?" Rippon told USA Today Sports in a phone interview. "I’m not buying it."

When asked whether he would meet with Pence at the Winter Games, Rippon said, "I would absolutely not go out of my way to meet somebody who I felt has gone out of their way to not only show that they aren’t a friend of a gay person but that they think that they’re sick."

The connection between Pence and gay conversion therapy is tied to a statement on Pence's congressional campaign website in 2000, in which he wrote, "Resources should be directed toward those institutions which provide assistance to those seeking to change their sexual behavior." These and other actions spurred MSNBC's Rachel Maddow to describe Pence as "the most vociferously and consistently anti-gay statewide elected official in the country."

In Congress, and as the head of the Republican Study Committee in 2016, Pence supported a constitutional amendment that would explicitly define marriage as between a man and a women. He has also called same-sex marriage a sign of "societal collapse" and voted against The Employment Non-Discrimination Act, which barred workplace discrimination based on someone's sexual orientation. As well, he opposed the repeal of Don’t Ask, Don’t Tell and rejected the federal government's directive to allow students to use school bathrooms that correlated with their gender identity.

On top of this morning's tweet, a spokesperson for Pence also sent a rebuttal to USA Today. "The vice president’s office did not reach out to set up a conversation with Mr. Rippon," it said. "As we’ve said before, the vice president is supporting all the U.S. athletes in the Olympics and is hoping they all win medals."