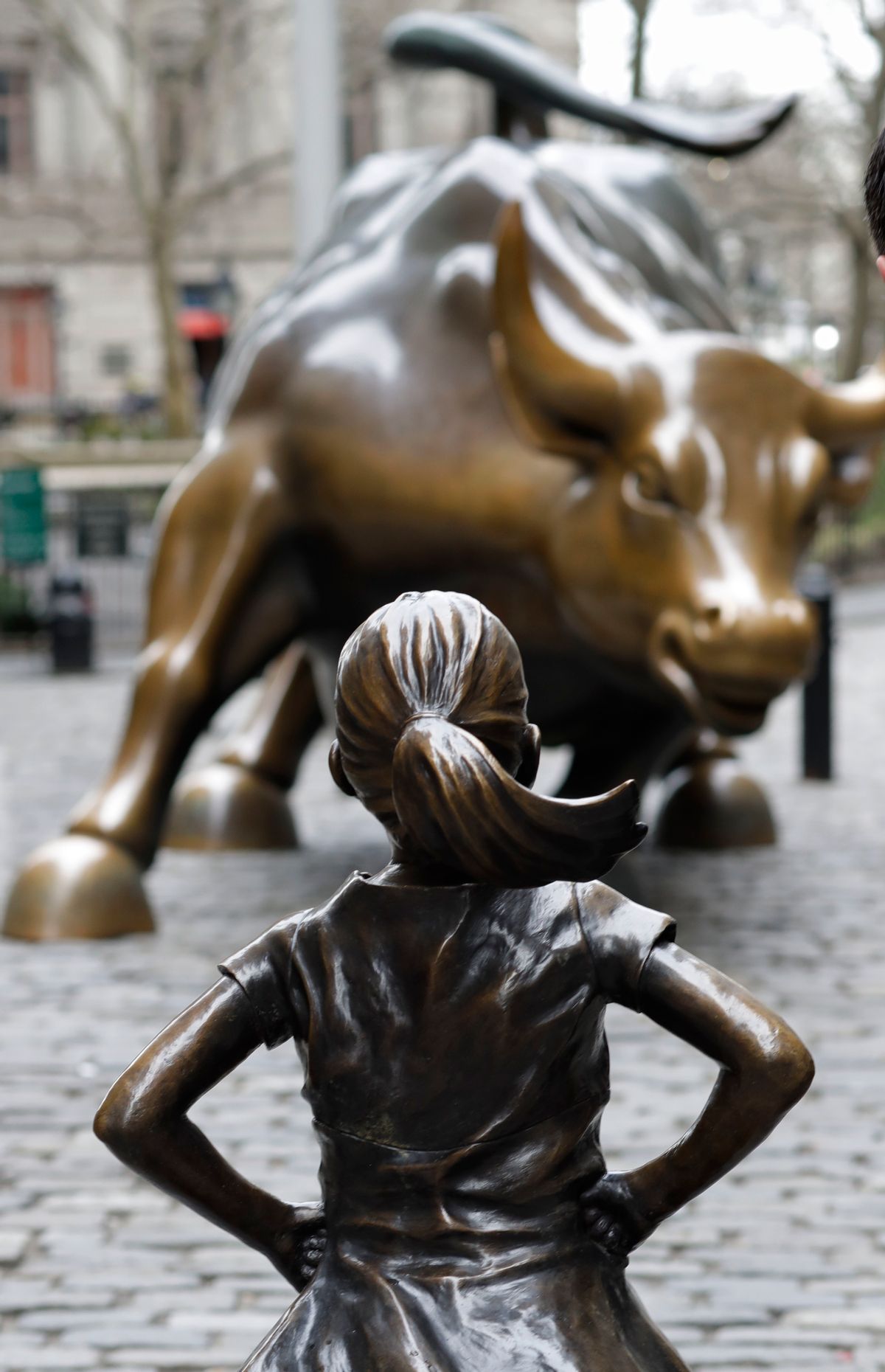 The Dow Jones Industrial Average skyrocketed from 25,000 to 26,000 in just seven trading days, prompting Donald Trump to bluster, "Our economy is booming, investments and jobs are pouring back into the country...We ARE Making America Great Again." Certainly the richest 1% are feeling great. But the stock market is feeding the nation's runaway inequality, boosting the financial wealth of a privileged few while doing NOTHING for the middle and lower classes. The biggest losers are among the most vulnerable Americans, the people who seem to be reviled by the Republicans in Congress.

This is shocking and shameful. The U.S. has taken nearly half of the world's new wealth since the 2008 recession, and the stock market more than doubled from 2008 to 2014 (and tripled by 2017), but the number of children living below the federal poverty threshold increased by 18 percent from 2008 to 2014.

The U.S. maternal mortality rate is booming right along with the economy — out of control and in the wrong direction, as all the other major developed countries have seen a decrease in maternal deaths.

The mistreatment of women is sure to worsen as millions of Americans become newly uninsured, reversing the health benefits of the Affordable Care Act. We're approaching third-world status in parts of our nation. As writer Alex Henderson puts it, "The Lone Star state, where Medicaid and family planning services have been severely defunded by the GOP, [is] one of the deadliest places for women to give birth in the developed world."

That's 50 million American adults with, on average, negative wealth! According to the 2017 Global Wealth Databook (Table 3-4), they fall into the world's bottom 10% of wealth ownership. These are the households with more debt than savings — more U.S. households today than at anytime since 1962. Their wages have been FLAT for almost 40 years while health and housing and education have climbed nearly out of reach.

That's in stark contrast to America's top 5% — all millionaires; and to the world's richest 1%, which took an incredible 82 percent of new global wealth in 2017.

As the richest Americans keep accumulating more and more wealth, they need to diversify their fattening portfolios, and that means real estate to supplement all the stocks and bonds. In major U.S. cities — the only source of jobs for many low-income workers — high-priced luxury homes and apartments are pricing most people out of the housing market. Most insidious is the Blackstone method: buy up rental properties and foreclosed houses (sometimes with taxpayer subsidies), rent them back at exorbitant prices, skip out on the maintenance, hold the properties till prices appreciate, and then cash in for a big profit. The renters are of little concern to the corporate landlords. The money-making firms carry out their manipulative housing schemes, according to Rana Foroohar "with as little capital or risk to themselves as possible."

While 1 in 5 children lives in poverty, 1 in 5 adult Americans have experienced mental illness. Yet since the 2008 recession states have been cutting billions of dollars in mental health services. Incredibly, over 96 percent of public mental health beds have been eliminated since the 1950s. Over half of U.S. counties don't have a single psychiatrist or social worker.

So in this age of soaring stocks and new millionaires, where do we put our mental health patients? JAIL. According to the Treatment Advocacy Center, individuals with severe psychiatric diseases are 10 times more likely to be in prison than in a hospital bed.

A story about McDonnell-Douglas captures the injustice of America's lost pensions. This is a company that morphed into Boeing, using taxpayer money to help build the world's most powerful air force, but then shredded its employees' most vital safety net. A study of almost 1,000 former McDonnell-Douglas workers found that 1 in 7 had to file for bankruptcy in their retirement years.

The market solution of individual retirement accounts is absurd in a world where wages have stagnated for 40 years. In our 'booming' economy most American workers nearing retirement age have little or no savings, and Social Security pays an average of only $14,000 per year, which is less than the poverty threshold for an adult with one child.

Many 75-year-olds consider themselves lucky to have jobs at Walmart.

Even though the economy is 'booming,' we still hear cruel and insensitive and uninformed calls for "entitlement reform," when we should be hearing calls for "tax break reform":

The entire safety net costs between $740 billion and $940 billion per year.

Tax subsidies, mostly for the rich, cost between $1.15 trillion and $1.5 trillion per year.

But the people in power let the rich grow richer while the poor keep suffering.