There's a much smarter way for cities to plan their futures

Social impact, not technology, is a better way to measure a smart city 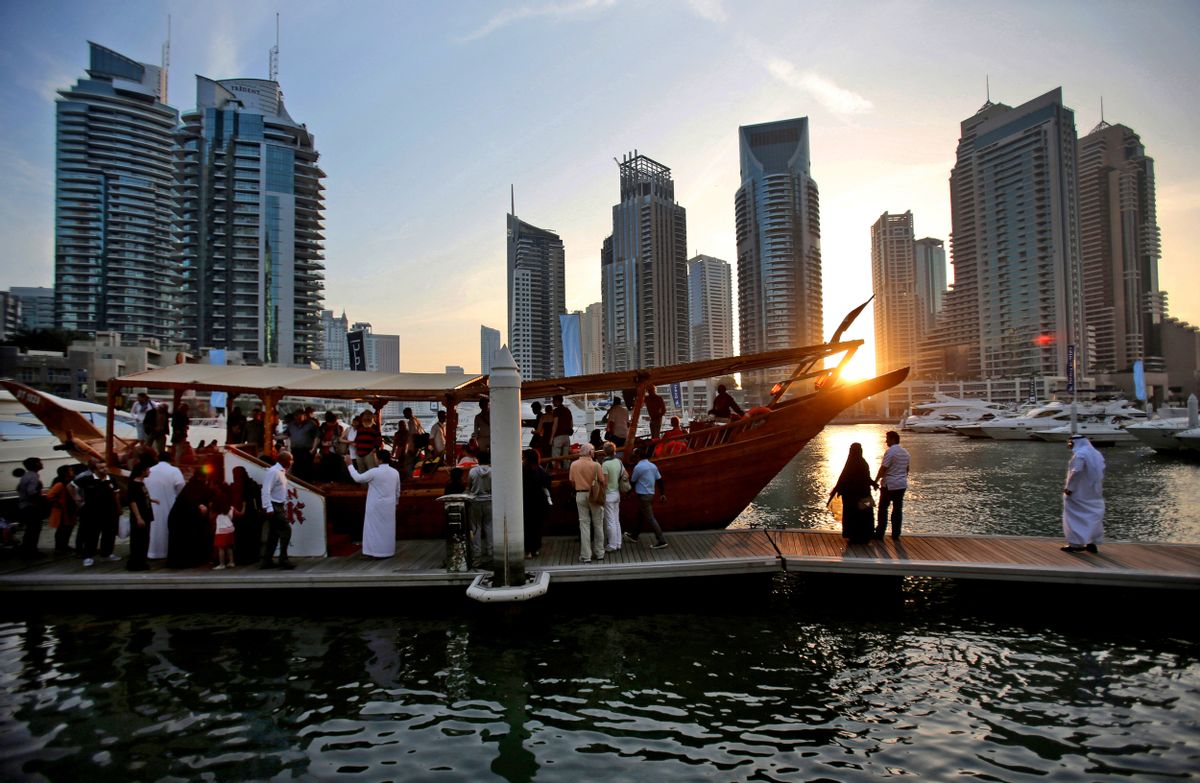 In this March 25, 2015 photo, tourists of different nationalities board a dhow for a cruise as the sun sets in the Marina neighborhood of Dubai, United Arab Emirates. Dubais year-round sunshine gives the Marina a summer-vibe throughout the winter months, when temperatures rarely drop below a comfortable 75 degrees Fahrenheit (24 Celsius) during the day. (AP Photo/Kamran Jebreili) (AP)
--

U.S. cities, it seems, sometimes are setting themselves up for decay, with big tax giveaways, ever-rising prices and systems that put the bulk of the tax burden on the poor.

Often, when the discussion turns to improving a city, the catchphrase is "sustainable" — sounds good, right? But according to smart-city thought leader Talal Abu Ghazaleh, we’ve been looking at cities all wrong.

The city, he asserts, is a “living animal,” and rather than look at job creation or technology, it’s more important to concentrate on social impact.

“A smart city cannot be for the citizens if it doesn’t serve its human purposes. You can have the best technology, the best cleanliness, best roads, best everything, but if it doesn’t take into consideration my comfort as a human being, it is not smart,” he told NextCity, a nonprofit that reports on urban innovations. “Smartness is defined by its level of impact on the citizen and not on the level of the technology.”

Often cities look at growth rates or traditional economic indicators, Abu Ghazaleh explains. But what’s missing in those plans that make the numbers move is the human aspect. Abu Ghazaleh says a “social impact indicator” would give a more accurate indication of the “status of the state of affairs of the impact on society, just like we have the economic and financial indicators that are very visible, very much watched, and very much announced.”

At the same time, many cities, in favor of business models that can move those traditional indicators, have “discounted their local business community and local economic development,” says Olivia LaVecchia, research associate at the Institute for Local Self-Reliance (ISLR). “Some cities haven’t realized how important [local small businesses] are for an economically resilient city” and continue to put their eggs into the baskets of massive corporations, like GE or Amazon.

ISLR approaches cities more as nation-state communities, says Christopher Mitchell, director of community broadband networks at ISLR. They help cities “do their best with what [they] have.” A fundamental question they ask is, “Are resources staying in the community or are they leaving the community?”

Often, the harm a giant corporation or big-box store does to a community doesn’t seem to be measured using traditional indicators. Box stores will use what’s known as the "dark store tactic” to reduce or eliminate their tax responsibility, LaVecchia explains. Since the big-box chain-store business model is to build a purpose-built store that has no resale value, the store, they argue, should be compared with stores that are closed, so a brand new Lowe’s might be valued as closed and compared to other closed stores. With this tactic, big-box stores “are winning big slashes in what they owe in property tax, and in some cases cities have to refund back property tax,” LaVecchia says. Not only is the company not paying tax into the community, the company is extracting ever more resources from the community.

Yet many cities place priority on that type of private sector “growth.” Rather, the focus, Abu Ghazaleh argues, should be on “the impact on the citizen, on the society.”

We have “state-centric” data, such as unemployment data, inflation data, high school completion data, he says. Instead, cities should be looking at “people-centric” data that can show how a society is moving or progressing (or regressing).

For LaVecchia, it’s “about creating a generally supportive environment” — often with zoning policies that restrict franchises, chains and box stores, and facilitate small businesses and walkable communities. Zoning can also be used to bring back the night sky and generally create a happier environment for the community.

And states can also make interesting policies. In North Dakota, in order to own a pharmacy, “you have to be a pharmacist,” explains LaVecchia. “So CVS, Walgreens, can’t open there. It keeps control in the hands of locals, and it keeps it more competitive, gives more pharmacy access in rural areas, with competitive prices. Some evidence suggests a higher level of service. With smart policies you end up with a more competitive environment and benefits associated with that.”

For Abu Ghazaleh, smart isn’t about sustainability in cities. “I think what we need is terms like progress. We need progress goals with a timeframe. We need to have a timeline and not just wait for another 15 years. We have a very serious problem in the world, and that serious problem cannot be achieved by creating buzzwords that make everybody feel happy.”