What does it take for Donald Trump to believe a woman's word? 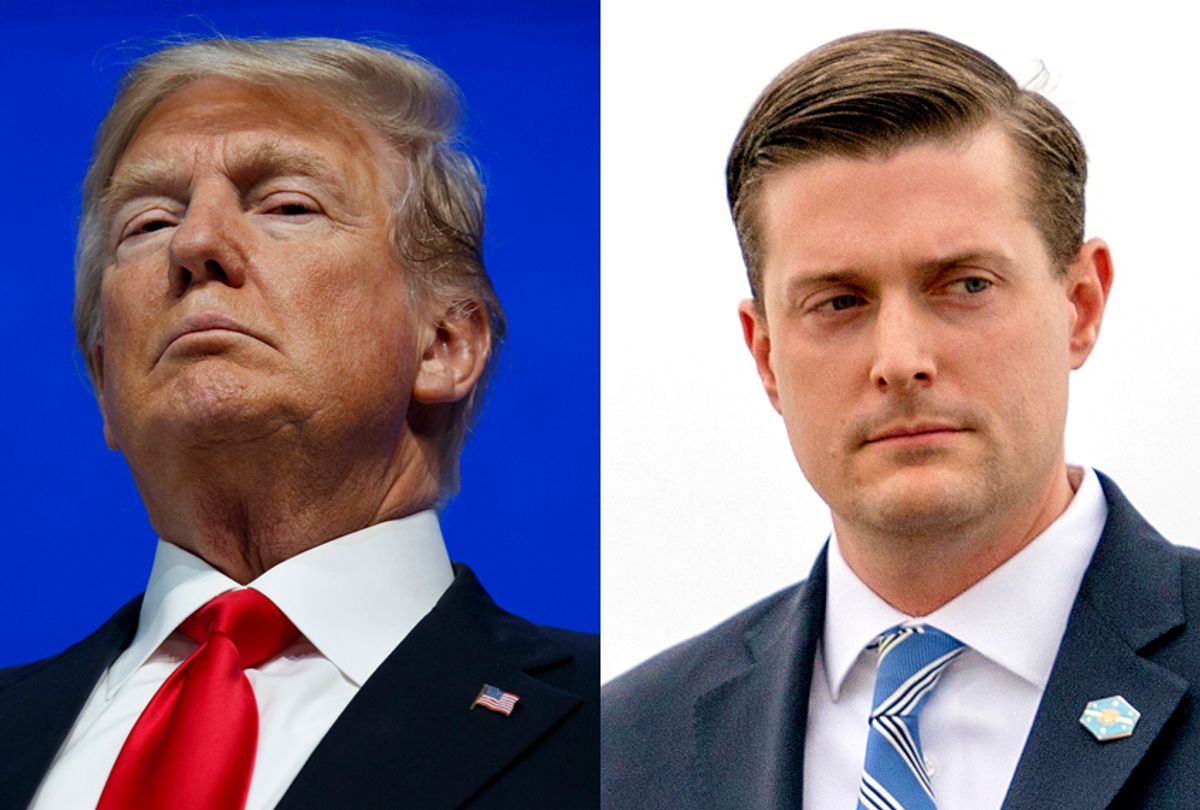 "Well, we wish him well. He worked very hard. I found out about it recently and I was surprised by it," Trump told reporters in his first public statement on the matter. "But we certainly wish him well, it's obviously a tough time for him," he added, offering no words for Porter's ex-wives, who've accused him of domestic violence.

Porter's first wife, Colbie Holderness, provided a photo this week of what she says is evidence of Porter's abuse. Porter's second wife, Jennifer Willoughby, filed a restraining order against him in 2010, according to The New York Times. Without naming Porter, she wrote about her experience in a 2016 blog post:

The first time he called me a "fucking bitch" was on our honeymoon. (I found out years later he had kicked his first wife on theirs.) A month later he physically prevented me from leaving the house. Less than two months after that, I filed a protective order with the police because he punched in the glass on our front door while I was locked inside. We bought a house to make up for it. Just after our one year anniversary, he pulled me, naked and dripping, from the shower to yell at me.

Everyone loved him. People commented all the time how lucky I was. Strangers complimented him to me every time we went out. But in my home, the abuse was insidious. The threats were personal. The terror was real.

Reportedly, senior members of the White House knew for months about the allegations against Porter, as both women said they were interviewed by the FBI while Porter was undergoing security clearance for his White House role. Yet, instead of ousting him, or even investigating further, the White House permitted him clearance waivers and promoted him, allowing him to help craft Trump's first State of the Union address. Porter denies the allegations against him.

"He did a very good job when he was in the White House and we hope he has a wonderful career and hopefully he will have a great career ahead of him," Trump said.

"But it was very sad when we heard about it," he continued, "and as you probably know, he says he’s innocent and I think you have to remember that. . . we absolutely wish him well."

That's nearly identical to the statement Trump gave about accused serial child pedophile, Roy Moore, in Nov.: “He denies it . . . He says it didn't happen, and you have to listen to him also.”

Trump continues to employ a very selective stance of belief toward people accused of physical or sexual abuse. Letting people off the hook for vile and horrific allegations just because they say they're innocent is a privilege only granted to white men in positions of power: think Porter, Roy Moore; think Trump himself. Meanwhile, black and Latino men, wrongfully convicted as teenagers, known as the Central Park Five, are damned for life, never mind what they say, facts or judicial exoneration.