The plot thickens in the Kelly-Porter-Trump triangle 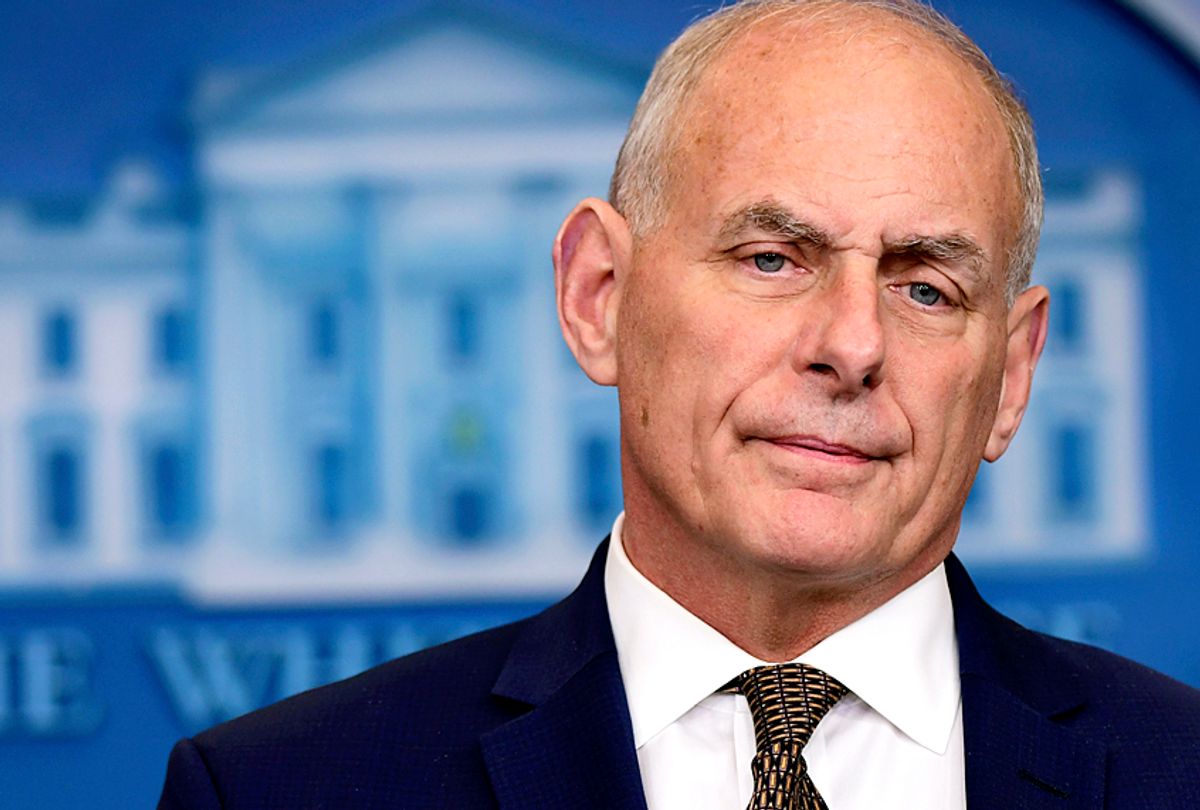 White House Chief of Staff John Kelly has reportedly been murmuring to fellow officials that he's willing to resign over the backlash that erupted over his reaction to Rob Porter's domestic violence allegations, according to multiple reports.

New York Times sources say a resignation isn’t “imminent,” and that no "formal offer" has been made. However, sources told ABC News that Tom Barrack, a billionaire who chaired Trump's presidential inaugural committee, was allegedly approached to gauge interest about the job. According to the report, Barrack said he wouldn't take it. The ABC report also suggested that Kelly is indeed willing to step down.

Reports surfaced earlier on Friday alleging that Donald Trump was furious with Kelly.

“Who does this guy think he is?” Trump said of Kelly, according to a source who spoke with Axios. As far as a replacement goes, the New York Times reported that "Trump has recently asked advisers what they think of Mick Mulvaney, who currently holds twin posts as director of the White House budget office and the Consumer Financial Protection Bureau, as a possible chief of staff."

All of this arrives on the heels of blurred reporting on the timeline of when and what exactly Kelly knew about Porter’s alleged past. If Kelly knew about Porter's past transgressions long before the Daily Mail published photos of one of Porter’s ex-wives with a black eye, the White House indeed hired and protected a known domestic abuser.

White House officials' reactions have stayed in the key of shock.

“He did a very good job when he was in the White House, and we hope he has a wonderful career, and he will have a great career ahead of him,” Trump said. “But it was very sad when we heard about it, and certainly he’s also very sad now.”

According to the report in the New York Times, Kelly tried to clarify the timeline to staff on Friday morning which some officials allegedly knew wasn't true. The report states:

On Friday morning at the White House, Mr. Kelly appeared to be trying to paint his handling of the matter in a more favorable light. At the end of the senior staff meeting, Mr. Kelly volunteered that he had something he wanted to “clarify,” according to people with knowledge of his remarks.

Mr. Kelly went on to say that he had learned of Mr. Porter’s true situation less than an hour before he removed him from his job. Two people familiar with the comments said that most of the staff appeared incredulous; one person said several people in the room knew that the timeline Mr. Kelly had presented was false.

As the meeting broke up, Ms. Hicks loudly complained about what had transpired, a person briefed on the meeting said.