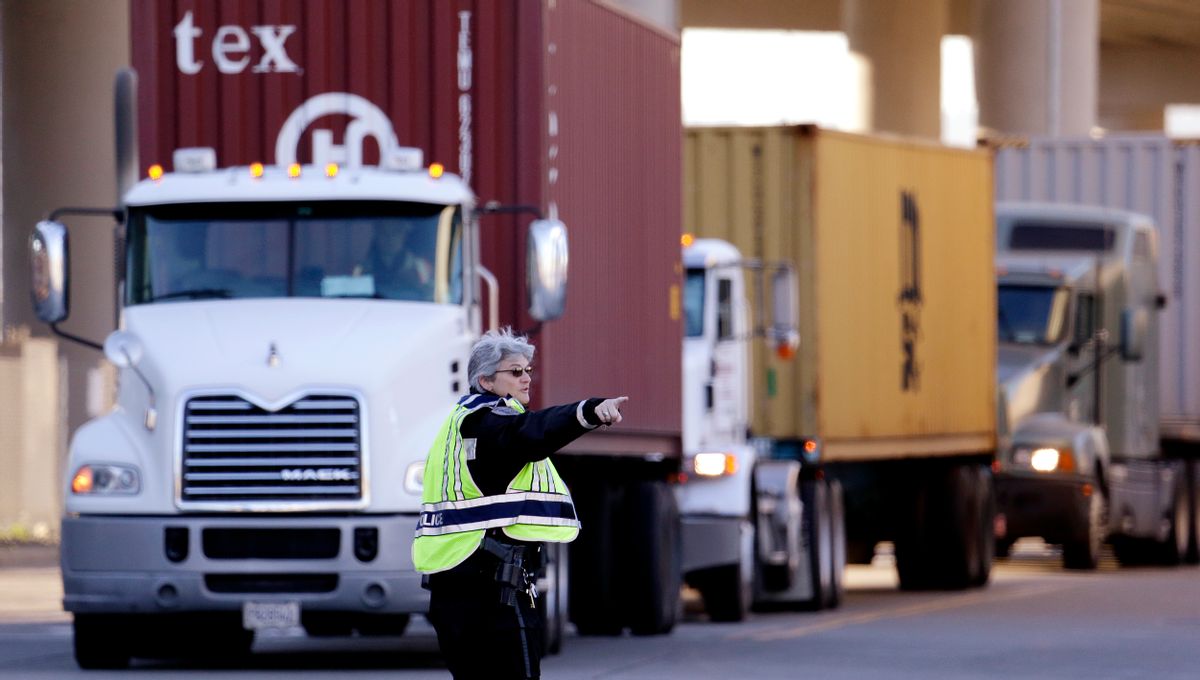 Despite the recent revival of the left in both countries, the days when unions had the power to demand major concessions and win still seem far away. Partly thanks to tough labor laws and employer aggression, their role has become much more about consultation than domination.

Now, however, a comeback looks possible — and not only because of the political climate. Changes in the corporate landscape since the Reagan/Thatcher era point to big opportunities for organized labor. The question is whether unions will try to take advantage.

In the United States, the fall of labor began at the end of World War II as major manufacturers moved production facilities to the non-union South to reduce costs and escape big concentrations of unionized workers like those around Detroit, Gary, Los Angeles and Chicago.

Between 1947 and 1972, Dixie’s contribution to American manufacturing value-added near-doubled to almost a quarter of the total. The big industrial unions saw membership peak by the early 1970s, never to grow again. The UK would follow this trend thanks to the decline of its manufacturing base and Margaret Thatcher’s determination to smash union power in the 1980s.

Another key trend was a wave of mergers and acquisitions in the 1960s, launched by cash-rich corporations benefiting from strong economic growth. This dealmaking grew from about 1,200 a year in 1963 in the US, for example, to a high of 6,000 in 1969, though it was prevalent in many countries. This produced the rise of conglomerates — firms offering a wide variety of often unrelated goods and services.

The unions had been primarily in corporations defined by a single major product line like cars or steel. Being part of a much bigger whole reduced workers’ potential to do damage through industrial action. This in turn made unions less attractive and further squeezed membership numbers.

Many more union jobs were destroyed by the steep recession of 1979-82, and then intensifying competition from globalization by the mid-1980s. Many Western corporations took a page from their Japanese competitors’ playbook and introduced lean production: producing more with fewer workers; more outsourcing; and just-in-time delivery of parts, cutting inventories to a minimum.

Lean production helped companies recover their profitability, but the increase in global competition led to another huge wave of mergers: from 4,239 valued at $206 billion (£152 billion) in 1990 to 11,169 valued at $3.4 trillion in 2000. After 2001 they levelled off to about 7,000 a year, still well above pre-1990s levels. European companies followed a very similar trend, with the UK accounting for the largest share.

But this time capital abandoned conglomeration to redirect production along focused product lines. It created corporations much like those organized by the industrial unions in the 1930s. In addition, this time they involved massive amounts of fixed capital and costs that made them vulnerable to labor actions.

This has been compounded by what is sometimes called the logistics revolution. This refers to a major reorganization of the movement of goods that has become necessary as the just-in-time model has spread through supply chains and the speed of delivery has become intensely competitive in the online era.

Enormous logistical clusters of transport, warehouses, ICT networks and intermodal facilities have sprung up. They are mostly in or adjacent to large urban areas, the biggest including New York, Chicago, Rotterdam, Hamburg and London.

The number of warehouses in the United States has grown one and a half times since 1998 to over 17,000 in 2017, for example. While automation is often a feature, labour still accounts for 65% of average operating costs, while the number of warehouse workers has grown from 356,800 in June 1990 to 830,700 in June 2017. Total logistics employees in America are around 4 million.

These are the people on whom today’s industrially focused corporations completely depend. Really big hubs need upwards of 100,000 workers to function. Take Chicago, with over 150,000 transportation and warehouse workers in the metropolitan area. Or FedEx’s newer Memphis cluster, which employs 15,000 workers directly and 220,000 in related transport and warehouse activities.

In the UK there are clusters around Liverpool-Manchester, the Midlands, Glasgow, and London. The London Gateway port and its 9 million square foot logistics park opened in 2013 and will employ 27,000 workers when fully operative, extending an east London cluster that also includes Dagenham Dock, Tilbury Docks and London Thamesport.

In addition, major UK freight railways are upgrading to create a Strategic Freight Networksimilar to the huge rail corridors in the United States. Altogether, the UK logistics sector employs 1.7 million workers. Across Europe as a whole, logistics investment has grown at two and a half times GDP according to one estimate.

These clusters look highly vulnerable to worker disruption. A strike in a key warehouse or supplier could close production up and down a supply chain, potentially inflicting huge damage on a business’s reputation for reliability among its partners. This could put enormous pressure on employers to grant concessions or recognise a new union without the need for the sort of secondary or sympathy strike action that is illegal in many countries.

It is one of the great ironies of modern capitalism that we are now seeing the massive concentrations of manual workers that business leaders once sought to escape. We have not yet seen unions trying to take advantage of these situations, partly perhaps after decades on the backfoot and partly because the likes of warehouse workers tend not to be unionised.

Yet I know from my research that both union and business leaders are well aware of the risks inherent in the new corporate system and giving them serious thought. In an increasingly angry world, these hubs could become a major flashpoint: it will be fascinating to see whether unions begin trying to capitalize.