Teens find a loophole in Kansas law, and now they're running for governor 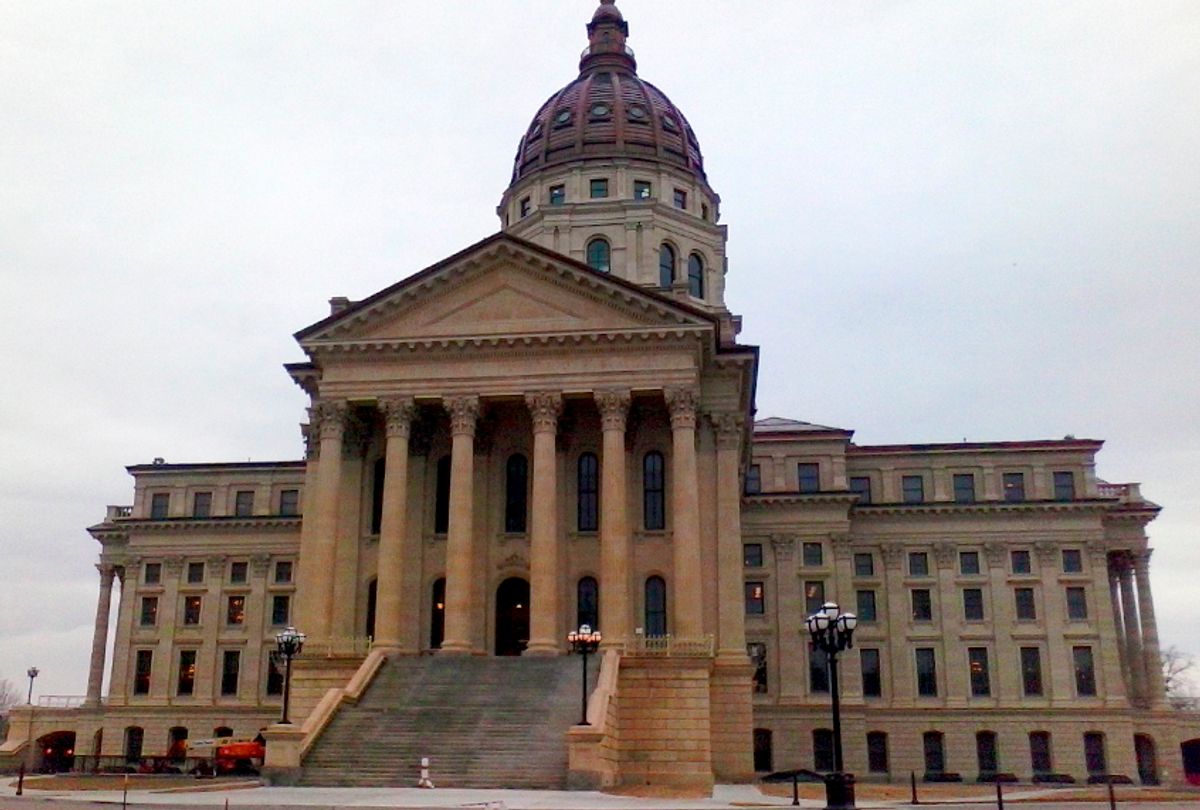 When one teen found out there are no age requirements to run for office in Kansas, he filed papers to run for governor this November. Five other teens followed, entering the race as well.

Now, a total of six teenagers are running for office in Kansas due to a major loophole in the state's law according to CNN.

Ethan Randleas, a high school senior and libertarian candidate for the office, wrote on his website's "About Me" section, "I am running to shake up Topeka, breaking up the stranglehold of statism that has began to cast its dark shadow over our great state." He added, "I may be young, but that does not mean that I am incapable of serving the people of Kansas."

Randleas' competition is Jack Bergenson, a 16-year-old Democrat from Wichita. Bergenson thinks, "It is time to turn to a democrat to speak up for Liberals and Moderates in Kansas." He promises that, if elected, he will "make tax reforms to help the lower and middle class, and stop the 1% from holding all our state's wealth."

Naturally, Kansas lawmakers are now trying to prevent a youth riot like this from happening again.

This week, Republican Rep. Blake Carpenter introduced House Bill 2539. The bill states that candidates running for any government office in Kansas must be eligible to vote in the state, and thus, at least 18 years old and a resident for at least four consecutive years. The bill was referred to the House Committee on Elections in Kansas. Carpenter is the Vice Chair of the Committee.

If passed, the proposed legislation would not go into effect until January 1, 2019, and so would not conflict with candidates who may not meet the new requirements in the 2018 elections.

Kansas is only one of three states, along with Massachusetts and Vermont, that does not have a formal age requirement to run for governor, according to the National Governors Association.