The Thin White Duke foreshadowed his brilliant Berlin trilogy with the theatrical, drug-fueled "Station to Station" 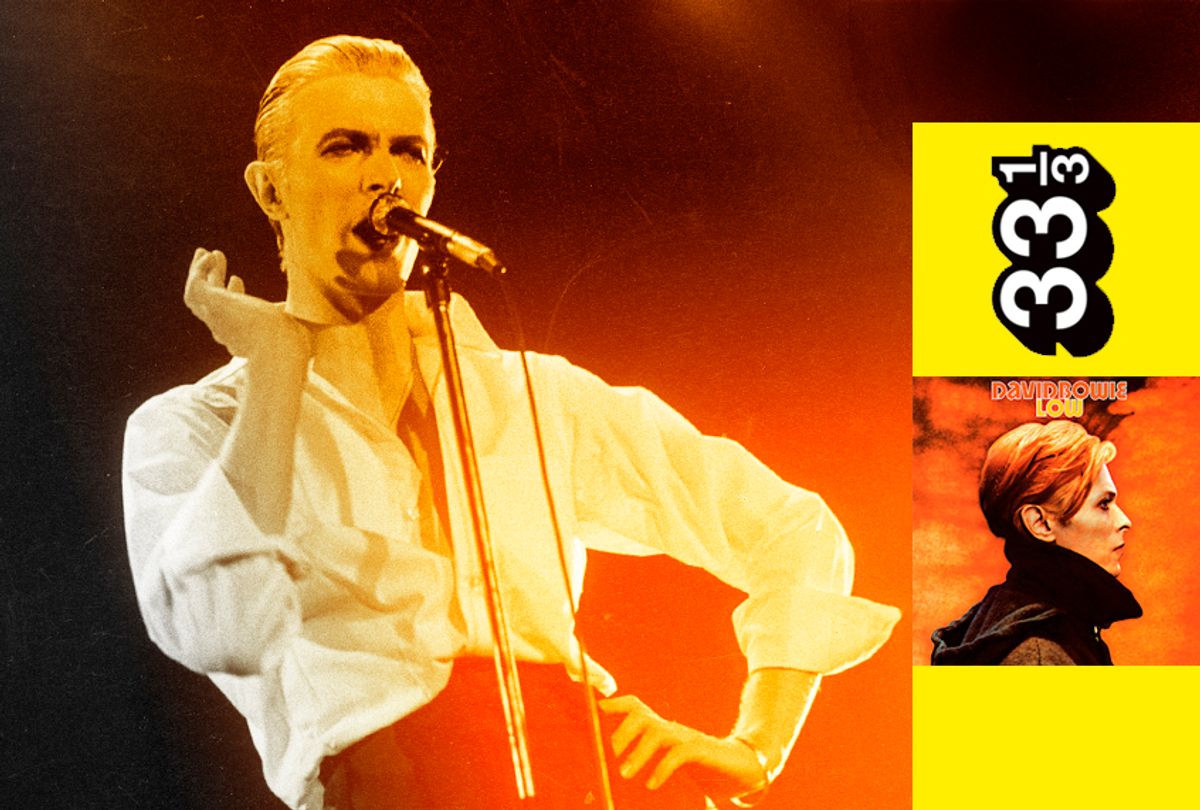 As far as the music goes, "Low" and its siblings were a direct follow-on from the title track of "Station to Station." It’s often struck me that there will usually be one track on any given album of mine which will be a fair indicator of the intent of the following album.
—David Bowie, 2001

I see "Low" as very much a continuation from "Station to Station," which I think is one of the great records of all time.
—Brian Eno, 1999

The "Station to Station" sessions represent the highwater mark of Bowie’s prodigious drug intake. By this stage, Bowie had practically stopped eating and was subsisting on a diet of milk, cocaine and four packets of Gitanes a day. He was leading a vampyric existence of blinds-drawn seclusion in his Hollywood mansion, spliced with all-night sessions in the studio. There were times when he’d start recording in the evening then work all the way through until ten in the morning—and when told that the studio had been booked for another band, he’d simply call up for studio time elsewhere on the spot and start work again immediately. Other times, he could vanish altogether: “We show up at the studio,” says [guitarist Earl] Slick. “‘Where is he?’ He shows up maybe five or six hours late. Sometimes he wouldn’t show up at all.” At this stage, Bowie could go five or six days without sleep, the point at which reality and imagination become irretrievably blurred: “By the end of the week my whole life would be transformed into this bizarre nihilistic fantasy world of oncoming doom, mythological characters and imminent totalitarianism.”

Essentially, Bowie was suffering from severe bouts of cocaine psychosis, a condition very similar to schizophrenia, with its highly distorted perceptions of reality, hallucinations, affectlessness and a marked tendency towards magical thinking. His interviews of the time are classics of messianic delusion, as he raves on about Hitler being the first rock star, or his own political ambitions (“I’d love to enter politics. I will one day. I’d adore to be Prime Minister. And yes, I believe very strongly in fascism.”). The flipside of messianic fantasy is of course paranoid delusion, which Bowie also displayed in spades. He imagined one of his advisers was a CIA agent; a backing singer was apparently a vampire. During one interview, Bowie suddenly leapt up and pulled down the blind: “I’ve got to do this,” he jabbered. “I just saw a body fall.” He proceeded to light a black candle then blow it out. “It’s only a protection. I’ve been getting a little trouble from the neighbours.” How much of all this was theatre and how much delusion? Bowie was evidently past making such distinctions. His wife of the time, Angie, recounts getting a phone call from him one day in 1975; Bowie was somewhere in Los Angeles with a warlock and two witches who wanted to steal his semen for a black magic ritual. “He was talking in slurred, hushed tones, and hardly making any sense and he was crazed with fear.”

Bowie was quite capable of camping up his “weirdness” when it suited him. And yet if only a quarter of the stories circulating about him from this time are true—of his keeping his urine in the fridge, of black magic altars in the living room, of professional exorcisms of his swimming pool and so on—this would still be a man with serious mental health issues, to say the least. On top of his cocaine addiction and related delusions, Bowie was also physically cut off from any kind of “normal” existence. Life at Doheny Drive, where he’d taken up residence, resembled a kind of court, peopled with musicians, dealers, lovers, and a whole host of parasitic shysters and hangers-on. His assistant Corinne “Coco” Schwab acted as a gatekeeper, sorting out the logistics of his life, insulating him from situations and people that upset him. His ability to do anything for himself had become severely restrained. Fame, cocaine, isolation and Los Angeles (“the least suitable place on earth for a person to go in search of identity and stability,” as he’d put it later) had all conspired to spin Bowie off into a very dark place indeed.

Given this state of affairs, the wonder is that Bowie got anything done in the studio at all. And, in fact, by "Station to Station" there’s very much a sense of the artist as well as the man in crisis. It had been a year since the "Young Americans" sessions, and he’d done very little recording since then. In May 1975 he’d taken his friend Iggy Pop in to record some material, but the session had quickly become chaotic, with Pop and Bowie even coming to blows at one stage. This was at the height of his “stick insect paranoia look,” according to guitarist James Williamson, who’d found Bowie slumped at the control booth, enveloped in a hideous wall of distorted noise.

For "Station to Station," Bowie went into the studio with only two songs, both of which were eventually changed beyond recognition. He was accustomed to working extremely quickly—the bulk of "Ziggy Stardust," for instance, was done in a two-week period, itself coming only weeks after the recording of "Hunky Dory." By contrast, the "Station to Station" sessions stretched out over two and a half months, yielding just five original compositions and a histrionic cover version of “Wild Is the Wind.”

“You retain a superficial hold on reality so that you can get through the things that you know are absolutely necessary for your survival,” Bowie mused in 1993. “But when that starts to break up, which inevitably it does—around late 1975 everything was starting to break up—I would work at songs for hours and hours and days and days and then realise after a few days that I had done absolutely nothing. I thought I’d been working and working, but I’d only been rewriting the first four bars or something. And I hadn’t got anywhere. I couldn’t believe it! I’d been working on it for a week! I hadn’t got past four bars! And I’d realise that I’d been changing those four bars around, doing them backwards, splitting them up and doing the end first. An obsession with detail had taken over.” It was yet another consequence of the psychosis, and that eerie, overwrought quality is all over "Station to Station." It’s the cocaine album par excellence, in its slow, hypnotic rhythms, its deranged romantic themes, its glacial alienation, its dialogue with God (“Word on a Wing”), in the pure white lines of the album cover, in the hi-fi sheen that’s clean enough to snort off.