Trump’s insensitive remarks once again reveal his position on #MeToo 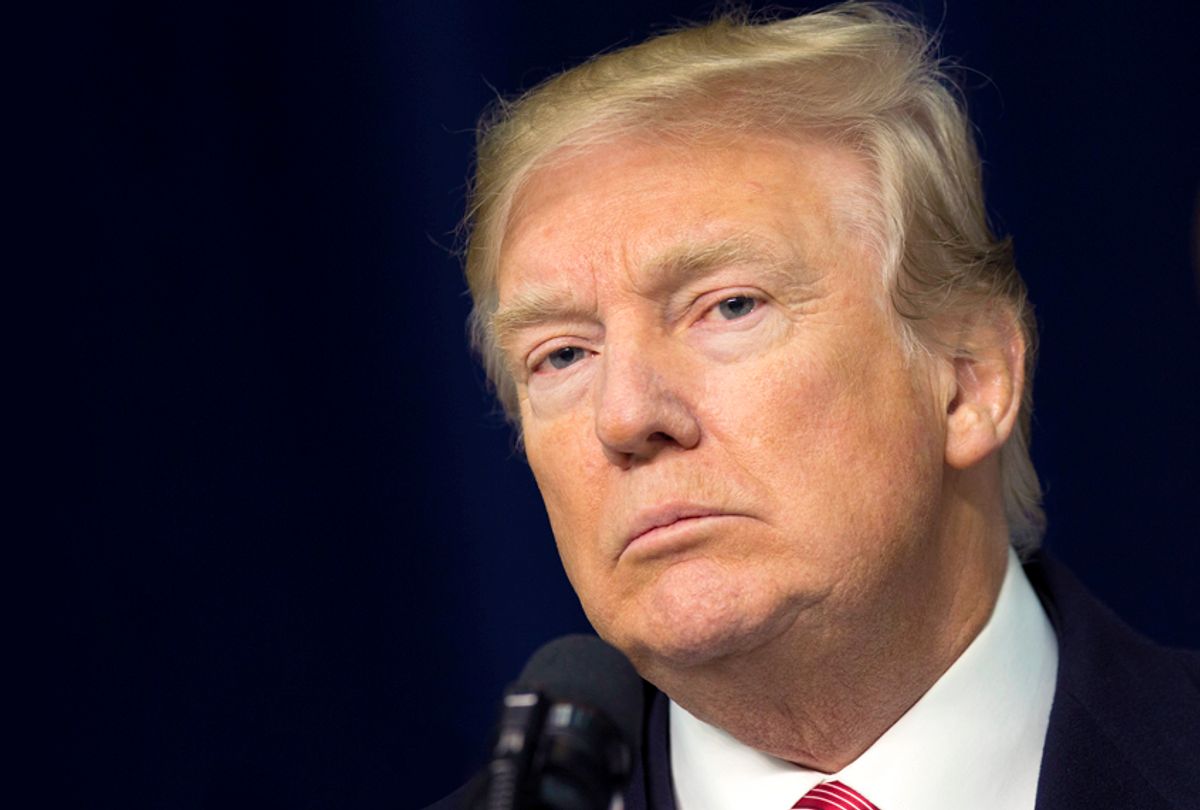 Donald Trump took to Twitter on Saturday morning to presumably reflect on the chaos that has ensued in the White House over the last week. As White House officials attempt to recover from Rob Porter’s resignation, Trump continues to be more concerned about men's lives being "shattered" by allegations—not women's lives being destroyed by domestic abuse.

“Peoples lives are being shattered and destroyed by a mere allegation,” he wrote on Twitter. “Some are true and some are false. Some are old and some are new. There is no recovery for someone falsely accused - life and career are gone. Is there no such thing any longer as Due Process?

“She said that during her marriage to Sorensen, he ran a car over her foot, put out a cigarette on her hand, threw her into a wall and grasped her menacingly by her hair while they were alone on their boat in remote waters off Maine’s coast, an incident she said left her fearing for her life,” The Washington Post reported.

According to the report, Sorensen was part of the Council on Environmental Quality, a division of the Executive Office of the President which did not require a security clearance—unlike Porter who was operating under an interim security clearance.

“He was saddened about it, and saddened by all individuals involved,” Shah told reporters at a Feb. 8 White House briefing.

“He did a very good job when he was in the White House, and we hope he has a wonderful career, and he will have a great career ahead of him,” Trump said. “But it was very sad when we heard about it, and certainly he’s also very sad now.”

Trump’s continuous lack of understanding and support of the #MeToo movement speak volumes.

In December, reports surfaced that Trump said the movement was “spinning out of control.” Three sources who spoke to Politico, said Trump seriously doubted the allegations Roy Moore faced. “Who were these women, he [Trump] asked, and why had they kept quiet for 40 years only to level charges weeks before an election?”

Of course, his apparent indifference toward the movement could be a result of his position in it all—at least 20 women say Donald Trump has sexually harassed or abused them. As many men have faced consequences in the last couple months, Trump remains to be unaffected by the movement, and many have wondered why Trump hasn't been condemned and questioned yet. When will his day of reckoning finally arrive?