Democrats target 12 states to prevent another decade of GOP gerrymandering 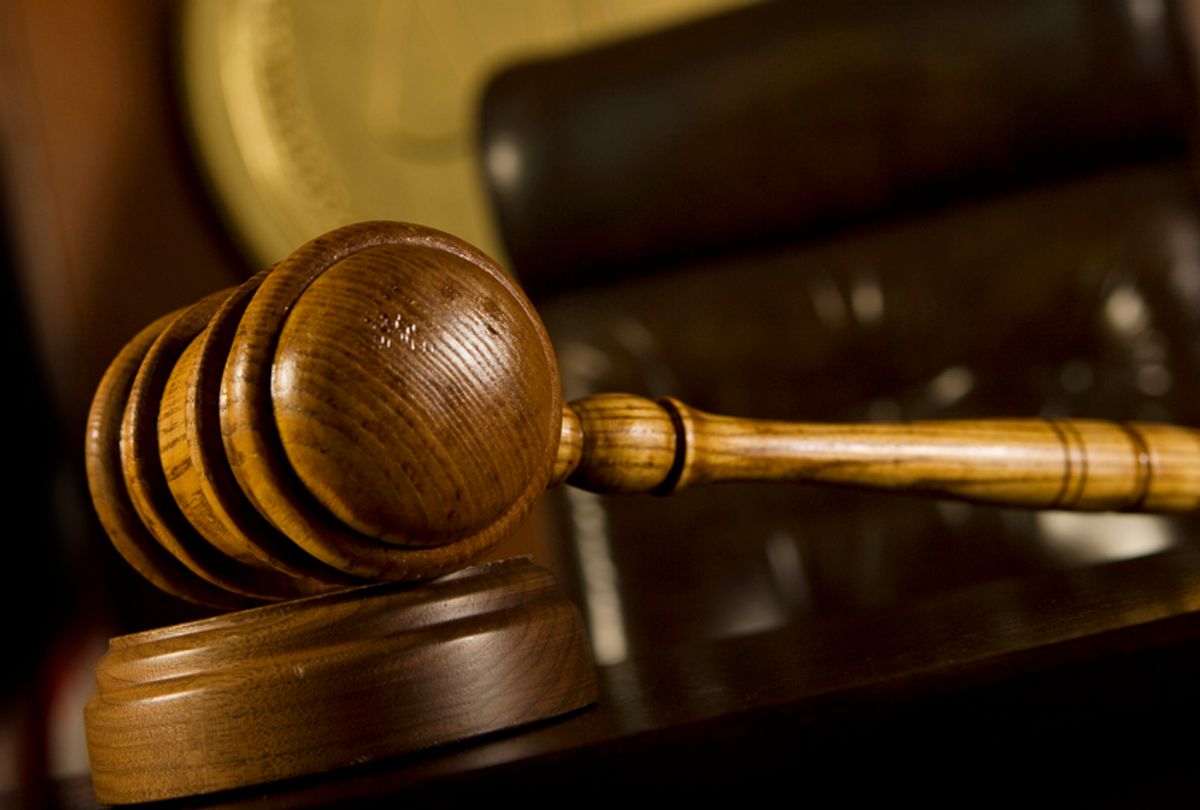 Forget, for a minute, which party controls the House after November’s elections. There’s another decision that will be made this fall that will determine if Republicans will likely dominate the 2020s as they have this decade, in Congress and state capitals.

That fateful decision concerns whether the GOP will monopolize the process for revising political maps that will hold for a decade of congressional and state legislative elections starting in 2022. Ten years ago, after being trounced by President Obama and seeing Democrats take full control of Congress, Republicans plotted a comeback by targeting this same process in 16 states. They wanted to monopolize redistricting and they did, producing gerrymanders that diluted Democrats’ power.

On Wednesday, the National Democratic Redistricting Committee revealed its 2018 strategy. The NDRC is targeting 12 states it believes hold the key to preventing another decade of runaway Republican rule. Their strategy is not to turn the tables on the GOP — they can’t; they’re too far behind. Rather, Democrats hope to elect a slate of governors wielding veto pens and to retake enough state legislative chambers to force Republicans to negotiate sharing power.

“During the last redistricting process in 2011, Republicans had trifecta control [the governor and both legislative chambers] in 19 states, which gave them complete power over the drawing of 213 congressional districts,” the committee said. “The NDRC is committed to changing that and making sure Democrats have a seat at the table in the 2021 redistricting process.”

“This is a critical election year for redistricting because it is the first cycle where the officials elected will serve during the redistricting process in 2021,” the NDRC continued. “NDRC is targeting 12 states during the 2018 election cycle, including 9 gubernatorial races, 20 legislative chambers, 2 ballot initiatives, and 2 down-ballot races. There are eight additional states on our Watch List.”

While Americans keep hearing that the House will be up for grabs as 2018 is turning into a blue wave year, these statewide races—especially for governor where there are open seats due to term limits — are arguably more important if one doesn’t want to live under outsized GOP rule for another dozen years.

“People need to keep in mind that the GOP has key structural advantages,” said David Daley, author of Ratf**ked: The True Story Behind the Secret Plan to Steal America’s Democracy, which documents the GOP’s gerrymander of 2011. “Turnout [next fall] matters. Democrats need to run everywhere, while prioritizing ruthlessly: if they miss these targets in 2018, they will not have another shot at the maps in many of these states until 2031.”

“They also need to understand taking back the House and having a seat at the table in redistricting are two different things,” he continued. “The first could happen. But the second is arguably more important — and that’s a harder, longer fight that needs to be measured in flipping state legislative chambers in key states, and winning seats at the table in 2021.”

Indeed, getting that negotiating power is the goal, NDRC founder, former Attorney General Eric Holder, told the New York Times. “From my perspective, success is if you break a trifecta… I don’t think that in December of 2018, you measure success by whether you have assumed control of a particular state.”

To break up red-state monopolies, NDRC is targeting open governors’ seats in Ohio, Michigan, Georgia, Florida, Colorado, Nevada and Maine. The NDRC also wants to keep Democratic governors in office in Minnesota and Pennsylvania, just as it wants to challenge GOP governors and legislators in Wisconsin and New Hampshire.

In some states, like Ohio, the NDRC will also be targeting the secretary of state and auditor races, as those officials sit at the table shaping political maps. In other states, like Nevada, it wants to break the GOP’s legislative monopoly. It is also targeting ballot initiatives in Michigan, Ohio, Nevada, Utah, Arizona and South Dakota.

“The NDRC is targeting the right states,” he said. “This isn't brain surgery. The states in which Democrats have a serious gerrymandering problem have become pretty obvious. Add up the congressional delegations of competitive swing states Ohio, Pennsylvania, North Carolina, Michigan and Wisconsin, and they send 49 Republicans and 20 Democrats to Washington [for House seats]. It’s hard to make serious inroads into the GOP majority without making gains in those states.”

“This strategy appears focused and realistic,” Daley said. “Democrats need a seat at the table in 2021 when new maps are drawn for state legislatures and Congress. They fell asleep in 2010, and have paid the price all decade. They appear to have understood what happened and how they needed to organize this time around.”

“Governors matter in many of these states because the state legislatures are gerrymandered even worse than the U.S. House” delegations, he said. “In states like Wisconsin, Pennsylvania, North Carolina, Ohio and Michigan, Republicans have kept control of chambers —sometimes with veto-proof supermajorities — even when Democrats get more votes.”

“Unwinding those gerrymanders may take many electoral cycles and a lot of hard work — which the DLCC [Democratic Legislative Campaign Committee] has clearly had some success with in recent special elections,” Daley continued. “State legislatures draw these maps, usually with veto power held by the governor. So if you can't realistically take back a chamber by 2020, the way to earn that seat at the table is by winning veto power over unfair maps in the governor’s race. Otherwise — barring  a U.S. Supreme Court remedy — the party with complete control will have no check [on power] when they sit down to draw [new maps].”

When Daley talks about partisan gerrymanders giving the Republicans a “structural advantage,” he’s referring to the fact that the GOP's 2011 gerrymander aggressively segregated each party's most reliable voters. Using that criteria, the GOP has routinely won House and state legislative seats in gerrymandered states with 56 percent of the vote. In contrast, Democrats typically were packed into districts where they would routinely win with nearly 70 percent of the vote. (These figures come from Supreme Court decisions and other court filings by academics specializing in redistricting.)

When you add in other GOP-sponsored voter suppression tactics, such as stricter ID requirements to get a ballot, the GOP emerges with a starting line lead approaching 10 points. This lead is in likely voter turnout in states that were gerrymandered and adopted anti-voter laws. It is before the first votes are even cast. That’s how high the wall is facing Democrats who want to take back the House.

Knowing these numbers, Daley remains skeptical that Democrats can take back the House this fall. They need to win 24 additional seats to do so.

“Democrats have not swung a single one of those 69 House seats in those five key states in their direction all decade,” he said, referring to Wisconsin, Pennsylvania, North Carolina, Ohio and Michigan. Last November’s results in “Virginia feels like a cautionary tale: Democrats ride a wave to [winning] 15 [new lower chamber] seats, a mightier wave than anyone imagined, but can't take back the House of Delegates despite winning 225,000 more votes. They took the two-party vote by nine points, but fell a seat short.”

“On the other hand, some folks look at all the special election wins [by Democrats recently], and the huge margins that have moved from red to blue in unlikely places, as a sign that a tsunami is brewing,” he continued. “They also look to consistent leads for Democrats on the generic congressional ballot. Turnout will be crucial. Democrats had a 7 to 10 point lead on the generic ballot in October 2016 and it collapsed in two weeks. So we will see. It’s early, and I am happily out of the predictions game, but Democrats have a steep hill to climb… It's not easy, even with a wave. The big problem, of course, is that it should not take a monumental wave to take control of the people's chamber swing. More votes ought to do it.”

Daley also said it was very important to watch what unfolds in Pennsylvania in coming weeks. Last month, the state’s Supreme Court ordered the GOP-run legislature to draw new lines for all of its congressional seats, saying its 2011 gerrymander was unconstitutional. Pennsylvania Republicans are resisting the court, raising the likelihood that the state Supreme Court will revise the map itself.

“Pennsylvania will be very important,” Daley said. “Republicans hold a 13-5 [seat] edge there now. The state Supreme Court has ordered new maps in time for this fall's election, after invalidating the current set as an unconstitutional partisan gerrymander. If Democrats can win two or three seats there, and add that to gains in educated, suburban seats, likely pick-ups in New York and California, and some gains in GOP open seats — well, the math starts to get interesting.”

But there is one big difference between today’s Democrats and the Republicans in 2008, when both were at their political nadir and looking at redistricting as a path out of the political wilderness. In 2009, the Democrats discounted the GOP’s gerrymandering plan, allowing the Republicans to spend $30 million and revive their party and power. In 2018, Republicans, who are in the sights of Democrats led by Holder and the NDRC, aren’t complacent and know what’s coming.

“I think the GOP is well aware that they don't have the down-ballot [races] to themselves anymore,” Daley said. “Republicans showed everyone the importance of state and local races in 2010. Democrats and activists won't make that mistake again. It will cost them — the  Republicans pulled off their REDMAP strategy in 2010 with $30 million. The down-ballot spending on redistricting will be well into nine figures this time around.”

Think about that figure when you receive daily emails seeking contributions to retake the House. The cost of preventing another decade of GOP domination in Congress and state capitals will be in the hundreds of millions of dollars — and many Americans aren’t even aware how important 2018’s governors' races will be.