"Here and Now" and the unbearable whiteness of progressives 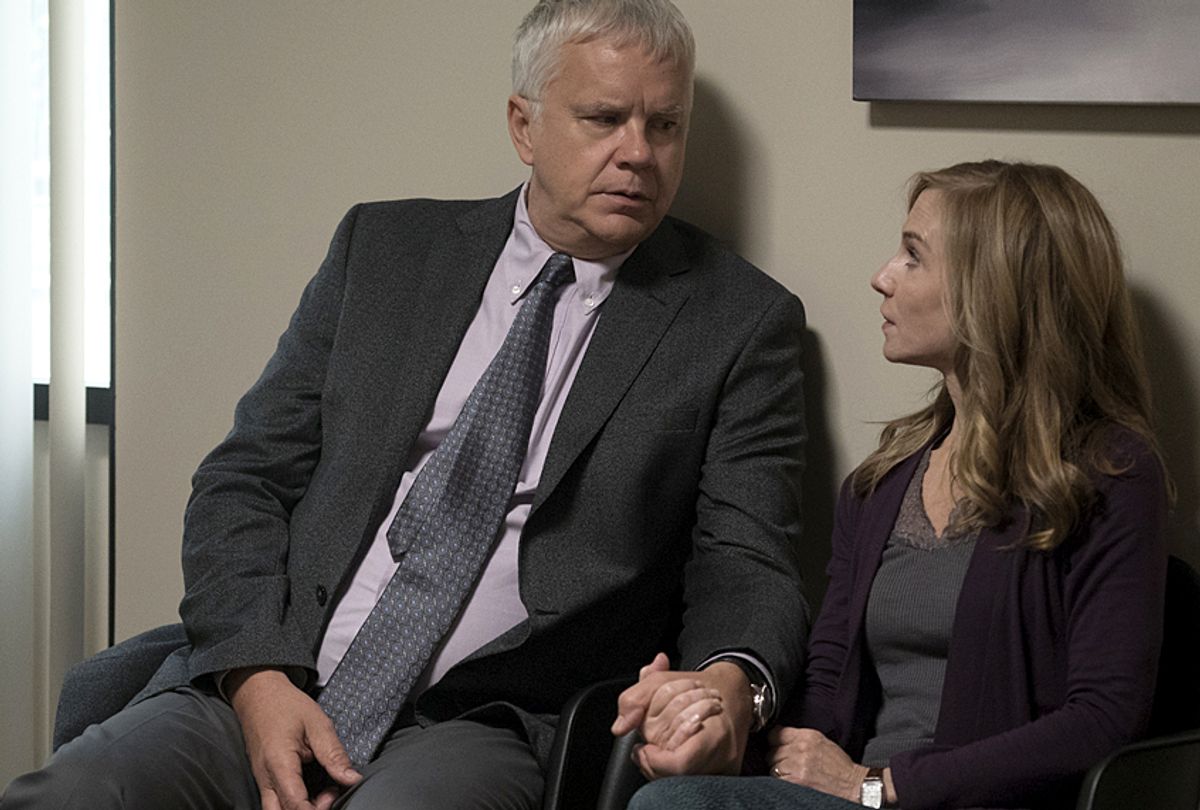 Alan Ball’s “Six Feet Under” meditates on many themes concerning life, love, devotion and legacy over the course of its five seasons, enabling it to hold up even now, more than a decade after it left the air. It’s one of television’s finest thought-provoking family dramas.

“Here and Now,” Ball’s latest drama for HBO, is one of the most irritating exercises in hyper-progressive vanity that’s been foisted upon unsuspecting viewers in a long time. That is no minor feat. The pantheon of TV and film is bursting with white guys who desperately want to save the planet and people of color and, thereby, themselves.

Admittedly, as a person of color who lives in a part of the country where claiming to be woke is used as a sustainable marketing gimmick, Ball’s series probably gives me and others like me more gastrointestinal distress than people living in places less overrun by beards and vegan waifs pissed off that more places don’t honor their gluten intolerance.

Trust me when I say that the premiere of “Here and Now,” delivering its clammy-handed slap to our faces Sundays at 9 p.m., provides plenty of insufferableness for everyone. This is true regardless of your race, creed or political affiliation. At last, here is something we can unite against.

A shame, really, because it stars Holly Hunter and Tim Robbins, two enjoyable actors generally talented enough to elevate even substandard material. Against this smugness, however, their combined skill and winning appeal simply could not hold.

Hunter and Robbins play Audrey and Greg Bayer-Boatwright (ugh), a Portland, Oregon, couple mired in midlife ennui. Greg, a philosophy professor (I am not making this up), is turning 60 and wallowing in depression, a state with which Audrey, a therapist-turned-conflict-resolution-specialist (again, ugh) cannot quite contend.

This is because they seem to have everything going for them, including their adult children Duc (Raymond Lee), adopted from Vietnam; Ashley (Jerrika Hinton), adopted from Liberia; and Ramon (Daniel Zovatto), a gay barista who was born in Colombia; and their biological daughter Kristen (Sosie Bacon). They’re like Brangelina and the kids, except grayer, not as wealthy and infinitely more likely to make you want to throw wet garbage at your TV screen.

“This Is Us” traverses some of this territory, but does so in a way that respects its characters’ individual filtering of identity. The NBC drama is particularly sensitive about the notion that the white parents of a black child they’ve adopted wouldn’t be able to give him everything he needs, and the writers make those parents smart enough, and humble enough, to acknowledge that limitation.

Contrast this with “Here and Now,” which would rather slog through the white person’s vision of the internal struggles people of color contend with simply by existing, and with little attempt on the part of the parents to address the issues with any amount of consequence. Audrey and Greg view their children as outgrowths of themselves, assuming the children's career success to be evidence of their assimilation. Audrey and Greg are the keepers of the West Coast's Sunken Place; they just don't know it yet.

Predictably, all of the children except for the spoiled and clueless Kirsten have some shadowy horror lurking in their memory that no amount of nurturing can erase, because to be a non-white person in America is to have sublimated trauma hidden in your brain, ready to leak out at a moment’s notice.

Conveniently, the writers serve that up to us by way of an interaction with police that goes differently for Kirsten and Ashley in a way you can guess without ever seeing the scene. This is supposed to read as shattering but, like everything else in this show, holds the tension and shock of an after-school special.

Hold the phone, though, because Ramon starts to see “11:11” everywhere, a woo-woo clue from the universe that is supposed to have some cosmic significance. Maybe we’ll find out what that is. But in the short term, Ramon’s revelation simply turns Audrey into more of an anxious wreck than she normally is and leads Greg to pull some Carlos Castaneda-style wackiness, such as wandering into the woods to watch a deer drop a massive deuce. Which does not cure his depression, oddly enough.

In the right hands, “Here and Now” could have sparked meaningful discussions about the shattered dream of multicultural America or the destructive, egocentric selfishness of Boomer culture. One could even envision it succeeding as a series of mordantly comic recurring sketches on “Portlandia.” Unfortunately “Here and Now” takes great pains to fulfill its title as a drama, albeit a bad one with inadvertent overtones of assigning a magical otherness to the non-white characters in its cast, Ramon in particular. A bigger disappointment, though, is the fact that it’s a generally well-acted hour with a few characters worth following. Peter Macdissi turns in a thoughtful performance as Ramon’s therapist Dr. Farid Shokrani, for example, although his tormented relationship with Islam causes tension between him and his devoted wife and son, who are practicing Muslims.

Oh, did I mention the son is gender fluid? Because, Portland.

The Fishers, the family Ball invented for “Six Feet Under,” can be annoying as well. Every one of them struggles to figure out their place in the world and within their family’s structure, which results in spurts of self-involvement and foolish decisions that sometimes led to growth. Tripping over their flaws is a natural result of making progress and growing toward some answer to the question of what it all means — "it" being life.

Some of that drives “Here and Now,” but not enough to keep us from asking ourselves the more pressing question: Why on earth would we want to put ourselves through this scattershot of crunchy drivel? Count me out.

Some people are going to love “Here and Now.” I know this because there are still people running around in the world who love nothing more than to explain the hidden genius of “John from Cincinnati.” One viewer’s inscrutable bucket of pabulum masquerading as a modern existential parable is another’s vision of idiosyncratic poetry. So, I am not one to judge those people. Nor am I one to give them my time. Life’s too short. Spending a few minutes with this show will remind you of that. Spending several episodes with it made me want to scream "Get out."