In the darkness of the Alaskan winter, a beacon of light 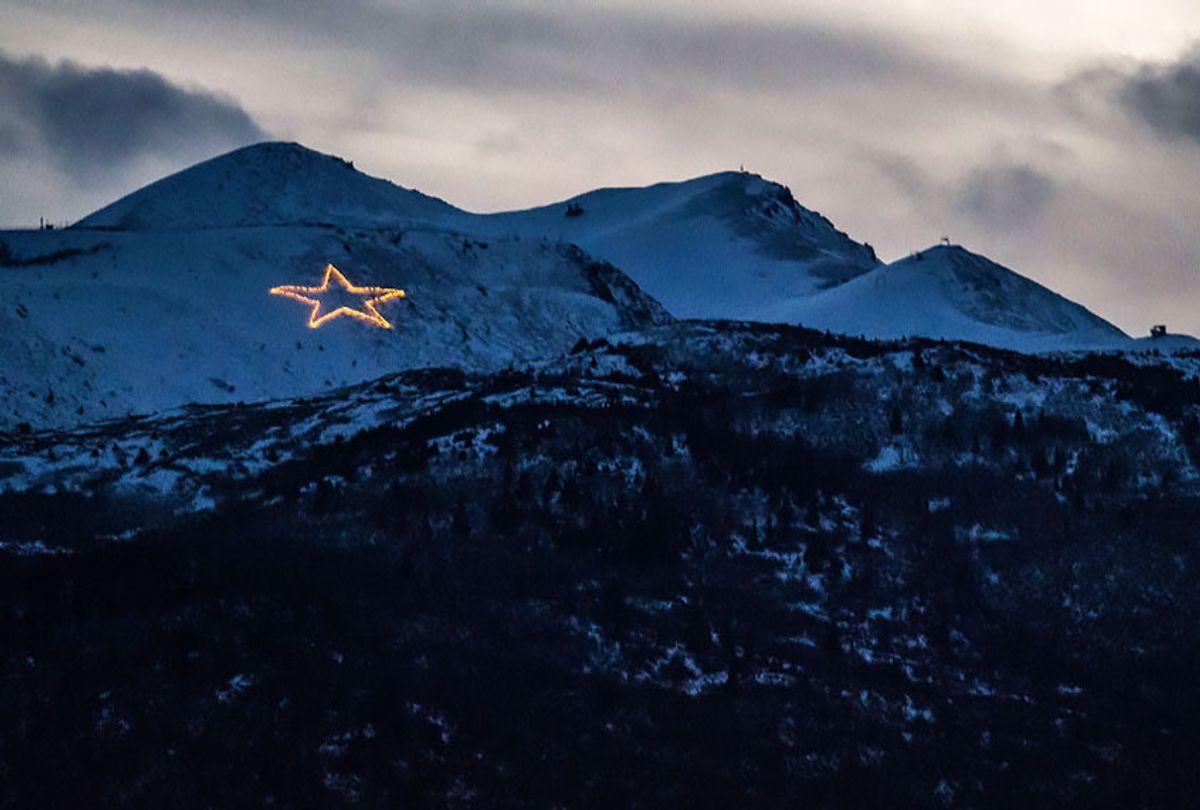 Every year in the dark of winter, on nights when the sky is so black even the mountains disappear, Alaskans in Anchorage turn their eyes north for a glimpse of comforting light.

The Star on the Mountain, a 300-foot five-point illuminated star, sits 4,000 feet up Mount Gordon Lyon on the eastern edge of Joint Base Elmendorf-Richardson (JBER).

Known to locals as the “JBER Star,” it was originally built in 1958 on top of Site Summit, a former U.S. Army missile installation during the Cold War. Back then, the 15-foot wide Star’s shape wasn’t distinguishable twenty miles away in Anchorage.

In 1960, the Star was relocated to the mountainside and widened to 117 feet. It was replaced with the current star in 1989 after an avalanche destroyed the second one. “It’s a very unique lighting. It has to be very wide [in order to] see it,” supervisor Lance R. Davis said.

The Army Rangers were originally in charge of maintaining the Star, but in recent years it became the responsibility of the 773rd Civil Engineering Squadron. Every year, a team of roughly 20 is tasked with making the 45-minute drive up the mountain to complete regular inspection.

The Star’s 60-watt light bulbs are strung together and encased in cement on a metal pole secured into the ground. The poles vary in height but on average stand at about seven feet tall, and every year the crew must replace all 370 bulbs.

Heading out to Site Summit to do maintenance helps build a feeling of camaraderie within the squadron. After finishing up its duties, the team often picks wild berries from bushes nearby or has lunch overlooking the mountain.

“It’s really, really pretty at 8 a.m. in September. You get to see the sun rise on top of you,” Airman Jesse Barr explained.

The Star turns on every year the day after Thanksgiving, and remains lit until the last musher in the Iditarod crosses the finish line in Nome around mid-to-late March. It’s also lit annually on the anniversary of September 11th, in honor of those who died during the attack.

A regular sight since the 1960s, the Star is also an important symbol to the people of Anchorage. “If that star’s not on . . . they’ll let us know,” Davis said.

“Getting to this base, it was the first thing I saw,” Master Sergeant Demond Ingram said. “I’ve been stationed all over; there’s no other base that does that with the community.”

For many on the squadron, Anchorage is their first station, and being a part of the Site Summit team has given them a unique experiences as Alaskans. “Last time we went up there was a pack of wolves right below us while we were eating,” Airman Jonathan Collins recalled.

More than anything, the Star is a reminder of the local history and the relationship between the civilians of Anchorage and its military base. “[Site Summit] used to defend us from the Soviets,” Davis explained. “Now there’s this calming, reflective star.”

“It’s a reminder of the peace that we fight for,” Ingram added.