An exclusive look at the film "Do Not Resist," which explores the rapid militarization of American police forces 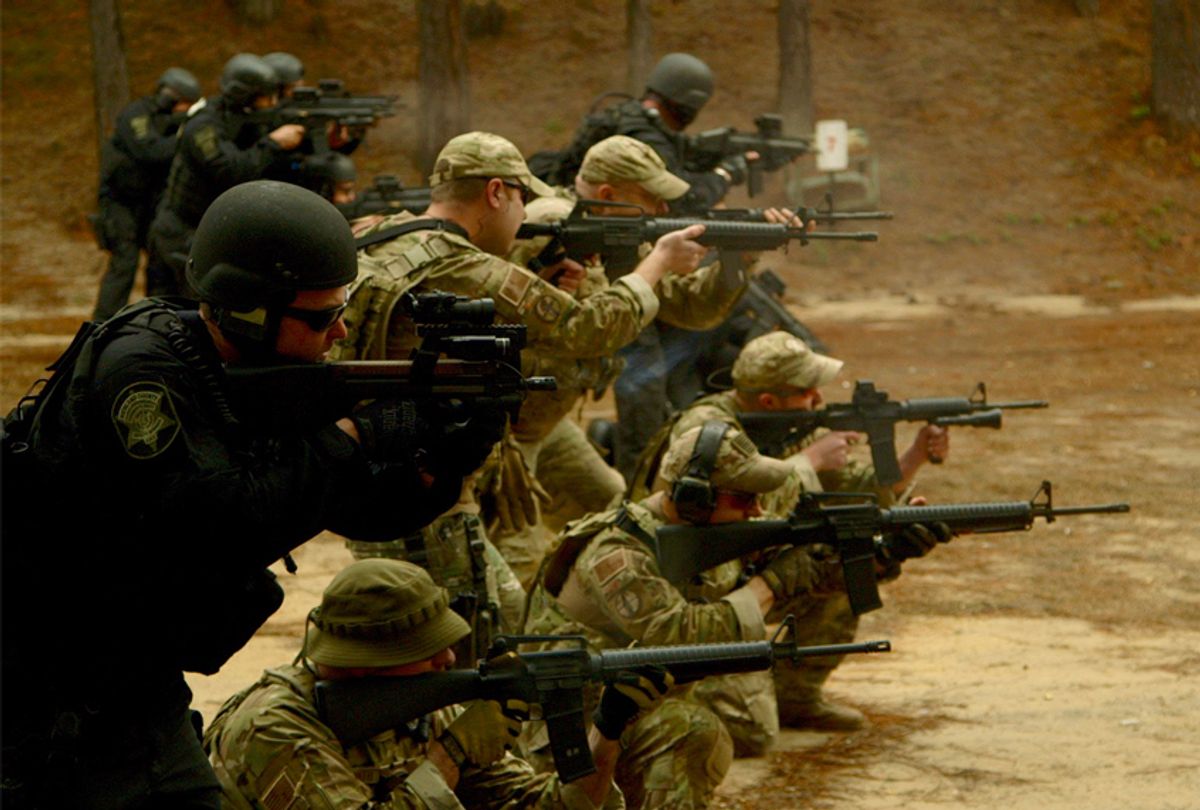 When Craig Atkinson watched the police response in the days following the Boston Marathon bombing in 2013, he was in awe. The son of a SWAT team officer, Craig could barely believe that the vehicles and weapons he normally associated with military forces abroad were being used by local law enforcement agencies at home.

Struck by these new developments, Craig set out to understand what had changed. His subsequent film "Do Not Resist," premiering Feb. 12 on PBS's POV, reveals some startling trends. From police conventions to equipment expos to officer training sessions, Craig's footage gives the best on-the-ground look at the rapid militarization of municipal police forces.

I was particularly struck by one finding in the film: Since 9/11, the federal government has given police departments more than $40 billion in equipment, with no reporting requirements or stipulations on how it should be used. Confronted with this fact, we ultimately need to ask ourselves how this impacts our communities, and if this is the direction we want for local law enforcement. It's a question weighing on political leaders on both sides of the aisle. In the film you'll see political heavyweights like U.S. Senator Rand Paul and former FBI director James Comey offer their view of these trends.

In this exclusive clip of the film for Salon, watch a city council in New Hampshire debate whether to accept a federal grant for a military vehicle and small town in Wisconsin show how it is using a discarded MRAP armored vehicle for drug seizures.

"Do Not Resist" airs on PBS Monday, Feb. 12, at 10 p.m. (check local listings) and is part of a special night examining the state of our nation's law enforcement and criminal justice system. The feature film is accompanied by two POV short films: In "Mother's Day," a charity buses children to prisons to visit their mothers, while in "A Conversation with My Black Son," parents recount telling their black sons that they may be targets of racial profiling by the police.

Both powerfully capture the emotional and psychological impact our criminal justice system has on young people of color and are worthy companion pieces to "Do Not Resist." You can watch the full film and these shorts on your local PBS station or online at pov.org/video.